With the release of X-men Destiny (you are going to have to take our word for it, even though there has been next to no coverage) today, and Batman: Arkham City set to hit shelves in a few short weeks, we thought it would be fitting to examine the best of the best in the world of comic book video games. If you are a fan of the podcast, you may remember us talking about some of these games on NoTR 35. If not, we are here to rank them officially!

In order to keep the list simple, we wanted to make sure the games were originally comic book properties turned into video games, and not video games that were influenced by comics (sorry inFamous, Comix Zone and City of Heroes/Villains).

I’m sure this will be a controversial pick especially when we get to number 9, but it is a fantastic fighting game with a ton of Marvel characters and stages. Marvel vs Capcom 2 gets the nod over the original and the recently released Marvel Vs Capcom 3 for the sheer fact that it includes more comic book characters.

Most folks would argue, that Marvel vs Capcom is a better fighting game than MK vs DC, and for the most part they wouldn’t be wrong, but MK vs DC is a better comic book game for the simple fact that the characters and universe matter. While Marvel vs Capcom does a lot towards fan services, the characters could be replaced by anyone and yield a similar game. The strength of Mortal Kombat vs DC Universe is how it meshes the two worlds together into a solid fighter that pays homage to both series’ roots.

Perhaps, one of the most underrated games on our list, following in the superior Spider-man 2 (you’ll see it soon enough), this title minimized web swinging/open world antics for a more stream-lined and focused experience. What you get is a solid action game starring everyone’s favorite neighborhood Spider-man, and a lovely comic inspired art style to match.

2005’s The Punisher, developed by Volition for THQ really had no reason to be so good, but it was. Written by the legend that is Garth Ennis the story is a really cool amalgam of “Welcome Back, Frank” and the 2004 Punisher movie, complete with cameos from familiar heroes like Iron Man and Black Widow, but that isn’t the best part. The gameplay itself is true to everything that Frank Castle is: brutal, unrelenting and downright gross at some point. The mechanics work great, and while the interrogations may get a bit routine by the end, the sheer brutality of them never lets them become boring. And if you do get bored with them, the awesome amount of upgradeable weapons, melee kills, cheats to unlock and high scores to beat will keep you busy and entertained for quite a while. Pure, unadulterated fun at its best and extremely tight controls The Punisher a spot on this list. Tom Jane voicing Frank doesn’t hurt either.

Never has a game lived up to its name quite like Ultimate Destruction. This game put you on the path of destruction as the Hulk allowing you to use the environment as not just a means of travel but combat as well. Ripping a car in half to use them as boxing gloves or swinging a power pole as a baseball bat just made you feel like the giant green monster inside.

The finest example of co-op play in a comic book game, being able to craft you team of X-men/Brotherhood mutants to combat the threat of Apocalypse hasn’t been done better. While Marvel Ultimate Alliance 1/2 opened the door to more characters, the games also suffered from simplifying or eliminating many of the RPG elements that made these games a blast to play with your friends.

Not often are we given games that aren’t just as good as their source material but far exceeds it. That’s just what happened with 2009’s Wolverine Origins. This God of the War-inspired action game gave us a truly brutal Wolverine as he ran through humans, robots and mutants alike. The use of his mutant powers were handled extremely well including his feral sense and rage. A bloody good time. 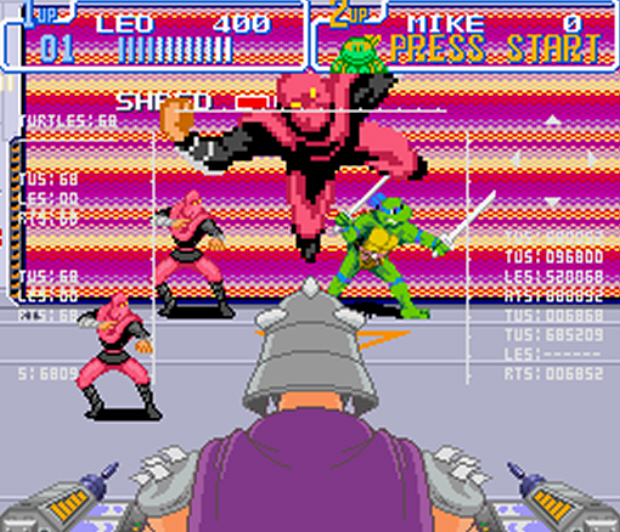 I’m sure some people will scoff at this selection while others will openly applaud it. But when you think about the SNES/Genesis era, there is no finer comic book game. Sure there were a ton of great beat-em ups, but Turtles in Time was something special. The ability to pick between the 4 Turtles (and having both a classic and comic book inspired art style), the fantastic boss battles with some of the most memorable foes from the animated series, the music, the ability to toss your opponents into the screen, the time-traveling! The game had it all and still stands up to this day (As long as you don’t play that gawd awful Re-shelled version!)

The webslinger’s finest moment on consoles to date, and also the best movie based comic book game out there. This game introduced a truly terrific open-world format to the Spider-man lore, and made you fall in love with web-swinging. A really refined combat system and diverse cast of characters round out this package.

As this list has shown, there have been tons of good to great games starring comic book characters. For the most part they, they were only good games on their own. Batman: Arkham Asylum showed that not only could you craft an awesome game around a comic book character, but you could also create one of the most memorable games of all-time. The game’s blend of action, stealth, iconic villains and location really creates a one of a kind experience (well we shall see if that’s true when Arkham City hits). Bringing back fan favorites, Kevin Conroy and Mark Hamill, to voice Batman and The Joker, respectively is only the icing on this delicious cake!