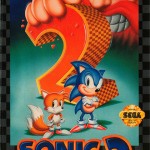 It has been some time since we last did a Sonic Saturday, but today marks the 20th anniversary of the release of Sonic the Hedgehog 2 and it is a Saturday. You may say you don’t believe in coincidences, but this it too much of one not to do a little write-up on the game.

From a personal standpoint, Sonic the Hedgehog 2 represents a major landmark in gaming for me. It was the first game that I owned. To explain that a bit, I come from a large family, a very large family in fact, and we had video games. We owned a NES and an SNES and several other consoles that I didn’t really play. We shared the consoles and we shared the games. So while I had access to Super Mario Bros games and CastleVanias and others, none of them were really my game. In the fall of 1992, I received my first console, and it was wholly mine. It was the SEGA Genesis and along with the console I got Sonic the Hedgehog 2. As a child, I didn’t realize how close to release that was. In addition to Sonic 2, I also got Batman Returns and Altered Beast. That Christmas helped define me it seems.

Sonic the Hedgehog 2 also represents my standard for video game music. While there are many games that have come out with better music and themes, Sonic 2 remains one of my favorites. In my head, I compare a lot of music to how memorable and catchy it is compared to the music in this game.

Aside from my personal experience with the game, Sonic the Hedgehog 2 also represents a lot of important moments for the Sonic franchise. Unlike previous franchises like Mario and Zelda, which switched up the formula for their 2nd outing, Sonic went bigger and better. The biggest change came with the addition of the spin dash. A move so vital to the success of the Sonic formula, it is hard to believe that it wasn’t included in the original game. The move just gelled with the game design and made for a much more enjoyable experience. 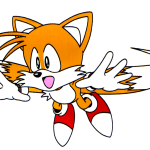 The other major addition to the series is that of Miles “Tails” Prower. Sonic’s number 2 added an interesting co-op feature to the series. While the character playing as Tails had some of the same moves of Sonic, they really didn’t suffer theÂ consequences. If they died or drowned or were pushed off screen, they would simply fly back a bit later on without any of theÂ penaltiesÂ that Sonic would suffer.

When another player isn’t controlling Tails, he would simply follow Sonic around all the time. He was a great diversion allowing the character to take an additional hit for Sonic or collecting rings by accident. It was a nice addition, but would better be fleshed out in the next game in the series.

I already touched on the music of the game, but a special nod has to be given to the level design. The Sonic series should be given all the credit in the world for going away from the conventional plaforming tropes. There aren’t just ice and water and desert stages. Instead you get a stage set in a casino. Enemies that prove to be difficult to combat from the front, but throw your momentum off completely from the back. There are stages set in elaborate mines. A stage in an oil refinery and of course a stage on top of a tiny airplane. All were fun, creative and mixed up the game play.

So if you own it on the Genesis, or own the Sonic MEGA Collection or the re-releases on XBL, Virtual Console or PSN, today is a good day to crack out your copy of Sonic the Hedgehog 2 and give it a run!