I know we don’t typically talk about the news of the day on the site, by my design, but I figured since was already babbling on about this film might as well share my thoughts.

One can’t help but wonder if the success of Pacific Rim, which was able to cross 400 million worldwide, influenced the decision any. I mean Power Rangers is a known quantity, and probably wouldn’t cost nearly as much Pacific Rim did to create. At least, it really shouldn’t. 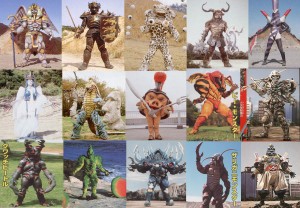 Who will they fight?

It also helps, that at least from my vantage point, it’s really difficult to screw up a Power Rangers film. You aren’t taking a property that was beloved for its compelling plots or even great acting. While I would love to see an improvement on both fronts for this reboot, it’s not necessarily what people are going to be invested in as this movie begins production. Though it would be a great opportunity since this film would also be divorced from any of the TV-show cast, and one would assume that there would be no crossover unless they really want to muddle the questionable timelines as it is. 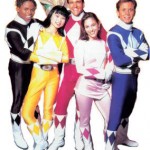 Speaking of the past and the cast, I wonder if they will try to lull any of the older Rangers back for appearances in the film. While I want it to be a complete clean-break for a reboot, it would be nice to see them as background players. Billy could be a science teacher. Jason could be the new Ernie something. Just a bit of fan-service

Anyhow, I’m sure we’ll have more on the Power Rangers movie as it becomes available. Especially when that first trailer hits. Until then, leave us with your thoughts on this most interesting project.