Deadpool made his live-action debut nearly 7 years ago,  and for nearly 7 years fans have been doing their best to wash that terrible taste out of their mouth. It’s not often we get a Cinderella-story in Hollywood (well you know not an actual Cinderella story) but that seems to be what Deadpool is. After languishing in development hell for years, it was an opportunistic “leaked” trailer that really pushed interest in the film over the edge. And here we are a few years later, but does this movie finally give Deadpool the starring role he deserves?

A former Special Forces operative turned mercenary is subjected to a rogue experiment that leaves him with accelerated healing powers, adopting the alter ego Deadpool. 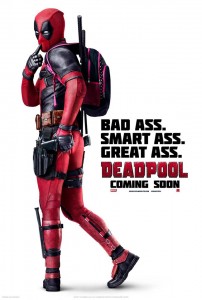 1. The Merc with a Mouth Gets a Mouth – Let’s just get this out of the way, one of the biggest crimes in Wolverine Origins was that they sewed Wade Wilson’s mouth shut. That’s like making a Superman movie where he has no powers or a Batman movie where he is as dumb as an ox. You don’t bury a character’s most distinct trait.

But there’s nothing to fear here. Deadpool’s mouth is wide open and he uses it. And he uses it a lot. Like any good comedy, the jokes come quick and often so that if one bombs, another isn’t too far behind to pick up the slack.

There’s even some brilliant 4th Wall breaking moments. One of my favorite ties into the X-Men movie lore.

2. Dead’s in the Title – The movie racks up a body count. Deadpool makes a point that he is no hero even though that’s part of his arc, and it is resolved wonderfully in this film.

That said while the movie gets the right amount of blood and gore going, I didn’t find the action to be anything really special. Don’t get me wrong it’s good, but after seeing so many other comic book movies there’s really no spectacle to it. Nothing that’s new or exciting with his powers really. I guess the writers/director knew that so a lot of it is covered in humor to really sell the scenes.

4. And The Rest – Deadpool is joined by a… well fairly generic set of side characters, which the movie smartly calls out in the opening credit. There’s the sarcastic best friend, who is played well by TJ Miller. The love interest, Morena Baccarin (Who is making a living as a hero’s girlfriend with being Talia in the DC Animated movies, Leslie on Gotham and now Deadpool), who isn’t given a ton to do in this movie. Though their courting montage is absolutely fantastic.

Ed Skrein plays the main baddie, Ajax, who gets to be the generic evil European with a twist… kind of. If you’ve never seen The World is Not Enough, he is immune to pain due to some mutation. Gina Carano plays his second-in-command and the movie is wise to use her stature more than her acting. She hardly has any dialogue in the film.

The real standout is Brianna Hildebrand as Negasonic Teenage Warhead. Sure, she plays a generally apathetic and snarky teenager, but it’s such a fun contrast against the loud-mouthed Deadpool, and her mentor, the somewhat too stoic Colossus, who seems even more massive in this film than his previous turns in the X-Films. 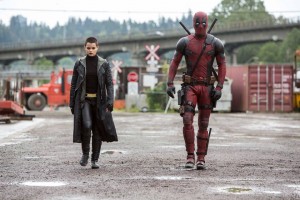 Oh and can’t forget Deadpool’s resident transportation Dopinder played by Karan Soni. His little subplot is a lot of fun to watch though sadly… it lacks a proper conclusion.

5. Sound of the Dead – The movie makes good use of music. You’ve probably heard the DMX song more than you care to in all the marketing for the film, but there are others sprinkled throughout the film. And as a whole, I think the marketing has done a good job of focusing on select scenes so that there is plenty to discover in the movie.

The score itself doesn’t have that one theme that stands out, but the music as a whole was solid and enjoyable. 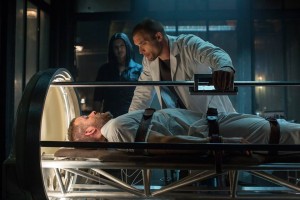 6. A Movie in 3 Acts or Something – I noted before that this is an origin film, and aping the success of Batman Begins, it’s an origin that mixes the current day with flashbacks to showcase how Wade W. Wilson became Deadpool (even where he got the name from). Unlike Batman Begins though, there isn’t a ton of forward movement in the current day (see my plot complaint above). So a lot of the movie takes place during the opening scene as we splice in extended flashbacks. It was an interesting choice that mostly works, but do feel like the bridge fight goes on a bit too long.

On the bright side though, Deadpool’s origins is very unique in comics. It’s not really born out of tragedy or even personal loss. Which would also explain why he doesn’t turn hero even with his mutation.

7. The Costumes – Deadpool is roughly set in the X-Men universe (being the first film after Days of Future Past makes it hard to know which universe), but it’s one of the most… loyal to the comics in terms of design. Deadpool’s costume is probably one of the most faithful on-screen recreation. Colossus’ looks spot on and Negasonic even spot colors in her X-outfit. She must be aping from The First Class cast!

We even got a nice nod to the original Spider-man film with the creation of the Deadpool costume.

Review 6 (out of 7) – This review seems to be more mixed than the score would lead you to believe, but Deadpool really does nail what it is going for. It’s a one-trick pony done well and much better than the sums of its part. Totally worth checking out.