The Legend of Zelda: Legendary Moments 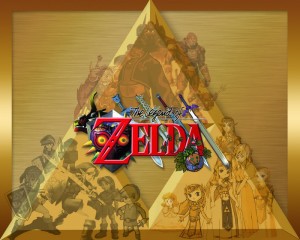 When Link and Zelda fight Malladus together in Spirit Tracks.

The descent into old Hyrule in Wind Waker. Such a “Oh My God” moment.

Minish Cap, when you fuse your first kinstone, and an addiction is born

Mine would be that first time you jump on the horse/boat and start your adventure.Â The music alongside a great open spanning view of your future conquest always makes me feel like I’m on a real adventure.

First time on the moon in Majora’s Mask

–gleboffÂ (in case you were wondering where he went after his absence on the podcast!)

Becoming adult link for the first time in OoT?Â or also in OoT where u think u beat Ganondorf then he comes back as Ganon.

The finale of Wind Waker. Probably the most emotionally affecting game of the series IMO.

When you find out Tetra is really Zelda in Wind Waker (even though you already knew).

When I figured out you could beat the 1st Zelda game without the Sword. Really hard to do.

Too many to chose from, but the one I always loved as a kid was “Lethal Tennis” in the forest temple in OOT

Everything in the final six hours of MM. The music, the deep sadness and (eventually) the summoning of the Giants w/ Oath to Order.

oh spirits, The descent into Old Hyrule, and probably the final battle in OoT

Â Finding the Master Sword in the Lost Woods in A Link to the Past.Â Maybe stabbing Ganon in the head in Wind Waker. Or the decent into Old Hyrule. Or the fight with Malladus in Spirit Tracks.

Â Â There are many moments for me, but at THIS time, I’m going to highlight a moment that not many others give attention: The whole end sequence to TP was epic and stood out to me. The music, setting, & specifically the Link vs Ganondorf sword fight at the very end was awesome to me. Especially the playable part when Link and Ganondorf struggle against each other w/ the swords. It wasn’t a really hard fight, but it was epic. Oh, and the ending where you stab him in his face & Midna’s true form revealed was nice too. Nice emotional piece there.

Â so many…though seeing the twisted Hyrule Castle in the future in OoT for the first time was pretty epic.