Everyone has fond memories of their youth when they would wake up at 8am on a Saturday morning (and ironically the ONLY day of the week in which you didn’t complain about being woken up) and rush to their television to catch the latest episode of their favorite cartoons. There was always a plethora of options for those who wanted it. This series, similar to Nostalgia with a Twist, will take a look back on some of these shows of days past. The major difference will be in the process. As Flashback Saturday morning will consist of watching 4 random episodes of various Saturday morning shows, and then discussing the episodes we watched.

The first episode this week came from the short-lived New Kids on the Block animated series. For those who care to remember, New Kids on the Block were the hottest boy band (though not sure the phase was coined at the time) in the world during the turn of the decade. And like all great acts, they were whored out unconditionally, which is how we ended up with this cartoon. 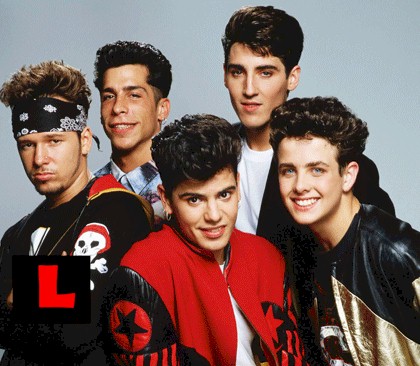 Can anyone honestly still name the members?

Ironically, youtube does not seem to offer the intro for the animated series, but here is the first half of the episode viewed toward, New Kid in the Class.

Now if you were able to stomach through the entire 10 minute of the link, you would already know that this was a bad bad show. Even for Saturday morning standards this was a bad show. There was really a paper-thin plot, about one of the members wanting to go to a normal High School for a single day, and the zany adventures that unfold from that! Every single character just screamed as a cardboard copy of several archetypes like the dumb bodyguard, the wise-cracking member, the overzealous manager, the meathead football player, you get the gist of it.

The animation is pretty piss-poor, though it isn’t in the first link above, there is a scene with the New Kids being chased across the football field, and there is a wide shot and it looks like there is a horde of girls who are all perfectly color-coordinated, but when you get back to ground level, they are all wearing these oddly colored clothing.

Another aspect that grows tiresome are the transitions throughout the show. There are times when they will cut away to random footage from them in concert as if it would have been too much to animate the extra 3 seconds. Then there are times when the screen gets shrunk as they have to plaster on some fun and zany backgrounds! It gets annoying and it takes away a lot more from the show then it adds.

Look into the face of evil.

Speaking of the New Kids, get use to hearing that as it is repeated ad-nauseum throughout the course of the show. Whether it is used as a cheap joke by one of the cut-out characters, or by the legion of their stalker fans, you will hear New Kids way too much during this episode.

If I had to stomp a positive on this show (other than it being over), I would say I enjoyed the dog. Yes, it is a bit of a cliche to have the smart animal, but he did his job well and has littleÂ screen-time so he doesn’t offend the senses.

All in all, I think my younger self would have hated this show. It is sometimes hard to think back to your youth, but I can honestly say I never remembered watching this show. I think New Kids on the Block to me at least was a product of growing up as I heard more about them as a junior high schooler or whatever than I did as a kid. So there’s the first show in our Flashback Saturday morning.