Note: This was written before the third Man of Steel trailer was released. 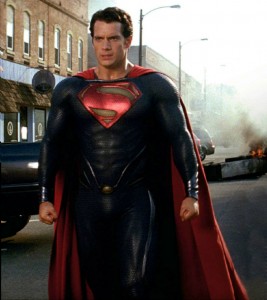 We begin with the Kent’s living in Smallville, a typical husband and wife, with dreams of starting a family. We see another couple except this is the El family on the planet Krypton. Jor-El the Father locks away war criminals for a civil war that has lasted for years and finally ended. General Zod promises revenge on Jor-El before he is locked in the Phantom Zone. Months pass and Jor-El has a son who seems special. This child posses special abilities since birth. When the rest of the planet learns of this they fear the unknown, and wonder what Jor-El has done to make his son special. With the rebels using this fear, war breaks out again. People not trusting Jor-El and the rebels demanding the release of Zod. This civil war is much more violent then before. As the bombs fall, Jor-El realizes the end of the planet and all life forms. There are bombs headed for the Central Power Core, which if struck would result in the distraction of the planet. Jor-El races to save his son. Puts him in a ship with a crystal, which is the Phantom Zone, and tells Kal-El to keep it safe, and always fight for the greater good. As the ship launches we see the planet explode. *Cue Superman Theme Song*

Martha Kent wakes up from a nap to a crash. Rushing outside for fear that her husband hurt himself, she sees smoke in the field and begins running. When she arrives she sees Jonathan Kent holding a baby boy, and the remains of a UFO. He gives Martha the baby as says we must keep him safe go draft adaption papers, people will be here and I will have to explain. The government arrives and takes the ship, and the cover up of the boy was successful. Later that night we see news coverage saying that there was a Tractor fire on the Kent farm, explaining all of the smoke. The news person then says “This just in the Wayne family was shot dead in a shooting outside an opera house, Bruce is okay and being taken care of by the butler Alfred.” We see some scenes of Clark Kent helping around the farm using his powers, and his father telling him he must keep it all a secret. Next we see Clark graduate College and telling his parents he has many unanswered questions and is going to travel around to try and find himself.

Clark gets a call that Jonathan has passed away and he rushes home, with Martha still on the phone with him. He is very hurt and misses his father, and helps his mother around the farm. While working near the crash sight, Clark finds a piece of metal with the Superman Logo (El Family Crest) on it. This puts information in Clarks mind and he learns the fate of his planet. When he tells Martha, she tells him he needs to use these powers to help people and not allow Earth to suffer the same fate.

Clark begins saving people here and there around Smallville, but realizes he needs to move to the city, Metropolis. Martha tells him he will need to keep a secret identity. Clark begins working for the daily planet. He meets Lois and likes her right away, she hardly notices him. Martha comes to visit Clark in his apartment, which is run down. And gives him a house warming gift. The Superman Costume, and tells him he needs to be the exact opposite of a man with such powers, be dorky and clumsy. 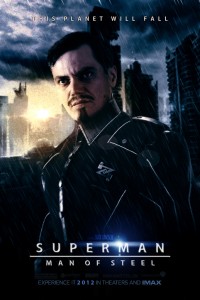 Clark has been on a mission to find his ship and the crystal. Meanwhile, in a Star Lab facility, a scientist is holding the crystal and notices Zod when he looks at it, Zod posses the man and has the man open the Phantom Zone which allows Zod to exit. Zod knows everything that has happened to Krypton and begins to search for Kal-El.

Meanwhile, Lois is at work and steps out to the roof of the Daily Planet to smoke. While sitting on the edge she loses balance and falls. Only to be saved by Clark, making his first rescue in the Superman costume, and he appears in Daily Planet as a front page story, titled Superman! This causes the government to be scared and people wonder if he is a hero or someone they should fear. Zod now realizes the powers the yellow sun is giving him. The same powers Superman has. Zod sees the paper and knows its Kal-El, and finds him and begins to attack Superman. Superman has to retreat and escapes Zod. Feeling defeated Clark returns home to Smallville, and talks to Martha. The paper says Superman defeated, and below LexCorp buys STAR Labs.

Zod begins attacking the city waiting for Superman to save the day. People grow more fearful of what these aliens can do. As the attacks continue, Clark realizes he needs to put Zod back in the Phantom Zone. Clark breaks into the STAR Facility and “steals” a crystal, as he leaves we get a shot, of a green man on a table who appears dead.

Superman confronts Zod and the epic battle begins. After finally beating down Zod Superman opens the portal trapping the General inside and people realize that Superman is a hero who saved the city when they needed him most, and accept him with open arms.

Clark is at work at the daily planet when he receives a call from a man who says he owns a large company and wanted to do business with LexCorp and tells him not to trust Lex Luthor and his company. Clark ask who this is before he can start researching for an article. The caller responds, I am a rich detective from Gotham City who doesn’t work for the police.

Tune in tomorrow for the Wonder Woman movie.