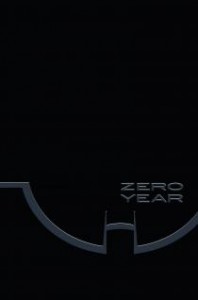 Zero Year keeps going strong with Batman 25, and many Batman fans will be excited and shocked with many batman characters showing up. We really don’t see Batman fighting crime very much this issue is more centered around the police Gordon. The police are chasing batman but he is able to escape using some cool features with the Bat mobile. Gotham is still in the black out and the storm is incoming. Gordon has been investigating the murders and they are linked to some wayne scientists and Pamela Isley got the best look. With Bruce in the Batcave trying to figure out all the issues in Gotham, Gordon arrives and talks to Bruce on the grounds of Wayne manner. There seems to be bad blood with Gordon and Bruce regarding the death of his parents. Finally, Bruce meets up with Fox to ask about the scientists and he isn’t what he seems.

Snyder really is making yet another Batman Origin become something amazing. This is something that seems to have a lot of pieces in place that is setting up for the big picture to be very epic. The art again continues to impress the amount of detail given. The colors seem to be going darker as the story goes on which makes sense for where Bruce is headed as he becomes Batman. With other villains popping up readers may start wondering what role the Ridder is really going to play in the overall story, only time will tell.

Overall, Batman 25 keeps the Zero Year story at a high pace that this story will go down in Batman lore. Hopefully the Ridder comes back soon just to remind the reader that there is a larger force at play here and Batman has to worry about solving the biggest riddle of all.. Saving Gotham. 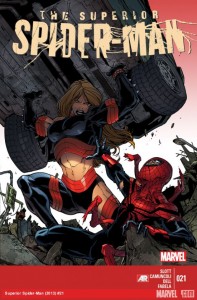 Superior Spider-Man #21 has “Peter” called a cheater for stealing the work of Dr. Ock for his dissertation to finish he Doctorate. This is really bothering “Peter” because he plans on starting his own company but there are other plans to worry about. Someone wants revenge for Doc Ock’s death and blames the Superior Spider-Man not knowing his true identity. Stunner battles Spider-Man until Ock removes the device allowing her the powers. He puts it on and revels to her in his true body that he is still alive and may never see her. He then visits his professor and tells him that Peter did not steal the information.

Superior Spider-Man has had its ups and downs but this issue seemed to make things more interesting. The ending might change the way things are going for Spider-Man, and real shake up his world. This wasn’t the best issue of the Superior run but it seemed to hit the correct notes and set up the story going forward.

Overall, Superior Spider-Man is interesting if nothing else. Seeing the world of Peter though Ock’s eyes. There is a lot that might be happening soon, and hopefully one day the readers can see how Peter is going to pick of the mess that Ock left behind for him. 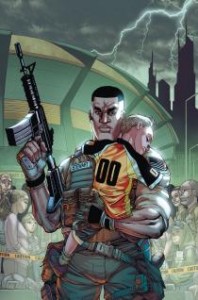 Quick note this issue really hit home being from Detroit.

Green Lantern Corps #25 is a Zero Year tie in focusing on John Stewart 6 years ago while he was a Marine. There is alway a great story that his mom tells that pops up though out the story talking about the Detroit Riots and standing up for what is right at all times. This is the core behind the whole story. He is with the Marines that go into Gotham and try to rescue people form the stadium, which ends up being over run with a gang and no one is allowed to leave when the Marines get overtaken and kidnapped they begin finding a way to escape. They then get there gear and meet face to face with the gang. The superior officer wants to start shooting and is about to order them to shoot on a bunch of innocent people, when John takes a risk and throws some flash bangs allowing them to arrest the masked leader. John is later told by his superior officer that he disobeyed in order and will be dishonorable discharged and John tells him that he won’t follow orders that go against what his mom taught him

This issue was overall a very interesting, we never once saw the Green Lantern ring we just saw why John is deserving of it. The story was great, it really made the reader feel the pressure of the situation the Marines were in. The scenes were drawn to really explore the urgency of the situation, and the show down scene had some great detail. The only issue is some of the dialogue and scene flipping between Gotham and the Detroit riots could be very confusing at times.

Overall, Green Lantern Corps #25 was an excellent Zero Year tie in that depicted the Riots int Detroit well and really did a good job showing us the type of hero John really is. It was about the true herds in the world doing what is right and by that it shows why he now wields a Green Lantern power ring.