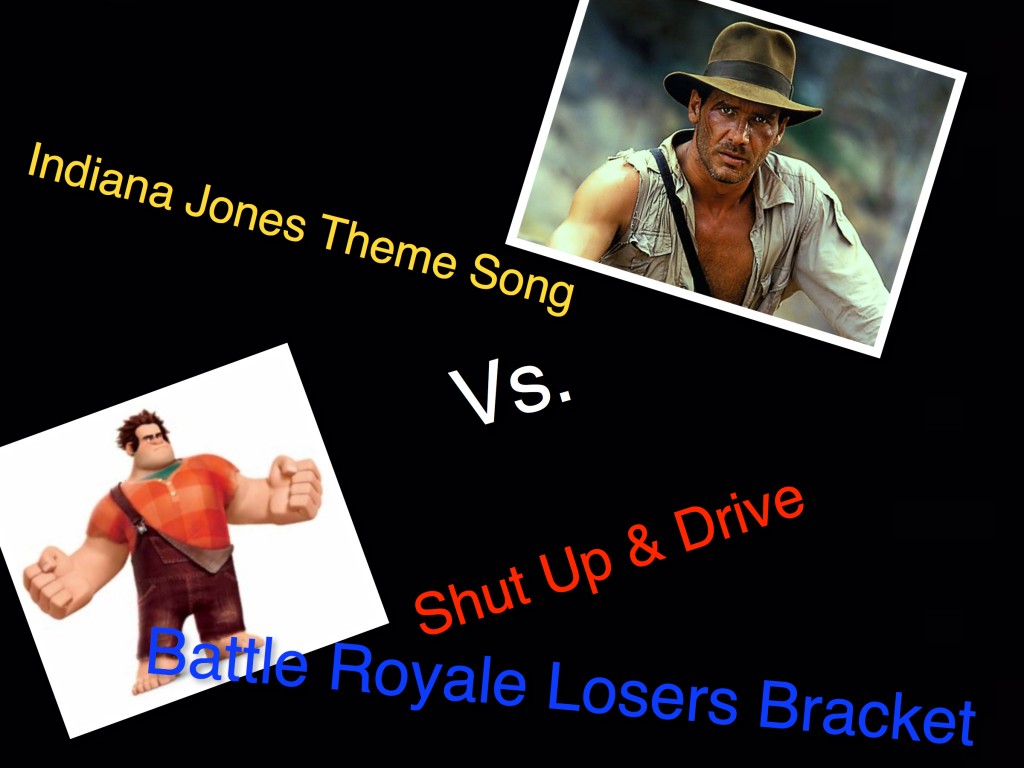 Well we have completed the first two weeks and that means we begin week three with the losers bracket! In a stunning upset last week Star Wars Theme song beat out the Indiana Jones theme song! So that means this week will be “Shut Up & Drive” by Rihanna from Wreck-it Ralph vs the Indiana Jones theme song! Keep in mind next week we have the Championship week! Just keep the votes coming people!

In the red corner we have Shut Up & Drive, which is from the hit movie Wreck-it Ralph! This movie has been doing great in the box office and features a ton of videogame characters! This is about music and is Rihanna’s voice enough to take this song the distance to avoid complete failure in the November 2012 edition of Battle Royal! If you want to save this song, be sure to vote!

The Challenger! In the Blue Corner The Indiana Jones Theme Song!
I was shocked to see Star Wars beat this out! Must be a lot of Han Solo lovers out there! This will be a battle Indiana Jones is not used to, losing! The movies may have come out a while back, but that doesn’t mean this isn’t a great song, that everyone should recognize! Indiana Jones does not go down without a fight, but he needs your help! Do you want Indiana Jones to save the day again, or will this new guy stand in his way!

Does Indiana Jones have what it takes to stop Wreck-it Ralph, or will there be to many snakes for him to overcome! It is up to you! Be sure to vote for which song deserves to win this Battle! Also be sure to come by next week for the Championship Round of Battle Royale featuring Skyfall by Adele vs The Star Wars Theme Song!