The launch of the DC Universe landed with a bit of a thud. We’re just about 3 weeks out and the conversation had seemingly moved on from the service. Then earlier this week news came that Netflix had picked up the international rights to air “Titans” outside of the States, and it left fans baffled at the longevity of the service. So while it wasn’t advertised as such the World Premiere of “Titans” just ahead of New York Comic Con kick-off this weekend was of the upmost importance to get right, and for the most part they nailed it. 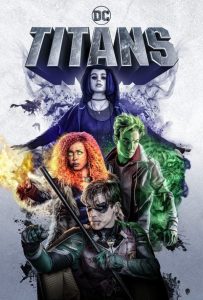 First up, they debut the first two episodes of the Titans series, which seems to be have been met with mostly positive impressions by fans in attendance. The reviews, however, are a bit more of a mixed bag with some crediting the show’s performances, but saying the violence may just be too over-the-top. While that will ultimately be up to fans, where they land, it is promising that DC has already picked up the series for a season 2. With enough feedback, we could see a “DC’s Legends of Tomorrow” transformation for the series.

Then came updates on the “Doom Patrol” series, which has already amassed quite the star-studded cast including Timothy Dalton, Brendan Fraser and Alan Tudyk. During the panel, it threw one more heavy-hitter into the mix as Matt Bomer has joined the show as Negative Man. If nothing else, it seems like WB is willing to throw money at their shows to get some of the best talent available for roles big and small. In addition to that, fans in attendance was treated to a little sneak peek from the Patrol’s appearance on “Titans.”

Finally, we got our first glimpse of the new “Harley Quinn” animated series that is set to bow on the service in 2019, and from the first look, the show has a ton of potential. And much like “Doom Patrol,” WB is throwing a decent amount of money to get a stellar voice cast lined up including Kaley Cuoco as the titular, Dr. Quiznel, but she is joined by Lake Bell, Alan Tudyk, Ron Funches, JB Smoove, Jason Alexander, Wanda Sykes, Giancarlo Esposito, Natalie Morales, Jim Rash, Diedrich Bader, Tony Hale and Chris Meloni. Some talent on that list.

2018 will be a rough year for the DC Universe, but it seems like 2019 is full steam ahead with plenty of promising shows, great talent in-front and behind the cameras, and more than just nostalgia to fuel their momentum.