From Fandom with Love: On Her Majesty’s Secret Service


For 50 years, the James Bond franchise has captivated millions around the world. In celebration of 50 years, and to countdown to the release of Skyfall, one fan shares his journey through the series in “From Fandom with Love.”

Sometimes you only get one shot at making a first and lasting impression. In the case of George Lazenby, his tenure as James Bond was short-lived, but extremely impactful. Starring in a single Bond film, On Her Majesty’s Secret Service, he should hold his head up high for being in one of the best, if not the best, Bond film to date. 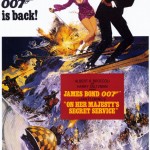 On Her Majesty’s Secret Service is an interesting film for a number reasons. Not only because it stars Lazenby, but because it would become the first time the mantle of James Bond would change hands. Unlike every occasion to follow though, the director/producers of the film were worried that the audience may be confused so there’s a lot of nods and winks to the prior film. Even some rare 4th wall breaking from the characters themselves. It was an interesting experiment, but apparently a failed one as no other transition would acknowledge the changing of the guard.

We shall break down more below:

Let’s turn to our good friends at Wikipedia for a brief introduction:

In the film, Bond faces Blofeld , who is planning to sterilize the world’s food supply through a group of brainwashed “angels of death” unless his demands for an international amnesty, his title of the Count De Bleuchamp to be recognised and to be allowed to retire into private life are all met. Along the way, Bond meets, falls in love with, and eventually marries Contessa Teresa di Vicenzo. 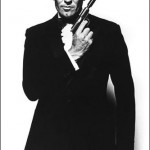 While it doesn’t have too much barring on the overall plot, it is interesting to note that this film takes place two years after the events of You Only Live Twice, which would explain why Blofeld had to change his face. Also, Bond spends most of the movie actually off mission, which would happen more often as the series progresses.

I’ll be honest, as much as I love this movie, I’ve never really got Blofeld’s master scheme. As far as I can tell, he trains his “Angels of Death”, an army of women he is “curing” of their allergies. After he has enough Angels, he set them out into the world as his biological weapon carrier. He then holds the government hostage or he will trigger them.

Of course with so many agents, across the globe, it would be near impossible for any organized attack that wouldn’t result in some massive casualties. Now Blofeld does this all so he can hold the world ransom for some money, get recognized as a count and to be freed from any of his prior crimes. The problem is.. that end-game doesn’t make sense. In order for him not to be killed after they grant him all of this, he would need to go underground which would defeat the purpose of gaining his title as Count. It’s just really all bizarre, but it makes up such a minor part of the movie honestly that it has neverÂ dampenedÂ my love.

This plan gets an AGENT status.

To date, there has been 22 Bond films. Every single one of those films has featured at least one Bond with most averaging at least two. Of ALL the Bond girls featured in those movies, there are only two that I consider to be fully fleshed out, enjoyable characters in their own right (That isn’t to say there aren’t other good Bond girls), and one of them happens to be in this movie!

The Angels of Death– These are Blofeld’s trained agents of death. When Bond arrives at the Piz Gloria, there are a dozen girls stationed up there. Bond ends up.. or it is implied.. sleeping with about half of them. For the most part though, they don’t really have names. Like there is one main one that hits on Bond named Ruby, but I’m just putting them as a collective here because kind of treated as such. They are sent back home by Blofeld at Christmas time, to become his shadow agents without them knowing. They are never seen nor mentioned again in the film. LIVE 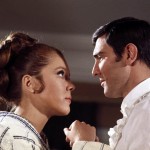 Teresa di Vicenzo– I mentioned in my write-up for You Only Live Twice that Bond gets married in that film as part of his cover. Officially she wasn’t a Mrs. Bond though since she actually didn’t marry James Bond, instead we have Teresa di Vicenzo, who becomes the first and only Bond girl who wins our stud over. Aside from eventually marrying Bond at the end of the film, she is interesting for several reasons. First, she is up to that point, the only Bond girl to be introduced during the pre-credits sequence. She is also an complex character as we meet her on the verge of suicide. Only to be rescued by Bond.. before bailing on him. We see that she enjoys taking risks just because her life lacks meaning until she meets Bond and he is able to win her over. The next time we see her, she is seen rescuing Bond as he is being pursued by Blofeld’s forces, and she her get a turn behind the wheel. Not only does she take control of a Bond chase scene, but she is also shown to be an equal to her during the next sequence the downhill ski chase scene. She is eventually captured by Blofeld, but fights her way to freedom. An interesting note, the first time the classic Bond theme is played in this film is for Tracy and not for Bond. Eventually, she does marry Bond, but is gunned down in a drive-by by Blofeld. Leading to a very heart-wrenching finale. DEAD

Bond isn’t much of a jerk in this film. I guess what happens when you go for a much more grounded approach, but that doesn’t mean he doesn’t have his moments.

Bond has always had a questionable history with females in his movies. This one is the first time we see him clearly use a pick-up line, but not only that.. he repeats it like 20 minutes later to another female he finds in his room.

He’s Bond for a reason.

This is what happens when you create a category based off of memory alone. Yes, Bond does play cards in this film as well, but it is the same game that he played in Dr. No and Thunderball, which meant we’ve covered it twice before.

Other than that, he doesn’t really engage in much else. We learn that Tracy has taken up a winter sport, but isn’t really shown doing it.

The movie spends a great deal of time/effort reminding the audience that this is still the same James Bond character, but maybe not the same actor. The opening sequence as noted before has Bond saving Tracy from what turns out to be her father’s men. The sequence ends with Bond (Lazenby) looking at the camera and declaring “That never happened to the other guy.” To give a wink, wink, nod to the fact that this wasn’t Sean Connery.

This acknowledging the past while embracing the future carries over to the opening credits sequence as well. For the first, and sadly only time to date, the opening credits actually features clips from the previous movies. Though, since they didn’t want to acknowledge Connery’s portrayal, it is mostly focused on the Bond girls and villains of their respective films with the occasion shout-out to some of Bond’s allies. It is a very nice touch, and I was disappointed it wasn’t bought back for the 40th anniversary with Die Another Day. I don’t expect it for Skyfall since that doesn’t seem to a celebration of the Bond movies.

Forgive me, as we go on, some of these things start to blur together, but I do believe this is the first opening sequence to use Bond in it directly. As it starts off with Bond running away from the screen as aÂ continuationÂ of the opening scene. Aside from that, it is a really classy intro. There isn’t much in the way of naked, dancing women, but a lot of beautiful shots and great use of color. And of course, the throwbacks to prior films help.

The theme song is a different beast altogether. Since From Russia with Love, all Bond films have had themes with lyrics to them. This is the first time since Dr. No, that they chose to go with an instrumental, and what a song it is. Perhaps, one of the finest themes to grace a Bond film to date. It’s everything you would expect, it’s catchy, it’sÂ adventurousÂ  but it also seems to have a romantic element to it. It is also worked wonderfully into the film at several points.

On Her Majesty’s Secret Service is easily a Top 2 Bond film for me. Depending on the day of the week it is my favorite film in the franchise or my 2nd favorite film in the franchise. A lot could be said for Lazenby, but he brings something special to the role, and while it is a shame he didn’t get another crack at it, it makes this movie all the more special. Actually, this movie feels like a Bond film on it’s own. Paying homage to what came before, while crafting something wholly unique in tone and look. If I ever recommend someone watching a single Bond film, this is very high up on my list because it combines all elements just right.