DC Entertainment and The Digital World

In the past year, DC has madeÂ tremendousÂ strides in the digital comics space. Almost all of their comics are offered day and date as their physical counterpart, and they continue to add issues from their decades of releases. They even indulge in markdowns including monthly titles and some amazing weekend sales.

I have very little problems with DC Comics digital initiatives. The rest of DC’s digital presence though? Huge problem with!

I’ve always had a problem with it, but it has recently come to the forefront once more with the recent release of The Dark Knight Rises. Many folks were on a Batman high going into and coming out of the movie. So with the hype at an all-time high, fans could turn to services like Netflix or Hulu to watch the prior Nolan Batman films, right? Nope! None of them are currently available on any streaming service. Fine, they are recent releases and you could probably make some money off of selling them with the movie so near. 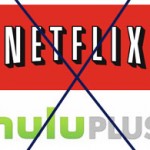 What about the originalÂ quadrilogy? You know Batman, Batman Returns, Batman Forever and Batman and Robin? Surely films that are over 2 decades old would be available on the streaming services? Guess again! You will find none of those films on Netflix or Hulu or Amazon Video (okay, this last one isn’t true Amazon offers the movies, but only as a rental and for like 2 bucks a pop).

I could beat you over the head with the point that noting Batman The Movie isn’t on or that the only Superman film on any service is the original (though that may be helpful to some), but I think you understand by now. DC Entertainment lacks a major presence on any of these services.

Especially when you compare it to Marvel. Just going on Netflix you can either runs of X-men, Spider-man and Iron Man animated series. Hell even Avengers: Earth’s Mightiest Heroes, which is a show that is currently airing isÂ availableÂ to watch on Netflix. I even started checking out Marvel’s Superhero Squad on the service. Even more impressively, recent releases like Thor and Iron Man 2 are available soon to be joined by Captain America. 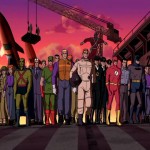 And DC? Nothing! I had folks asking me where to check out episodes of Batman: The Animated Series after coming back from The Dark Knight Rises, and had to tell them the truth it isn’t available online. You can buy the DVD versions (And not trying to be greedy or cheap since I actually own every volume), but in this day and age people expect instant satisification for these off the wall cravings, and DC is just fumbling at the goal post.

Even when they try to make progress, it’s usually one step forward, one step backwards. DC has put stuff up on streaming services for a bit most of their DTVs were on Netflix, but all of them are gone now. It doesn’t appear that there was ever a rhyme or reason as to what showed up and for how long. 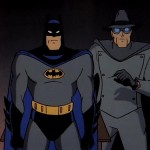 On a more personal and general note, one of the bigger reasons this has actually come to mind is the fact that Batman: The Animated Series is actually celebrating it’s 20th Anniversary this year, and we plan on doing something special for it on the site, and wouldn’t it be dandy if we could point you to some of our favorite episodes and moments for you to check out?

There’s really not much to this article other than asking DC to get their house in order. I would love to watch Batman, Justice League, Superman, Superfriends, Wonder Woman or whatever else without having to fumble through dozens of different DVDs and blu-rays. I would also love to be able to share this easily with friends and families. And eventually one day, my kids. So DC, I implore you to look into getting your shows onto digital services. It can only help to increase brand awareness.