Excited as I am for this bi-weekly book it has had a fairly glacial pace, like 3 issues slow if you count the “Wonder Woman: Rebirth” issue (and I do). Fortunately, last issue really started cooking with gas as Wonder Woman joined forces with Cheetah while Steve Trevor and his team had just arrived to rescue a group of kidnapped girls from a warlord and his supernatural boss. However Rucka’s ambitious run alternates between timelines, with the even-numbered books re-telling Wondy’s (admittedly tired) origin, but issue #4 injects some much needed flair and modern perspective into her classic intro story while Scott’s clean art highlights all the glory and humanity of Themyscira and its Amazons. 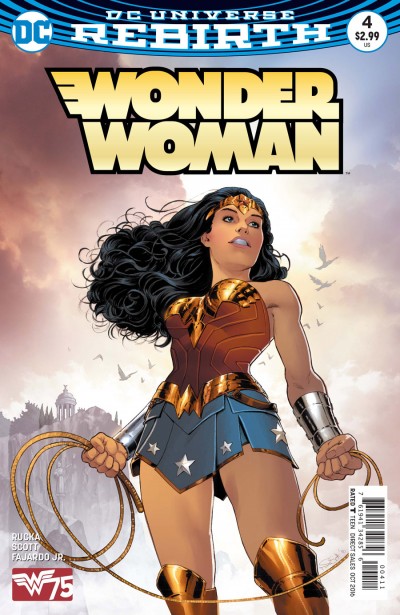 Review 6 (out of 7) – Year One: Part Two is a success. An engaging portrait of Themyscira and their foremost champion right before she heads off to man’s world… and let us not forget the $2.99 price point