This past Tuesday, I had the chance to attend the 2nd Annual New York Videogame Critics Circle Awards for the first time, and I was honored to attend the event. In the industry, a lot of grief is given to the VGAs and it’s nice to see companies out there trying to do something different. Since this awards’ show is still in its infancy though, it has a ton of rough spots that I hope they iron out in the months and years to come.

First issue I want to talk about was pacing. This show had a lot of interesting and novel ideas at work, but just couldn’t really fit them into a coherent show. They started off with a roughly 15 minute panel on the year that was in gaming, and the year that is about to come. I think it’s an absolutely fantastic idea. The whole part of an awards ceremony is to celebrate the year that was so why not talk about it in broader strokes as well. The problem is I don’t think that’s how you kick off an awards show or any show really. Sitting there watching a bunch of people discuss stuff that they are about to award isn’t the most fascinating thing in any field. Granted, it was a single stage and not much room to work with, but I felt this would have better served as a sort of pre-taped pre-show for when people are filing into the auditorium. 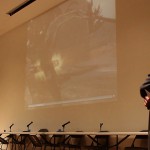 Look at the wonderful lighting.

After the roundtable or long-table discussion, we had the opening act for the award’s show, yes there was still more to come BEFORE we got to the actual awards. I actually enjoyed both musical interludes throughout the show, but again pacing. If you’re going to start with a 15 minute discussion don’t follow that up with a 5 minute song. Or at least tie it into all the awards.

We had a long discussion and a musical act, now it is time to start the awards? Not quite yet! They also had a Daily Show writer as the host of the events so he did a brief introduction and some jokes, which were all solid. Albeit it, I was a bit distracted by the fact that he kept having to look at the floor to see his note cards. Most of the jokes landed with the audience though.

After roughly 20 minutes, we’re finally ready to get underway with the awards portion of the awards show. For the most part, I enjoyed the awards segment of the show. There was a decent number of awards that sought to just pick out a few select criterias instead of trying to award every nuance in a title. One of my favorites, and a category I don’t often see talked about is “Game Worlds”. It is something that we often take for granted, but there are a lot of amazing worlds that are crafted solely in video games. On a personal note, I was extremely sad that the Bionis from Xenoblade Chronicles wasn’t nominated. Perhaps, my favorite game world from this generation.

Back to complaining, and more than anything else this is my biggest beef with the show. Production values are non-existent. I don’t need huge stage displays, fireworks and music throughout the entire show, but even the basics were missing. The show had an projector, which was used once or twice throughout the show. Why not give us some visuals to go along with the game nominees? I mean videos of the games would be ideal, but I’d even settle for screenshots or something. Even the times they did use the projector, it was kind of iffy due to them not dimming the house lights or dimming them enough so you got a washed out video on the wall.

The awards’ segment itself was interesting though. You could tell a lot of these folks weren’t accustom to this type of accolade as a lot of speeches were under 30 seconds or so. Some of them were people who represented the developer, in a few cases it was someone who represented the publisher and I believe in one or two cases, it was the actual developers which was pretty cool. 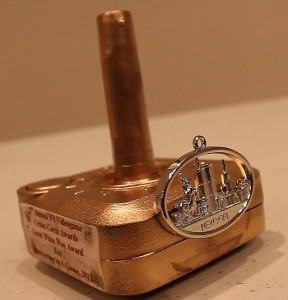 The awards themselves were well-designed and unoffensive, which isn’t something every award can say oddly enough. It is simply a golden arcade stick with a condensed version of the New York skyline on it. It’s simple and classy.

For ALL the crap I’ve given the VGAs, I really do think their production style is top-notch and would like to see a lot more of that in this show. Just make sure it isn’t insulting. I think the writer and the musical act were steps in the right direction for that. But they need to work on their overall production and when to plug in these segments into the actual show so there is a better flow. Let’s hope the 3rd Annual one is a grander show!