Welcome once again to Sonic Saturdays! This is the sector where we talk about the world of Sonic the Hedgehog. 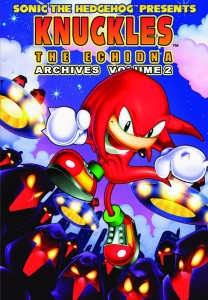 For today’s article I figured we would cover Ken Penders. Â Penders has a lawsuit going on right now, but we’ll get to that in aÂ moment. But for now let’s focus on the good he’s done for the franchise. 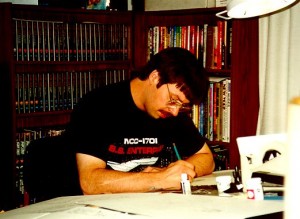 He has written and drawn manyÂ concepts and stories that were published in the pages of Â SONIC THE HEDGEHOG, various SONIC 48-page specials, the PRINCESS SALLY mini-series, the SONIC’S FRIENDLY NEMESIS KNUCKLES mini-series, KNUCKLES THE DARK LEGION Mini-Series and the KNUCKLES THE ECHIDNA series.

His main contribution was to flesh out Knuckles the Echidna’s backstory. Once Knuckles had an ongoing, there were 2 mainline Sonic titles coming from Archie. Knuckles’ Comic did get cancelled though, due to poor sales, at issue 32.

He’s also created many characters for the Archie Sonic comics. They include All the Echidna characters, Geofry St. John, Â Hershey The Cat, and many others. The one character that’s causing a lot of stink ( Sorry Geoffry, I know you’re a skunk) is Julie-Su, and her family that are in the cult collective known as The Dark Legion.

Ken Penders believes that Archie Comics, Sega, and EA BioWare have stolen his ideas. The Infringing game in question is SONIC CHRONICLES: THE DARK BROTHERHOOD , an rpg that was made for the Nintendo DS. He believes the character Shade, created by Sega and Bioware is a rip off of his very own concept that is Julie-Su, even though they look nothing alike. I’m not sure how one can claim copyright infringement over a basic concept, but that is what he is doing. Â Both Characters are very different, both in looks, and in personalities. The only common bond between them is They’re both in, or was in at one point, a cult. 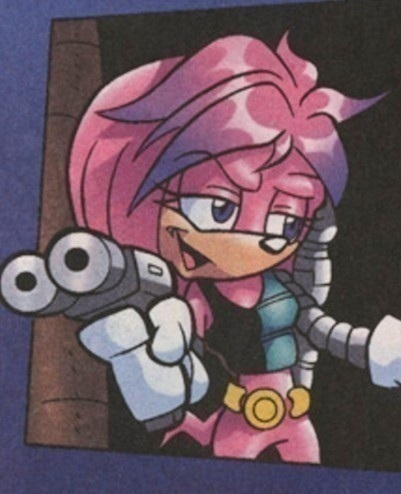 Of course, Penders also believes that the characters he created are his alone. He claims that Archie Comics never had him sign a contract stating that anything he created while employed by Archie was to stay with Archie. There’s also rumors flying around that he wasn’t to fond of the limitations and mandates Sega decided to put on him. He’s also said on his website/forum that Ian Flynn (current Sonic the Hedgehog writer) is using outlines that he submitted when he was scripting issue 157. …

I AGREE WITH THIS IMAGE:

Penders still plans on putting out an Original Graphic Novel Featuring “his”Â charactersÂ called THE LARA-SU CHRONICLES, staring Julie-Su and Knuckles’ Daughter from a possible future. Penders is likening his situation to that of Jack Kirby’s THE NEW GODS who started out in SUPERMAN. However, The New Gods Don’t need Superman to survive. Julie-Su and family NEED Knuckles and/or Sonic… He’s also been releasing character designs and story hints on his website: http://www.kenpenders.com … I honestly don’t know how he thinks he’ll win.

In closing I leave you with this:

I understand that everyone wants a piece when they see money being made in a way that they didn’t expect from things they created, but you know what? If you write a Star Wars comic, your character isn’t your character. It’s George Lucas’ character. If that’s not something you can live with, DON’T DO FRANCHISE COMICS.