Review Shooter: Rise of the Planet of the Apes. 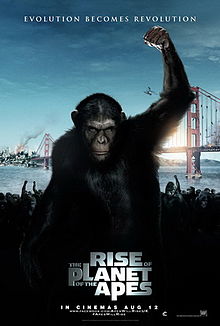 Earlier this year, 20th Century Fox released ‘X-men: First Class’, which saw the studio take the X-men back to their early days. It was part reboot, part prequel. It was fantastic, and will probably be thought of as one of the better movies from 2011.

What Fox did with ‘X-men: First Class’, they have repeated with ‘Rise of the Planet of the Apes’. They’ve taken another one of their franchises, and re-imagined it. And unlike the last time they tried it with ‘Planet of the Apes’, this one is actually good. Really good.

Completely ignoring Tim Burton’s 2001 flop, they’ve taken the franchise back to its science fiction routes. And like ‘X-men: First Class’, they have taken the story back to its early days.

William Rodman (James Franco) has created a new experimental drug, which is intended to be a cure for Alzheimer’s. The drug is tested on Apes, and appears to work, but with one side effect: it improves the Apes brain function. It makes them smarter.

After an early test specimen is killed when causing a riot, Rodman finds its baby. The test specimen, nicknamed ‘Bright Eyes’, a reference to the original ‘Planet of the Apes’ (1968), has genetically passed on the drug to the baby, therefore heightening it’s intelligence, without the side effect of it going insane. This baby grows up to become Caser, and Rodman’s friend, and Rodman becomes a father figure to Caser.

Due to a conflict with a neighbour of Rodman (Caser was trying to protect Charles, Rodman’s father, played by John Lithgow), Caser is sent to a primate facility. He is treated badly. And its here were he begins plotting his revolution.

While not all of the Ape special effects were perfect, the facial expressions and the eyes were brilliant. Purely digital, and done using the same tech that was used in ‘Avatar’, you can actually feel the emotions of the apes. Since they can’t talk (…or can they?), it was important that the filmmakers achieved this. Audiences need to know what the Caser was thinking and feeling. Sometimes, James Franco’s character helped explain this in the way he communicated with the ape. But there’s some really gripping shots of Caser sat there, thinking, plotting. It’s creepy and eerie, and if it didn’t look good, the film wouldn’t have worked.

There are some problems with the film though. I found Tom Felton’s character annoying, and not in the way the filmmakers intended. I think after seeing him as Draco Malfoy for 10 years, and even earlier this summer, seeing him play a bully in a film which isn’t Harry Potter is pretty boring. I think it was a poor decision, on his part, to take this role, especially just rolling off the success of the last Potter movie.

The relationship between Will Rodman and Caroline Aranha (Freida Pinto) also doesn’t really go anywhere. These two seem thrown together; with the only reason being that the studio got two hot looking stars and need them to have scenes together. More and more, it seems likeHollywoodmovies have a romantic forced into them because it’s become rule 101 of filmmaking, rather than it being of actual benefit to the plot. But it’s a movie about apes, so it’s nice to see someone as beautiful as Freida Pinto come on screen. It’s a nice break.

I think there was enough action in it to make the price of your ticket admission seem worthwhile. There’s a lot of setup towards the apes finally standing up and revolting, but the payoff is worthwhile, if you have the patience for it.

Overall, FOX have a good movie here. They’ve successfully restarted another franchise, and I look forward to their being more movies. As long as, like the original series, they try to move forward with the story, rather than give us the same thing over and over (see: JurassicPark).

Verdict: Watch it. If you’ve never seen the original series, that’s fine. If you disliked the Tim Burton film, that’s fine. You can still see this movie and enjoy it. 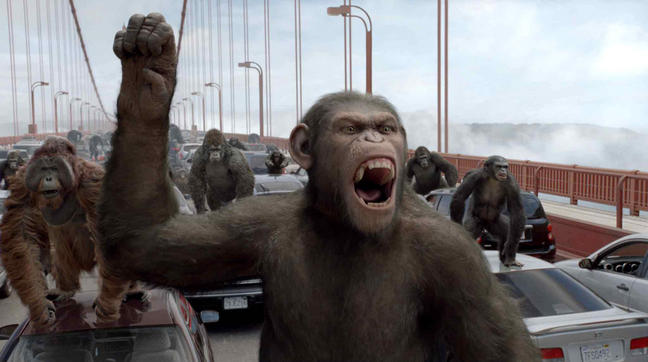