Gotham by Gaslight is considered DC Comics’ first ever “Elseworlds” tale so it is kind of curious that it has taken over 30 movies and 10 years for it to finally be adapted into an animated movie. Let’s find out if this Victorian Bat-tale is worthy of the wait. 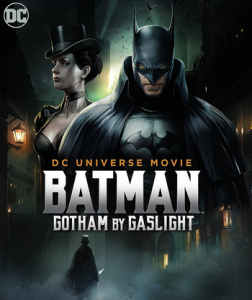 1) The Murder Mystery – It’s weird that mystery isn’t something Batman stories do often outside of the comics seeing how he is a detective and all. The last animated movie to do it was “Mystery of the Batwoman” and the less said about that movie the better, but Gotham by Gaslight does it and does it well. Using techniques to shield the enemy’s face for most of the movie, you really are left with a handful of suspects, and I won’t lie I was shocked by the reveal. Though it made sense, will need to rewatch to really make sure enough breadcrumbs for you to figure it out.

2) Something New from Something Borrowed – As this is an “Elseworlds” tale, it does feature classic Batman heroes and villains in new directions. My favorite addition is Selina Kyle and the Robin orphans. Dick, Jason and Tim all have traits of their personality but putting them in as a collective trio was a cute nod and I like how they weaved in and out of the story. Selina has a meaty role in this movie and after some less than stellar representation of women in these specials, I’m glad she is almost Bruce’s equal and important throughout the film. And it’s good to know no matter the time frame or story, Alfred is Alfred.

3) I Hear Voices in My Head – Bruce Greenwood has silently cemented himself as the heir apparent to the Bat-voice with his work here, Young Justice and Batman: Under the Red Hood. He has that gravitas that makes Bruce sound serious and threatening without it feeling forced, but also blends his heart and warmth when he needs to. Tara Strong makes a fun turn in the movie, and won’t ruin her role. Jennifer Carpenter is probably the finest voice for Catwoman in these animated movies yet. I think it worked that they didn’t just play on her sexuality, but her rounded background and budding relationship with Bruce. Scott Paterson and Yuri Lowenthal put in solid performances as the gruff and tough guys around Bruce.

4) The Shadows Within – After about 5 years, it’s refreshing to see DC Animation ditch the default art style for something with a bit more style to it. Not only was it a breath of fresh air, but it is a good style. More impressive yet though are the moments when the movie makes the shadows and silhouettes speak for themselves. There’s a scene where Batman chases the Ripper on the roofs of Gotham and the camera pulls back and I nearly wept. So good!

5) Design – Batman has no covered lens in his cowl. That is perhaps the biggest divergence for animated Batman in like 30 years. Not only that, but his costume is of course given an old school makeover. But it isn’t just him seeing some of the character re-imagined like Hugo Strange and Poison Ivy or how they dress Selina Kyle. Gotham’s world fair and Ferris Wheel are fun set-pieces. And helium balloons are a visually different treat. It’s an uniformity in design that only helps to set this movie in a distinct period. Of course there’s the steam-powered motorcycle, but he’s rich he had connections. 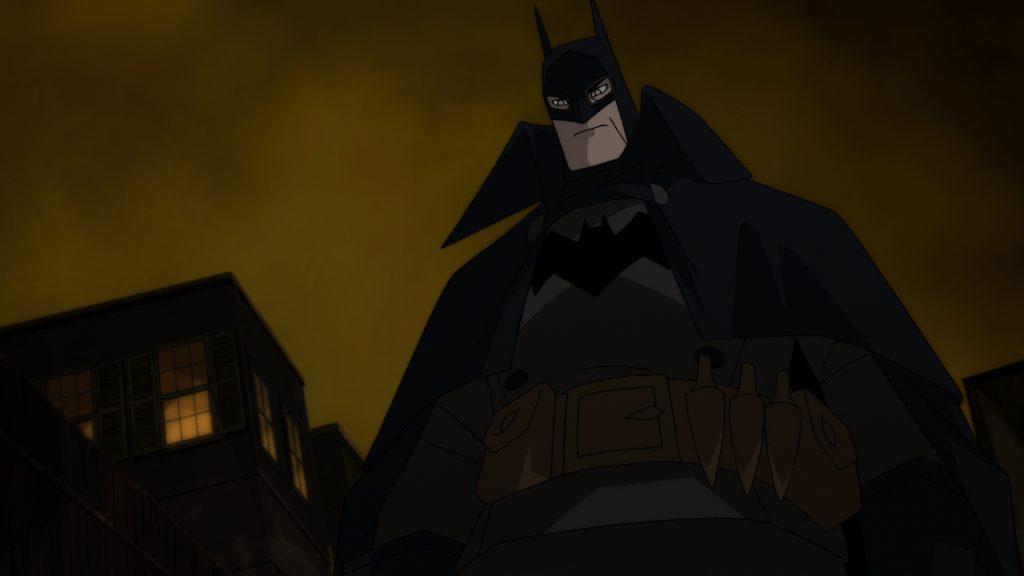 6) Action – The DC Animated movies have never been slouches when it came to delivering on the action and happy to report that this movie continues that fine tradition. I won’t ruin too many more in this review, but the hand-to-hand stuff between Batman and the Ripper is extremely vicious. Unlike previous movies, the R-rated for this movie seems to come mostly from the violence and blood in the fights, and it’s well-deserved without seeming out of place.

7) Music/Score – The music for the most part is there, but there are moments when it is used effectively to raise the stakes of the scene or to announce a grand entry/reveal. And a tradition I’m becoming fond of, there is a brief musical interlude in the film as we’re introduced to Selina properly.

Review 6 (Out of 7) – Batman: Gotham by Gaslight is one of DC’s finest animated efforts and worth checking out on digital or in home media. It’s vicious, fast, intriguing, suspenseful and just an all-around good Batman story.