I intended to do Batman: Dark Tomorrow this year for “Review a Bad Game” day, but time and money got in the way. Instead, I dug through my vault to play through some other nefarious “comic book” based games. Instead of full reviews, just gonna give you snippets on each of the three titles. 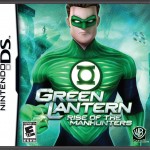 The game is broken up into planets/sectors. At the start of the game, you are able to explore 4 areas, Earth, Ranx, Mogo and one more that slips my mind. Â You travel to each planet (once, I initiated a mini-game to fight my way to planet) and are usually greeted by one of your fellow Lantern. They give you the rundown of the situation, and you are usually tasked with something. This can range from taking out the planet’s guns to defeating the miners of the planet. Usually, it all works the same anyhow. You move from area to area bashing bad guys and looking for a part on your map.

Rinse and repeat, and then re-visit all of the original planets once more after your initial trip to complete a secondary goal. This could have been something special if it didn’t force you to revisit the same exact environment as the first time. There may be Â different objectives and some tougher enemies, but it is still repeating assets.

And really that’s my biggest problem with the game. It just feels like a chore to get through the end because you’ve seen almost everything it has to offer about 40% through the game. There are no real last minute switch ups or introduction of new concepts or powers or anything. You just find some extras that you may have missed your first time through the levels.

I can say that Green Lantern: Rise of the Manhunters is a decent experience. While it doesn’t re-invent the wheel, it doesn’t offend with any of its choices.Â While you may get some joy out of the game, it really does offer very little in the way of new and exciting game play. The license does help it go far in design andÂ aesthetics, but can only carry it so much. 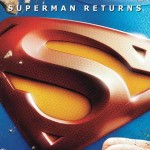 Making a game starring Superman is a difficult task (or so we’ve been led to believe). The first and perhaps hardest problem to overcome is the fact that very little actually harms Superman. How do you craft a game around a man who is nearly indestructible? Various games have tried different methods from normal damage to a city covered in a Kryptonite fog. Superman Returns takes a novel approach by not placing Superman in danger, but the city of Metropolis. Â The twist is perhaps the most novel thing about the game, as it forces the player to focus on specific targets/areas so the city isn’t wrecked too much.

Other than that, the game is a fairly generic beat-em up with a Superman coating. You are allowed to upgrade Superman’s powers and abilities throughout the course of the game, but of course that doesn’t make a lick of sense, but what can you do? One thing that I do love is the sense of freedom flying gives you. I love nothing more than just flying high up into the sky and waiting for that pop when Superman reaches top speed. 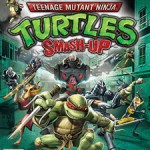 Making a Super Smash Bros clones must be a difficult endeavor, no one has been able to get the formula just right. They either have the license, but not the rock solid game play, or a variation on the game play with some major oversights.

TMNT Smash-Up falls into both categories. Ninja Turtles as a brand is one of the oldest, and perhaps, most trusted brands in entertainment. Having launched several successful animated series, movies, and even video games. The characters and world are prime for brawlers/fighters because it is a combat-oriented market, but this game really doesn’t seem to understand that.

It over-complicates the Smash Bros formula by adding in special arena/environment hazards/moves and then making the fighting feel stiff and lifeless. Even worse, for a brand that has been around for decades, this game didn’t seek to dig into the rich history of the franchise. Almost every character (and their models) are ripped from the 2007 CGI film. And lacks fan-favorites like Bebop, Rocksteady, Krang and many others. Instead, we get Rabbids?

If you need your Smash Bros fix, I would advise you look elsewhere.