A Peek into the Next Generation, Part 2: Xbox

The 2011 holiday season marked 6 full years the Xbox 360 has been on the market in North America, and 5 full years for the PlayStation 3 and Nintendo Wii. By the measure of any other video game console generation, this would be about the time the next-generation consoles should be making their debut, yet so far only the Wii U has even been announced, leaving us gamers with little more than a bevy of rumors, whispers, and dreams. The “why” for this shift in generational timing is an entirely different subject thatÂ will not be discussed here; instead I’d like to review the scant details we already know about the next generation and what we might reasonably be able to expect from those consoles—and what sorts of rumors we can probably ignore. Since rumors pin them as likely to be second out the gate next gen, today we look at…

MICROSOFT: Next Xbox/Xbox 720/Xbox 3/NeXtbox/Xbox Loop
What we know:Â Â Other than a few scattered public hiring postings, nothing at all. Microsoft has acknowledged the existence of its development, but we haven’t had any thing official besides that. What we do know is that Microsoft as a company has become increasingly obsessed with its “Metro” UI design aesthetic, first with Zune, then Windows Phone, then Windows 8, and now even the third iteration of the Xbox 360 dashboard. It would not be so far-fetched to assume the next Xbox’s interface will also be inspired by Metro.

We also know that Microsoft has heavily invested in the Kinect technology as a means to differentiate itself, and they have even proven a willingness to improve the hardware as seen in the recently-announced “Kinect for Windows.” Despite a software lineup thinner than the Wii’s, Kinect has proven to be a rabid success at retail, all but guaranteeing some form of the Kinect technology going forward. Xbox Live was already integral to the 360 from the very beginning and it has already branched out to Windows Phone and soon Windows 8, even having a cameo on iOS of all places; in other words, expect a continued evolution of the online service.

What we’ve heard:Â Here’s where the bits start to get juicy. We’ve heard plenty of rumors fizzle out over the past few years, including the most recent one that the next Xbox could debut at CES 2012 and launch by the fall. 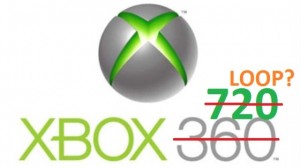 The one currently being thrown around most is some kind of E3 tease with likely a 2013 full release, with an outside chance at late 2012. The most intriguing rumor says the new system is codenamed Xbox Loop, will run on a Windows 9-based ARM architecture, have “Zune-like” (aka Metro) UI, be smaller and cheaper than the 360, and have dedicated computing cores for graphics, AI, audio, physics, networking, and Kinect. Now, there’s no reason to believe any Xbox rumor since they have all been wrong so far, but the concept of dedicated cores is very intriguing.

What we think:Â As alluded to before, Metro, Kinect, and Xbox Live are almost guaranteed to be the central pillars of the next Xbox platform. Also likely is support for and expansion of the multitude of multimedia apps that Microsoft has courted, all assuredly part of the next evolution of the Xbox Live service (hopefully they ditch the subscription model, but nobody expects them to). 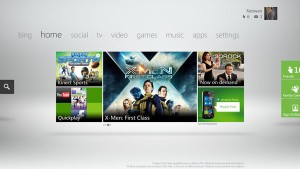 Such specialized computing cores–or even the ability to specially utilize various cores in such a way–would go a long way toward giving the next-gen Xbox that critical leap in aesthetic fidelity that typically demarcates a generational shift. I think some kind of integration with Windows 8 would be a bold move for Microsoft and could potentially give them the hook they wanted when they botched their Games for Windows effort (Windows 9 seems silly unless this console is still 3+ years away…if there will be Windows on Xbox, expect edition 8). One potential direction Microsoft could take the Live service could be a heavier reliance on cloud computing; an OnLive-type service could complement, but probably not replace, an expanded digital footprint that sees most if not all games offered as digital downloads. Some suggestions have been made that the next Xbox would have a “built-in” Kinect, but such an idea is ludicrous when considering how the technology works. Keeping the sensor unit separate from the actual box is essential to making this Xbox a desirable living room electronic. What I do think we’ll see is an upgraded form of Kinect–let’s call it Kinect 2.0–that comes bundled in with every box from Day 1. This would also allow Microsoft to beef up the sensor with new perks like the previously-cut onboard CPU to make the new sensor more accurate and advanced. Could Kinect possibly have a child with Bing and create a Siri-like maestro of the living room? One thing I don’t think we’ll see is a 2012 release.

Microsoft just invested all this money to evolve the Xbox dashboard and Live service this last fall, is still making a ton of money, has a barely 1-year old Kinect, has a hefty slate of upcoming games, and has plenty of wiggle room in price to remain competitive throughout this year and beyond. Most importantly, there is no pressure–Sony appears totally content taking its time while it turns a late profit and Nintendo is only coming up to current standards with their next offering. Business-wise, a 2012 release doesn’t make any sense, so at best expect a Wii U-type tease and nothing substantial at E3 or even later, followed by a 2013 release.