Improving the Idea of the Nintendo 2DS

At first glance, the announcement of the Nintendo 2DS is a baffling one. For many reasons. Least of which is the name.

But some marketing problems aside, the Nintendo 2DS does mark an interesting venture for Nintendo. It removes one of the key-selling points of the console, though a non-essential aspect of it, and changes the standard form of the device to cater to a specific audience. Ultimately, if it works or not will be up to the market. 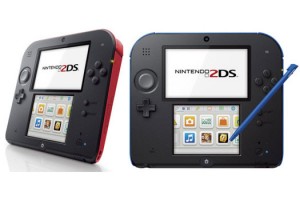 That doesn’t mean we can’t offer Nintendo some advice on improving this device’s potential. Below are just a few things we would like to offer. 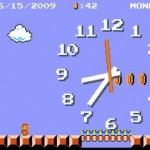 1) Revenge of the DSiWare Shop -Nintendo claims that the 2DS is aimed at a larger market. It can be seen as “My first 3DS” or even a kid-friendly “tablet” so they should embrace this with inclusion of apps. During the latter days of the DS, Nintendo toyed with a digital store. They fully realized the potential with the 3DS and the eShop, but did make some novel experiments on the DSiWare shop.

Of those experiments, they created some Nintendo-themed apps, and while I don’t really think it’s worth a buck or two, bundling a bunch of them with the console would be a smart maneuver. Stuff like the Mario/Animal Crossing themed Calculator/Calender/Alarm Clock are nice novelty apps to better give the device a more “My First Handheld” feel to it.

2) The Return of the Touch Generation – During the DS era, Nintendo offered a line of lighter, cheaper games they dubbed “Touch Generations”, these games were fun little experiments and sold decently for what they were.

Nintendo has tried, and for the most part, failed to recapture that magic with the 3DS. Most of it could be chalked up to get similar experiences on mobile devices for cheaper and more accessible.

While, I doubt these titles would light the world on fire, I do think Nintendo should go back and look into rebranding some of their 3DS titles with cheaper prices. Stuff like Nintendogs + Cats, Brain Age Concentration and even Pilotwings may find a much more suitable audience at 15-20 bucks a pop as opposed to 30-40. And yes, most of those games can be found for much cheaper if you’re willing to do the work, I think a new branding and ad campaign would go much further in giving them a second life. 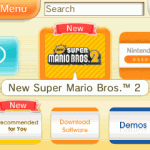 3) Attack of the Digital Revolution – The 3DS eShop as I mentioned above has made some terrific strides on the digital front since the Wii and DSi one. That doesn’t mean it’s perfect. I think Nintendo should lower prices of GameBoy and NES games to about 3 bucks. While some may still see it as a rip-off, it seems to be the right price to kind of be an impulse purchase for games you remember for your childhood and want to introduce your kids to.

I would also showcase as much as possible the cheap and wonderful games on the eShop like Gunman Clive.The trick however would be getting people into your stores.

Ideally, offering them a credit that they could redeem for anything on the eShop would work, and probably cost them next to nothing, but the eShop isn’t the most… streamlined store in that regard. Even after owning a 3DS for 2 years, still not quite sure some of the sub-systems of the device.

Instead, I think Nintendo should bring back the free version of their PokeDex 3D. If you’re releasing this the same time as Pokemon, it would be a great tie-in. Could even offer the current one for free. Make it a simple splash on the main eShop page, but get eyes on their digital store.

4)A New OS – Finally, and this may not play well to everyone so should be an option, but I think having a different more kid-centric theme for the OS would be cool. Slightly different jingles for starting games and apps. More colorful icons on their OS and the likes.

The 2DS is an interesting idea, and curious to see what happens with it.