It has been a good week for comic fans. Just a few days ago, we got to see the world premiere of Agents of SHIELD on ABC, and within the hour of its debut, Fox and Warner had announced plans to do a show called “Gotham” which is centered around Detective James Gordon and the GCPD.

As with any announcement online, the internet was excited, and worried, and thrilled and disappointed. Emotions ran high as it were. I, for one, came out as extremely excited. Even as more details of the show came forth, which we’ll get to in a second.

This article really tries to look at a lot of the elements the writers of the show have to play with, if they wanted to make a show that paid a great deal of respect to the source material, and was fitted for its new medium. 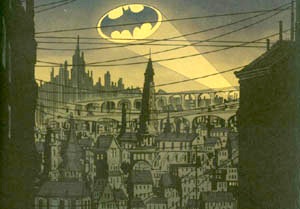 Earlier this year, I wrote about DC “living in the shadow of the Bat”, and at the time I was talking about their over-reliance on the Batman character. So why would an announcement of another show set in that universe excite me? Because, as of right now, it lacks The Batman. According to the release, this show will focus on Gotham City before the days of the Batman. 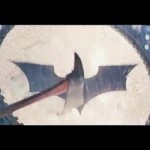 While this may be an odd decision for me, I for one champion it wholeheartedly. Not only because it allows DC to avoid returning to the Bat-well once more, but because it allows the show and world to grow without this larger-than-life figure casting a wide shadow across it all.

The Batman universe is so rich in characters and settings, partially because Batman is everywhere, that it would be nice to see it grow without his presence being at the heart of it.

That does bring up one problem. Bruce Wayne. Yes, Batman’s alter ego, but he existed before Batman did. Should the show delve into his presence? Or should he be out of the country on his mission to train? Then what becomes of Wayne Enterprise? Honestly, these aren’t questions I’m certain about either way, but would love to hear your thoughts on it!

At the same time, fans may ask themselves, “who will be in this show if not for Batman?” It is commonly held that most masked criminals and supervillains didn’t take up their mantle until Batman became a mainstay in Gotham. And this is something I feel the show needs to pay the upmost attention to. 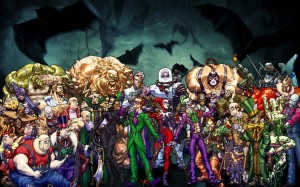 That said, there is nothing from stopping some of their pre-costumed forms from showing up. Characters like Dr. Johnathan Crane (The Scarecrow), Professor Hugo Strange, Edward Nigma (The Riddler), Dr. Victor Fries (Mr. Freeze) and many others had lives in Gotham before the Batman and even before becoming their criminal selves. Most of them won’t be involved in the crime scene directly, but would make great accessories or possible victims.

On the other hand, there are characters like Oswald Chesterfield Cobblepot (The Penguin), Roman Sionis (The Black Mask) and others are well-established in Gotham’s crime scene. And really a lot wouldn’t have to change for them in a pre- or post-Batman Gotham.

In some fashion, you could probably work in a ton of Batman villains. Some of them will clearly need to be off the table, due to their supernatural nature or magical prowess. One who should be off the table, altogether is The Joker. No Joe Kerr. No Jack Napier. There is no The Joker without Batman. No matter how you try to work it. No, it just doesn’t make a lick of sense!

Â The Other Villains

While I think it would be cool for fans to see the origins/history of some of Batman’s villains, I really don’t want them to play a major part in the series because ultimately we know the heroes can’t win. These characters have to exist beyond the show or the Batman appearing in Gotham makes no sense. 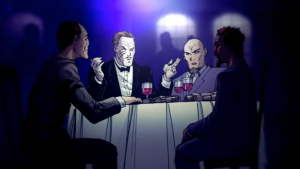 This is where another huge aspect, though sometimes slightly uncooked element, comes into play. Gotham’s huge organized crime scene. We have the huge crime families like The Falcones, The Maronis, The Thornes, The Daggetts and so many more. The beauty of this is it allows the cops to gain victories without breaking Batman’s legacy. Since these are large crime families, you can probably gather and arrest major players without touching the key ones like Rupert Thorne or Ronald Daggett. Again, showcasing the cycle that eventually does lead to Batman taking justice into his own hands.

I believe this also allows the showrunners to bring in other Bat-villains, who are in-between his top shelf and extremely obscure ones. Assassins or murderers like Deadshot and Zsasz would fit in well with a crime subplot and having the cops try and stop them in time. Not to beat the Bat-factor over its either, they are villains who can exist way before the Batman arrives to build up their legacy and reputation.

Â I’ve spoken at length of the villains and criminals you can include in the show, but what about the other half of the equation? We already know that James Gordon will be the main character of the show, and that he will only be a Detective in this version. 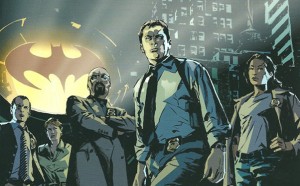 This means that he will need to report to a Sergeant, Lieutenant and Commissioner in the series. In Batman lore, there have been a handful of Commissioners before, and even after, James Gordon and it would allow the creators to pull from a pretty “respectable” list. Most likely, the show would start off with Commissioner Loeb, who many would know from Christopher Nolan’s The Dark Knight. Though, he is a more straight-laced cop in this than his comic counterpart. They could do Commissioner Grogan , if wanted to go with a straight corrupt cop angle. They could even go a different way and bump everyone else down a level and have a brand new Commissioner!

As for Detective Jim Gordon, well this will be on network TV so he will most likely be paired up with a partner. A young attractive female, with whom he has some light sexual chemistry and fans wonder, will they, won’t they. Lucky.. or unlucky for Gordon, he already had such a relationship during Batman: Year One with Sarah Essen. Unlike that series though, I would avoid the murky area of having our hero already married. It really does sully one’s reputation.

The rest of the roster will be a mixture of Batman: Year One cops like Arnold Flass, who was Gordon’s original corrupt partner, and also known from the Batman Begins movie. Then there’s Harvey Bullock, a staple of the GCPD, and one of their toughest, but honest cops. It will be interesting to include him just to have someone for Gordon and Flass to bounce off of, if they went in that direction.

Maggie Sawyer, who was Commissioner during Gotham Central’s run could also be a character on the show, giving more female roles and the fact that she comes up roughly around the same time as Gordon, even if it is in Metropolis. Some of Gotham Central’s other mainstays though would be a weird amalgamation of characters because part of their appeal is being in a Gordon/Batman Gotham and their reactions to that. Cops like Renee Montoya, Crispus Allen and Tommy Burke would be cops I’d love to see, but perhaps similar versions of them without being them.

While this has no real chance of happening, would love to see them even dig into the Adam West Batman years and pull out Police Chief O’Hara. He would be a fun addition and a nice nod to extremely old-school fans.

There are a lot of cops to work with in Gotham just because the Batman mythos is so large. You can dig into decades of comics, several animated series, more than half a dozen movies and the sorts.

Â To begin to wrap this up, we can talk about possible stories to tell. We already mentioned the Gordon-Essen love subplot if they go that route. These next two are more than anything else on this list, extremely wishful thinking, but I would absolutely love to see it happen! 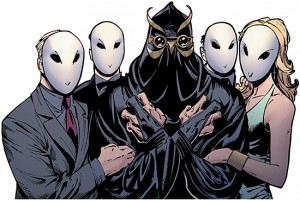 The Court of Owls. One of the most recent additions to the Batman-lore has been this secret society that has always had its talons in all facets of Gotham. It would be cool to see hints of the organization in the backdrop of the show. Perhaps, being able to take down unofficial members at various junctures. It would mostly be cool for comic fans.

Secondly, and this is just a pipe-dream of mine in any form, but a loose adaption of “The Long Halloween.” A murder-mystery that doesn’t really need Batman to succeed as a story. Would be a fun and creative way to tell a story over an entire season. Also allows the writers the chance to do seasonal episodes that actually fit the tone of the show. And like I said, I’ve always wanted to see this story in a different form.

I doubt anyone from Fox or Warner or DC Comics will read this, but as you can tell I’m more than excited for Gotham. There is enough history and lore and characters of the Batman-universe to pull from to make something beyond your typical police procedural show. If they really wanted to pay respect to the source material. I am intrigued to see how this all shakes out, and will be around for the pilot.