In its eighth year at the annual tradeshow Â extravaganza, this generation of consoles is quite alive and kicking. Day 1’s string of press conferences brought along a lot of exciting new footage, confirmation and expansion of known quantities, a few boring duds, and just as many if not more genuine surprises, including what was likely our first looks (yes, plural!) at next-generation gaming (more on that in a minute). While the days ahead still hold Nintendo’s conference, the unveiling of Unreal Engine 4, and a general cascade of news and gameplay impressions, Day 1 of E3 2012 gave everyone in the industry something to talk about. 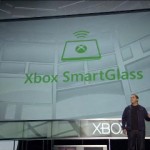 As has become E3 custom, Microsoft’s Xbox kicked off the gala, and wasted no time getting to its big star: the first campaign demo of Halo 4 impressed as the opening act. Chief and his new, mysterious planet looked plenty beautiful, as did the lush jungle with the creepy, Forerunner-looking baddies he had to shoot down in classic Halo fare. Resident Evil 6, Tomb Raider, andÂ Call of Duty: Black Ops II were among those third-party titles to show up, as did the previously-leaked Splinter Cell: Blacklist, which looks to bring back Spies vs. Mercs multiplayer. As expected, Kinect was all over the conference, showing up in previously announced titles like Fable: The Journey, Madden NFL 13, and FIFA 13, as well as in those “other” titles like Nike+ Kinect Training and the Usher-poweredÂ Dance Central 3. New entertainment offerings (lots more apps, new Internet Explorer), a re-branded “Xbox Music” service, and full detailing on the revolutionary new “SmartGlass” initiative. A trio of second party new IPs in Signal Studios’ (Toy Soldiers)Â Ascend: New Gods, Twisted Pixel’s LocoCycle, and Gore Verbinski’s Kinect-powered Matter, and this year’s Summer of Arcade lineupÂ rounded out a solid press conference.
(Notable Absentees: Ryse, NFL Sunday Ticket, Rare’s next project) 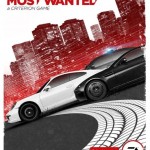 Electronic Arts had a stable of games to show, including Dead Space 3 (drop-in/drop-out co-op confirmed!), Madden 13‘s Infinity Engine (does away with pre-determined animations), a new SimCity (and SimCity Social for Facebook), Crysis 3, a gorgeous (thanks Frostbite!) if unoriginal Medal of Honor: Warfighter,Â and a COD Elite-like DLC season pass for Battlefield 3 dubbed simply “Premium”. Dr. Ray Muzyka came out to announce that Star Wars: The Old Republic would go free-to-play up to level 15 beginning in July and Dana White came out to announce a new partnership between UFC and EA Sports. Finally, Criterion debuted Need for Speed: Most Wanted and its expanded Autolog and new open world.
(Notable Absentees: Overstrike, NBA Live 13 gameplay, Fight Night, Mass Effect 3 DLC) 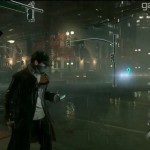 Often the oddest of press conferences (to put it mildly), the French publisher had one of its strongest showings in recent memory this year. They showed more of previously-revealed entities in Assassin’s Creed III, Splinter Cell: Blacklist, andÂ Just Dance 4, while also bringing out Rayman Legends and a new title called ZombiU, both exclusives for the Wii U. After an an awkwardly erotic peek at Far Cry 3, Ubisoft sent the Internet into uproar when it debuted Watch Dogs, a near-future thriller starring an apparent cyber-terrorist, which at points looked absolutely stunning (the rain was reminiscent of Epic’s “Samaritan” demo) and–when combined with Ubi’s refusal to disclose targeted platforms–strongly suggested we had just seen our first “next-generation” game.
(Notable Absentees: Rainbow 6 Patriots, Ghost Recon Online, Beyond Good & Evil 2) 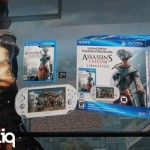 The home of PlayStation closed out conference day with a celebration of what makes PlayStation great. Jack Tretton opened with Quantic Dream’s stunningÂ Beyond, starring Ellen Page. They also announced that PlayStation All-Stars Battle Royale would be coming to PS Vita and feature crossplay with the PS3 version. The PS3-to-Vita love continued with the LittleBigPlanet 2 “cross-controller” DLC and Vita-compatible PS1 classics. Tretton also introduced Call of Duty: Black Ops: Declassified (but showed no footage) and the female-starring Assassin’s Creed III: Liberation for Vita, the latter of which will be offered in a bundle with a new Crystal White console. PlayStation Plus is getting a shot of juice with more and bigger free games, while a new concept called Wonderbook that utilizes the PlayStation Eye camera for augmented-reality “reading” underwhelmed. Ubisoft continued its mission to guest star in ever console maker’s conference by coming out to show 4-player co-op for Far Cry 3, a user-controlled naval battle in Assassin’s Creed III, and PlayStation-exclusive DLC for both. Android’s PlayStation Suite got re-branded “PlayStation Mobile” and will expand to HTC phones. And Sony brought out its two big guns for extended gameplay demos to bring it all home: the gory God of War: Ascension (coming March 12, 2013!) and the mesmerizing The Last of Us, which served to remind us just how good of a game developer Naughty Dog is.
(Notable Absentees: Dust 514, LittleBigPlanet Karting, Gaikai/OnLive partnership, The Last Guardian) 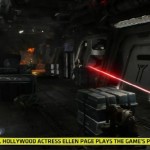 The conferences provided the meat of the day, but the show continued on GameTrailers.com and SpikeTV as they showed even more reveals behind the scenes today. Many of the titles absent from the conferences made their gameplay debuts on the air, including (but not at all limited to) Transformers: Fall of Cybertron, Darksiders II, Metal Gear Rising: Revengeance, Epic Mickey 2, andÂ Aliens: Colonial Marines. The network also debuted Halo 4‘s Spartan Ops weekly episodic co-operative story mode and the first gameplay footage of next year’s Gears of War: Judgement. In another bang to end a big day full of them, we finally got to peel the curtain back off Star Wars 1313 (if only ever so slightly)–and we were blown away. The incredible visuals (running on “very high-end PCs” and featured advanced particle effects) screamed “next-generation”, giving us two next-gen titles now despite the reluctance of hardware makers to reveal their next machines.

All in all, it was quite an amazing and exciting day for gamers, publishers, developers, and the entire industry as a whole. Here’s hoping E3 2012 continues its torrid pace as Nintendo kicks off its own presser tomorrow and the floor officially opens.