Recently, I had the pleasure of spending multiple hours with Outlast. The game which was previously released on the PC has found its way onto the PlayStation 4. And for the first month is free to PS Plus members. 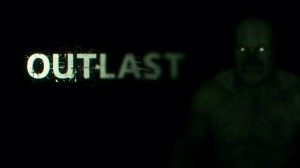 The game centers around a character named Miles Upshur, a freelance journalist, who receives an anonymous tip about Mount Massive Asylum, which is owned and operated by the Murkoff Corporation has been operating as a psychiatric facility in secrecy until now.Â  Even after receiving the tip, it is never made clear why Miles goes through such troubles to gain access to this creepy place. He climbs and stumbles across broken scaffolding to climb into a 2nd story window to enter.

The story is mostly told by capturing different moments with your camera, which prompts the character to write a journal entry about his feelings or what terrifying occurrence he witnessed.Â  Also, you learn about back story of certain enemies by picking up patient files.Â  This medium is also used to shed light on the scientific experiments or trials that have been going on as well.Â  However, where the story takes a really odd and unlikely twist is when one of the objectives is to meet up with a character that previously sedates you and locks you in a cell, I don’t know about you, but I think I’d just be focused on getting the hell out of the asylum after seeing piles of dead bodies, crazy patients who try to kill you and a demon who you watch mutilate a S.W.A.T. team. 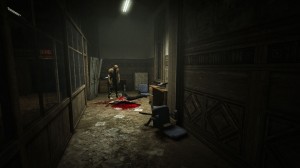 Visually, this game looks great while it’s clear it doesn’t use the full potential of the PS4, it is nonetheless still visually satisfying. What I really appreciated about the game’s visual was the attention to detail. The majority of the game is viewed through the night vision lens of a handheld camera, which just adds to the overall atmosphere of the game.Â  The limited view builds into the design of the game as well. I found myself slowly sneaking around, terrified to move.

The game’s sound also helps in this regard. I found sound is where this game excels in a big way, being a huge horror fan. I get annoyed by the jump-scares that are typical with the genre these days. Outlast doesn’t stoop to that cheap scare level, but instead delivers horrifying screams, disturbing moans and creepy ambient sounds that makes the hair on the back of your neck stand straight up and keep you on the edge of your seat. There’s points in this game that just makes you stand still and not want to move, as you hear a huge enemy coming your way or lurking about. What is absolutely chilling, is listening to the character start to panic and breathe heavy, as you’re doing the same on your couch.

Getting back to the visuals. This game does all the small things right. Details like walking through a pool of blood and having foot prints track through the room or hallway for example. The game even started off with decent explanation for the typical horror stereotypes, like the doors inexplicably being jammed. Early in the game, you can see in most cases the doors are chained, blocked by a heavy object or bolted shut. We’re given a reason as to why we can’t access certain room. However, later in the game, its just kind of stops, more and more doors become inaccessible without explanation, a little frustrating, but maybe we should assume they are sealed in similar fashion as they were earlier in the game. 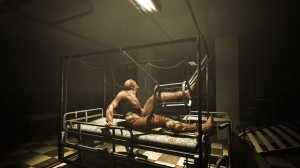 I also appreciated how careful the character was. As to put his hand on doorways when inching around corners, very natural given the situation, and not wanting to make noise. This is partnered with controls that seemed acceptable starting off, but as the game progressed and you find yourself in tense chase sequences or as my hands started to tighten around the controller, I began mistakenly raising the camera or kneeling and getting caught by the enemies. Eventually I realized it was much more efficient to full out sprint, everywhere, which kind of took away from the feel of the game.

The enemies look great from the get go, but again later in the game, become dull and re-used. It appears like all the creativity went into the first couple hours of play, and the developers hoped we’d forgotten about seeing the first asylum patient with a machete by the end. Despite seeing countless objects you should be able to pick up and use a self-defense, such as paint cans, broken chairs or metal poles, your only defense is to run, hide, and run some more.

In the same way as my previous complaints of repetition, my one and only complaint about the sound, is the eerie but eventually annoying sound that comes after closing a menu/note/file. After playing for about an hour, you stop wanting to read any of the files or notes you collect just so you don’t have to hear that redundant noise.

This game is well worth the download, even for the $19.99 for non-PS Plus members. It’s a nice addition to the horror genre. Although some of the objectives seem to take away from the feel of the game, I guarantee this game will scare the crap out of you. With the great sound and stunning visuals, the best way to play the game is with all the lights off, and a great pair of headphones. With the exception of a few weird glitches, like when you raise the camera, fogged glass looks clear for a half second and a few infuriating puzzles that leaves you continuously dying until you figure out the path of the enemies, this game is a lot of fun and really scary. The further you let yourself get lost in the Asylum, the more you’ll get out of the game.