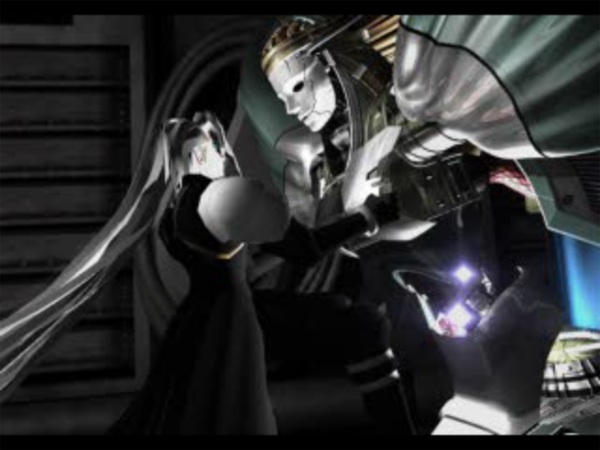 What are some of your favorite mother/children relationship in modern entertainment?

Call me crazy, but my favourite mother/child relationships are the terribly messed up ones. There’s no preference as far as media format goes (movies, TV, games, etc.), but three relationships in particular that stand out to me: JENOVA & Sephiroth, Norman Bates & Norma Bates, and Cubone & his momma. They’re all special in their own little ways.

Technically, Final Fantasy VII’s JENOVA isn’t actually Sephiroth’s mother. His real mother, Lucretia, was injected with JENOVA cells while he was still in the womb. Still, every record he was able to find indicated that he was her offspring and the momma issues that arose out of that discovery drove him a little nuts. He decided to follow into his mother’s footsteps by draining the Lifestream of it’s power and careening the planet into another for him to destroy. All the while, JENOVA just allows things to take place without her hand in the mix. Or is that really the case? Sephiroth and his father/scientist Hojo are under the impression that they have their own will, but really JENOVA’s cell have manipulated their hosts in conducting her will. Now THAT is a domineering mother.

I feel bad for Psycho’s Norman Bates. Yes, he’s responsible for killing a number of young ladies, but he’s not really a bad guy per se. As a little boy his father died and his mother became the most important and controlling figure in his life. A staunch Christian (some would go as far as to say “Puritan”), Norma told Norman of the evils of other women and impure thoughts. He soon saw her as his best friend. She and his step father died shortly after the construction of the Bates Motel. We learn after the events of the original that Norman had poisoned his mother and used his Taxidermy skills to preserve her body in what was her room so he can be with her forever. Now an adult, whenever Norman has impure thoughts his mother takes over and commits atrocities. It’s awful, but it isn’t really his fault. Also, it should be noted that this story is based on the true history of killer Ed Gein.

Finally, we have Cubone and his Mother. Now, you may ask “how could a PokÃ©mon have a messed up relationship with his mother?” Well, have you ever wondered where he got his bone helmet and club from? Yup. His mother’s remains. Talk about attachment issues. In fact, it is called “the lonely PokÃ©mon” due to its social awkwardness and tendency to keep to itself after the trauma of seeing its mother die. It’s kind of impressive that Nintendo had the stone to put this kind of content in one of their games.

Anyway, these there matching are cool because they take the traditional “nurturing” paradigm between mother and son and take the attachment to the extreme.