You have a passing interest in the X-Men, Marvel’s long-running analogy for heroism in the face of bigotry, but have no idea where or how to start reading the comics. It is a continuity quagmire that is rich with relationships and meaning, but is also more dense than the Avengers. When I began to read back-issues I started with #1 using the Marvel Unlimited app, I would not suggest anyone take my cue and do the same as those early issues can be a real slog.

Given the legacy of the X-Men as one of Marvel’s most successful and longest running comic franchises, many people forget that the original run was a failing title. It did so poorly in terms of sales that releases were pushed to a bi-monthly basis and Marvel started reprinting old stories under new issue numbers (pretty sleazy). It also had a lot of the negative hallmarks of silver age comics (re-introductions to the characters you’ve already met, slow moving arcs, stiff action, etc.).

All you really need to know is that the OG team featured Angel, Iceman, Marvel Girl, Beast, and Cyclops as the stoic leader. The X-Men were led by Professor X, fought the Brotherhood of Evil Mutants, and their first enemy was also their greatest: Magneto.

Since you may not want to jump in at the very start of the X-books, today I’ll be discussing a few of the better entry points for newbies. Some will get you right into classic X-Men. Some will touch on award winning arcs. Others will bring you up to speed on the most recent events in X-books. You won’t see any recommendations like Battle of the Atom, Age of Apocalypse, Days of Future Past, or the Phoenix Saga because you can’t easily jump into those (and we’ll cover them another day).

The X-Men that people know and love today are due in large part to Chris Claremont’s beautiful brain. He realized that the bones of this franchise held meat and could be worked with in a better context. A stronger focus on flaws and character development. While Lee/Kirby’s OG X-Men were a group of five middle-American white superheroes, Claremont’s team would be multinational to really push home themes of diversity and teamwork.

Many staple X-Men characters were introduced in the Giant Sized X-Men one-shot that kicked off Claremont’s run. Storm hailed from Kenya, Nightcrawler from Bavaria, Colossus from the former USSR, and Thunderbird was an angry Native American warrior. Wolverine, a Canadian mutant first introduced in The Incredible Hulk #181, was brought in (under suspicious terms) by Professor X, and finally Sunfire and Banshee (who were both previously introduced in X-books) also joined the the team.

They are pulled together as an international mutant strike force to (a) halt mutant or non-mutant threats towards the planet’s population, and (b) try to present a positive mutant image to the public in order to foster more productive human-mutant relations. Cyclops returned as the leader for this new team’s first official outing: to rescue the original set of X-Men (Marvel Girl, Iceman, and Angel as well as new recruits Havok and Polaris) from a sentient mutant Island named Krakoa.

Giant Size X-Men #1 kicked off a new direction for the most uncanny of modern heroes that includes some of comics greatest character arcs as well as some interesting Jungian psychology. I heartily recommend jumping in here and moving forward. Trust me that you aren’t missing too much from the OG run and there is a lot more meat in every issue of the X-Men from here on out. 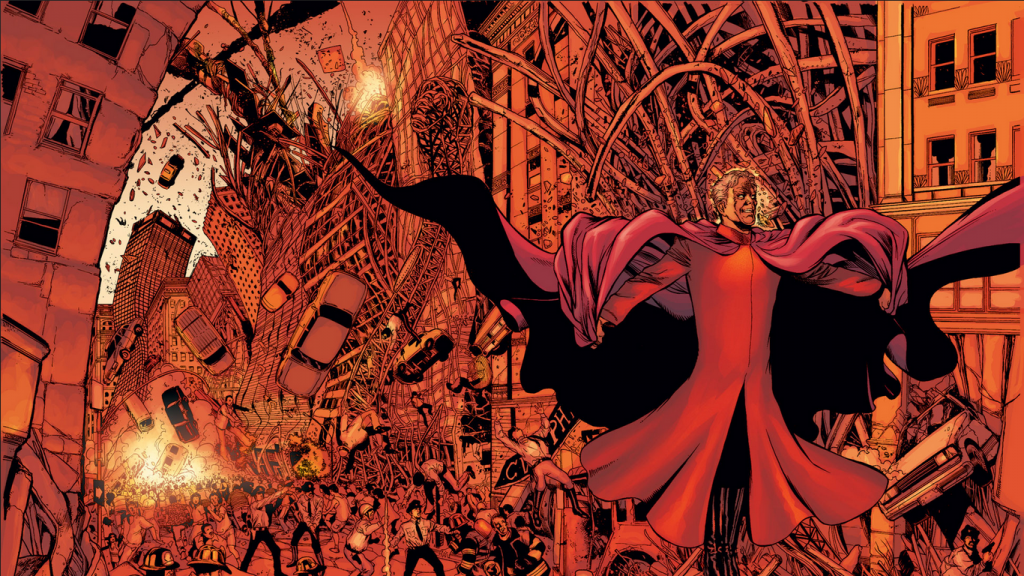 I’ve heard that at the time of New X-Men’s release the mutants were not in a good place in terms of fan reception and sales. The series had become somewhat stagnant. This made it the perfect candidate to be thrown to experimental writer and dark arts practitioner Grant Morrison for some weird, wonderful, and cerebral writing.

Insecurity, sexuality, cults of personality, and physical appearances and their impact were viewed through the lense of mutant lifestyle and relationships. Not only did our heroes have to learn how to deal with very real issues, but they were still very much hated and their nation had just gone through a great tragedy. It is a scintillating read because the approach Morrison took tapped a bit more into the human condition.

We also owe Grant Morrison for reintroducing Emma Frost, pushing the anarchist ideologies of Quentin Quire, and the fun and violent tales of Fantomex (who is definitely a fan favorite). It’s a much more dense approach to X-Men, but it’s a good read if you like the characters. And Xorn.

For the record, I do really like Shen Xorn even if Morrison never planned his creation. 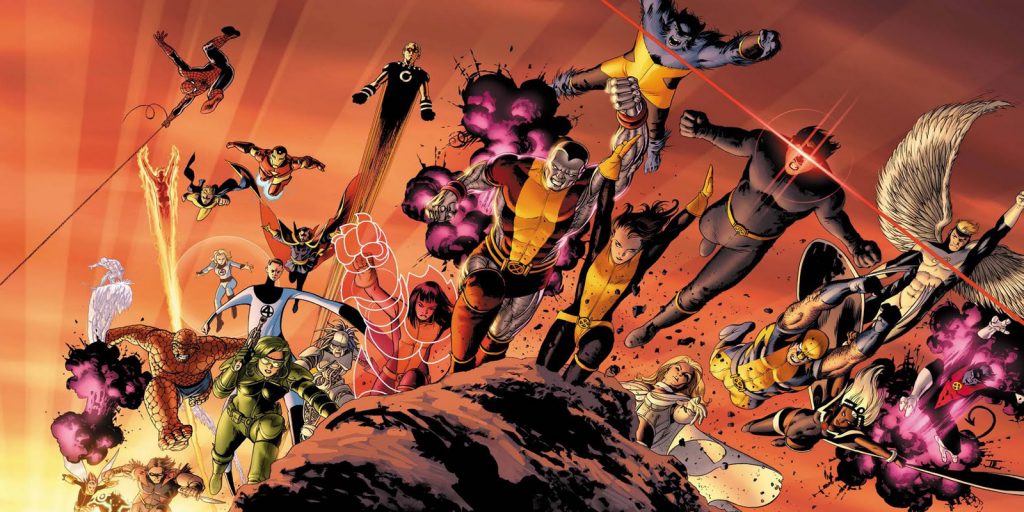 Remember how X-Men: The Last Stand played around with the idea of a Mutant Cure? It was a serum that had the power to suppress the user’s X-gene. I say “played” because it ultimately was a bit of a red herring in the worst X-movie to hit theaters (Origins: Wolverine and Apocalypse are awfully close). That plotline comes compliments of Joss Whedon’s Astonishing X-Men, and there are plenty more that are worth your time.

Joss is a fan of Claremont’s run and does a lot to pay homage. Astonishing also has the benefit of kicking-off at the end of New X-Men, and while that means that there are some continuity issues due to editorial retcons a lot of issues are cleaned up and a greater spotlight is given to individual members of the team. In particular, Emma and Scott’s relationship.

Kitty Pryde also makes a grand return and gets much more development under Joss’ care. While she has been all over the Marvel Universe in recent years, this is where Kitty first stepped up to be a prominent part of the X-Men and a mentor to the younger new mutants. It’s great to see her grip with the return of her former lover and does a lot to set up her role with the Jean Grey School.

I’d be remiss in not mentioning that Astonishing X-Men also won a Will Eisner Award for “Best Continuing Series.” Critics were in love with the dialogue. It led to a few animated features which you can find on most streaming platforms. 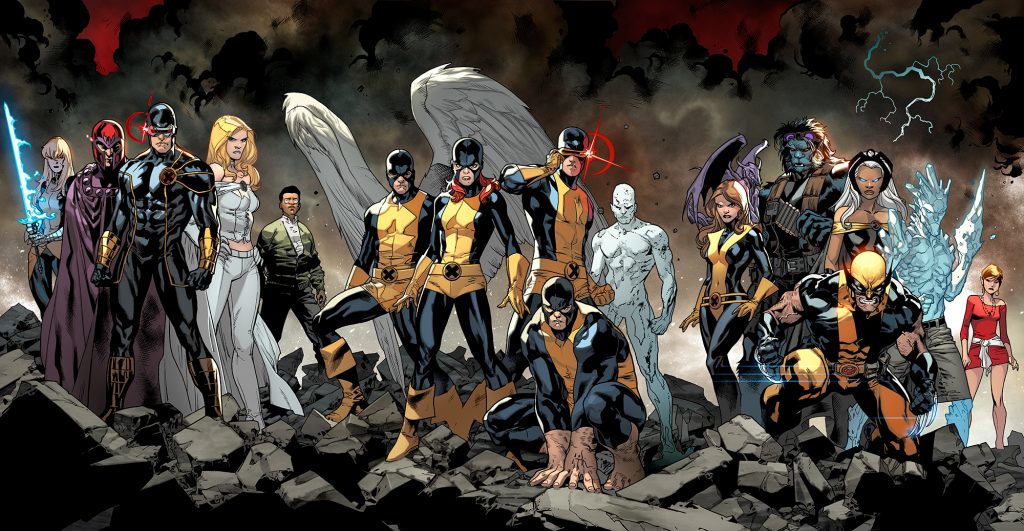 Coming out of the X-Men event known as Schism, Wolverine & The X-Men is the ying to Uncanny X-Men and Cyclop’s yang. Rather than focusing the a group of revolutionary strike-force mutants led by an increasingly unhinged and extreme Cyclops, this series scoops up some young mutants and introduces the Jean Grey School for Gifted Youngsters with Logan as an unlikely headmaster.

Legacy mutants you know and love return as instructors (and janitors), the Hellfire Club returns to the X-verse as opposition, new mutants going through the school’s classes are unique in both design and motivation, and the dialogue is just so fun. More than that, we get to see a version of Logan who is tender, thoughtful, and in sincere search for a meaningful non-violent future for mutantkind.

It’s fun from start to finish. It’s also a great starting point for newer readers who are open to larger events like AvX or Battle of the Atom. This is the series that brought joy back to the X-books and laid the groundwork for both Death of X and the Death of Wolverine. Something both I and Storm are still reeling from. 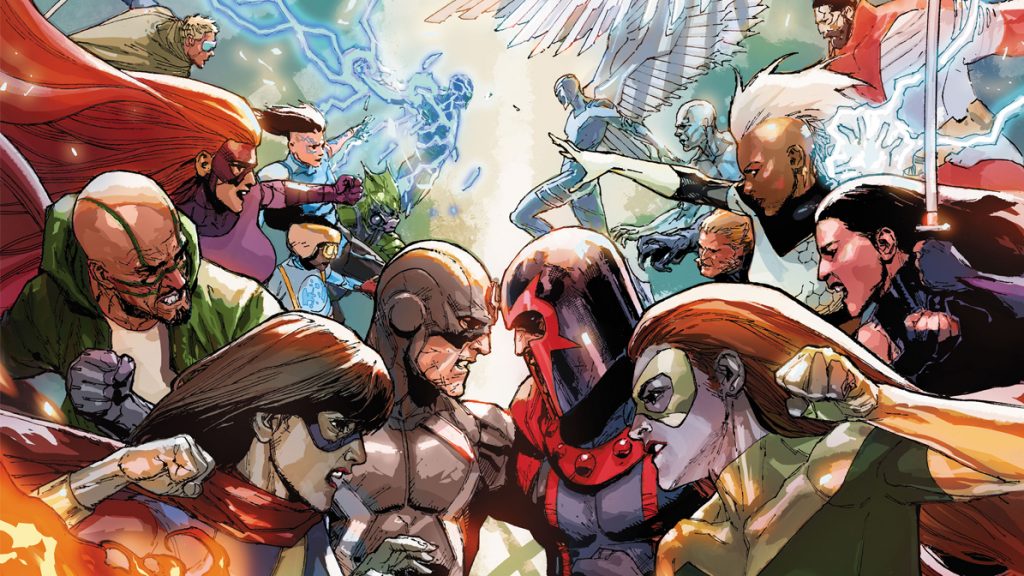 This last one is a little controversial. Longtime fans of X-Men aren’t in love with many of the comics that have been released the past year and a half. The three main X-books on the go are All New X-Men featuring the time displayed OG team, Extraordinary X-Men led by Storm and dealing with mutant extinction, and Uncanny X-Men led by Magneto (it’s a darker X-Men team). The reception has been mixed, to say the least.

In parallel to those three Old Man Logan, All New Wolverine, and X-Men ‘92 have been running in the background. Larger events included Civil War II: X-Men, Death of X, and Inhumans vs X-Men. Some of it has been really well written (I in particular like the books helmed by Lemire and Soule), but these books also have an intentionally different vibe about them.

Many of these new books are about survival in the face of bigotry turned violent or extinction level events. In the aftermath of Infinity, Black Bolt destroys Attilan as a show of defiance to Thanos and a bomb goes off resulting in two Terrigen Mists clouds that circle the globe and activate Inhuman descendants (known as “Nuhumans”). These clouds have the added effects of the deadly M-Pox and X-gene sterilization for mutants.

Readers had been unaware of what took place during the 8-month gap following Secret Wars. Cyclops did something to bring human relations with mutants to an all-time low. In some cases, characters claimed he was dead. It wasn’t until almost a year later that we found out what exactly happened with the former X-Men leader. It’s pushed older X-Men fans to a point of mutant fatigue because things for homo superior just keep getting worse.

The general feeling of these X-books is one of uncertainty: mutants around the globe are being killed or sickened by M-Pox, X-Haven (the school) had to be established in the Limbo dimension where demons regularly attack, the shadow of one of the X-Men’s greatest foes hangs over each of the three main titles, Cyclop’s final act has inspired mutant revolts, corporations are praying on the bodies of mutants in stasis, Inhuman relations are faltering through no fault of either side, no new mutants are being activated, and every glimpse we get of the Earth’s future is one in which mutants are extinct and civilization has crumbled.

Picking up the pieces of Inhumans vs X-Men, the X-Men Prime one-shot launches this spring as a kick-off to the highly anticipated ResurrXion event. To some this is surprising. Marvel has to split the profits on any merchandise with Fox (the film rights holder), and many readers had expected the publisher to phase the mutants out in order to build the profile of the Inhumans (to which they own 100% of the film and merchandising rights). Death of X was seen by many as the death knell for X-books in general. Instead, the X-Men are coming back in a big way with the 2017 releases of X-Men Gold, X-Men Blue, Generation X, Weapon X, Jean Grey, Iceman, and Cable.

As stated by X-Men editor Daniel Ketchum, “ResurrXion is all about embracing the [X-Men’s] original dream of coexisting with humans and fighting together to make a better world. All the books in some way, shape, or form, embrace that idea. We’re going to get back to flights, and tights, and capes, and all the classic X-Men tropes. We very much want to harken back to that era where it’s the most classic iteration of the X-Men.” It’s hard to say what the future will hold for our blue-and-gold heroes, but I’m excited to see their adventures continue.