WWE Games and The Road to WrestleMania

I’ve written before on this site about the State of Video Game releases. Companies, instead of trying to spread out their release, tend to jam them all into a very-crowded holiday season. It has gotten somewhat better in recent years though.

One that has always stuck out as odd to me has been the release of wrestling games. As I write, we are just 3 weeks away from WrestleMania 29. It’s the biggest time of the year for the wrestling industry. At no other point in the calender year are ratings high, is consumers’ levels as piqued and the product tends to be solid for the most part.

Take a look at the release schedule though, and you’ll notice a total lack of wrestling video games. Yes, part of the reason is that THQ is no longer in business, and Take-Two recently acquired the WWE license, but this isn’t a NEW problem. As a matter of fact, THQ’s Smackdown/vsRaw/WWE titles have been staples of late October for the better part of the past decade. 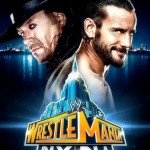 And why? What wrestling event is really big that time of year? Sure you have the Survivor Series, one of the WWE’s original Big 4, but of the 4 PPVs it is on the bottom of the list. Hell, the “gimmick” of the PPV is hardly ever used these days. And in over 25 years of making wrestling games, there has NEVER EVER been one called Survivor Series. We’ve had a ton of WrestleManias, one or two Royal Rumbles, A King of the Ring, No Mercy, In Your House and Raw and Smackdown, but never a Survivor Series game.

Most wrestling games don’t even do a Survivor Series match, and if they do.. it generally isn’t very good.

It’s not the genre. If you look at football, basketball, hockey, baseball and soccer games, they all tend to release near the start of their respective seasons and sell well. Madden was a staple.. and usually the only major release in August for some years, NCAA Football does well in July, MLB The Show does great numbers on Sony’s consoles in March. They don’t feel the need to be shoe-horned into the Sept-Nov window since they can be tied into major events with their sport.

It could be argued that wrestling doesn’t have a starting point since it is a brand of entertainment that runs year-round, and that would be fair. But traditionally the period running from the Royal Rumble (another of the Big 4) until WrestleMania is prime business for the industry. In that window of about 3 1/2 months, it would be most ideal to launch the title. You get the added bonus of being pimped out hard on live-shows (as they have a tendency to do), and as noted earlier business tends to boom during that window.

This article only serves as a reminder that WrestleMania season is in the air, and there’s really no new wrestling game to capitalize on it!