Continuing my tradition of catching DC’s newest animated offerings at WonderCon, I was able to make the encore presentation of 2017’s latest outing. The audience was no less enthused for the flick, even on the last day of the convention. It opens “5 years ago,” with Starfire’s introduction to the prior Titans line-up. The alien superheroine learns to speak english by locking lips with the original Boy Wonder, and Beast Boy snaps a quick pic, setting up a running gag. Cut to the present and we meet the current incarnation of the team as established in “Justice League VS Teen Titans” with the addition of Terra, who was teased in a post credits scene 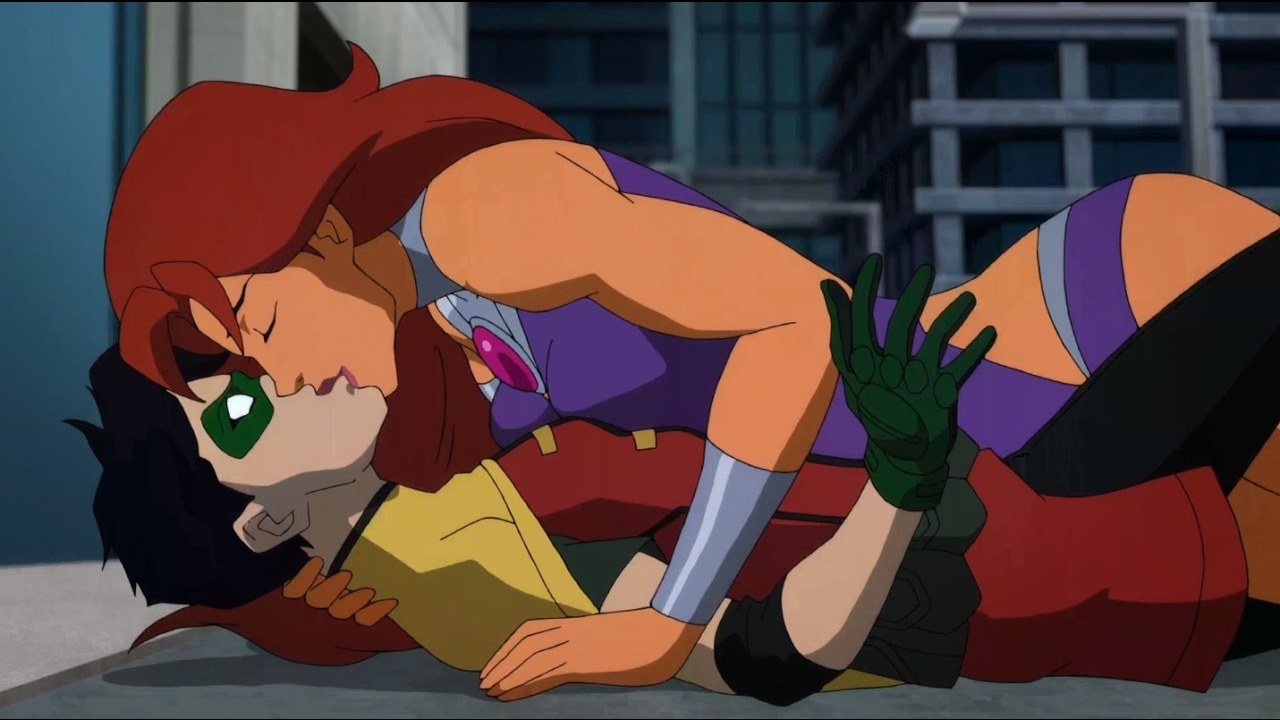 The film does a great job of establishing its characters early on. Damien, while not as much of a brat as he was in earlier entries, is ever the cold tactician he was raised to be. When he praises the improved response time of some hired goons, Dick chides, “Stop complimenting the bad guys.” Dick and Starfire’s relationship has moved from subtle innuendo to PG-13 sex jokes and cohabitation. Blue Beetle’s scarab is acting up and is straining his relationship with his family. Team jokester Beast Boy is an avid social media user with over a million followers and has a full blown crush on Terra, who can’t even open herself up to a friendship with her teammates, let alone a romantic relationship. I felt Raven took a backseat this time around, but that isn’t the worst thing as the entire last movie was about her.

Fanatical cult leader, Brother Blood, has enlisted the help of Deathstroke to capture the Titans for his nefarious plans and, unfortunately for the young heroes, Slade has someone working on the inside. While the identity of the team’s “Judas” has been known since 1984 (when the original story appeared in comics), and was even reintroduced over 10 years ago on the “Teen Titans” series, knowing Terra will betray the team does not diminish the drama. Terra’s characterization might just be by favorite thing done by the recent DC adaptations and I can see why they went for Christina Ricci in the role. Terra plays many parts: angsty young superhero, Slade’s Lolita, trauma survivor, love struck teen, and more. The layers of manipulation and betrayal that comprise her character have been working through my head since the credits rolled. Her tragedy reminds me of Theon Greyjoy from “Game of Thrones”: someone who can never truly belong, ripped from home, and forced to betray their true, loving (but adopted) family. It stings that much more that many on the team reach out to her. Raven offers to show her meditation techniques and Robin, almost as if to stoically admit the good joining the Titans has done for him, states, “If you need to talk let us help you.” And that doesn’t even touch on Gar’s (aka Beast Boy’s) tender and genuine romance with Terra. That poor girl is torn in every different direction and dare I say I was left misty during the finale. 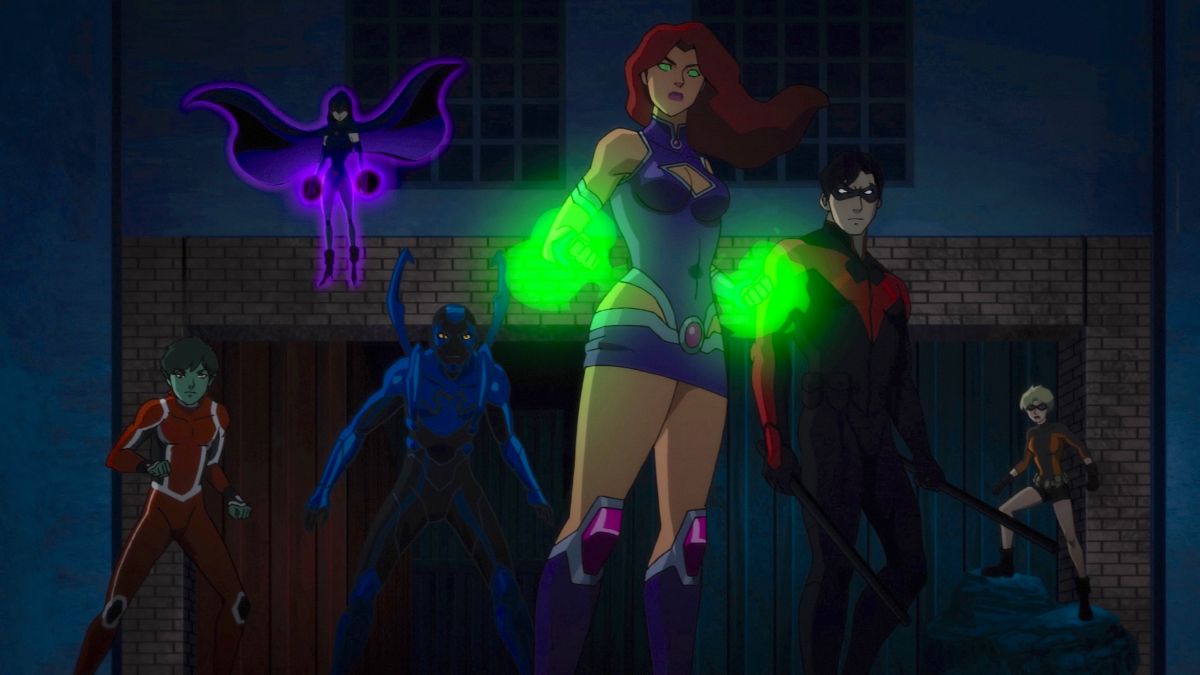 But this isn’t just a drama – there’s still plenty of ass kicking to go around. Dick vs Slade is exquisitely animated, with special attention paid to physics when one of the combatants dislocates a shoulder. There are too many moments to highlight but the finale is a crescendo of pathos and violence that honestly surprised me. The animation isn’t just wonderful during the fighting – some of the expressions Terra gives during the climax are haunting.

Many of the recent DC animated features have been PG-13 but few have fully utilized the limits of the rating like this one. There are curse words (even words you can’t say on TV), bloody gunshot wounds, and a prosti-tot Terra (how old is she supposed to – nevermind don’t tell me). Damian’s crack to Slade that “playing with teenagers is more your speed” elicited many hoots from the audience. While it may seem like the trend at DC is to go gritty, this is also a film with a Beast Boy selfie montage. The mature content does more to ground this superhero story than veer it into “edgy” territory. I could go on and on about this movie but I wouldn’t want to spoil more than I have. I think the only reason I didn’t give it a perfect score is because the villain plot is a bit generic, but it provides a rich enough backdrop to explore these characters. It should also be mentioned that this is one of Miguel Ferrer’s (Deathstroke) final performances and he delivers as a truly despicable and formidable foe. Oh – and don’t forget to stick around for the credits.

“Teen Titans: The Judas Contract” is now available for digital download and will be on sale for DVD and Blu-ray on April 18, 2017

Review 6 out of 7 – a classic story adapted with all the gravitas it deserves, killer animated sequences, and a full embrace of its PG-13 rating. Give us more Titans!