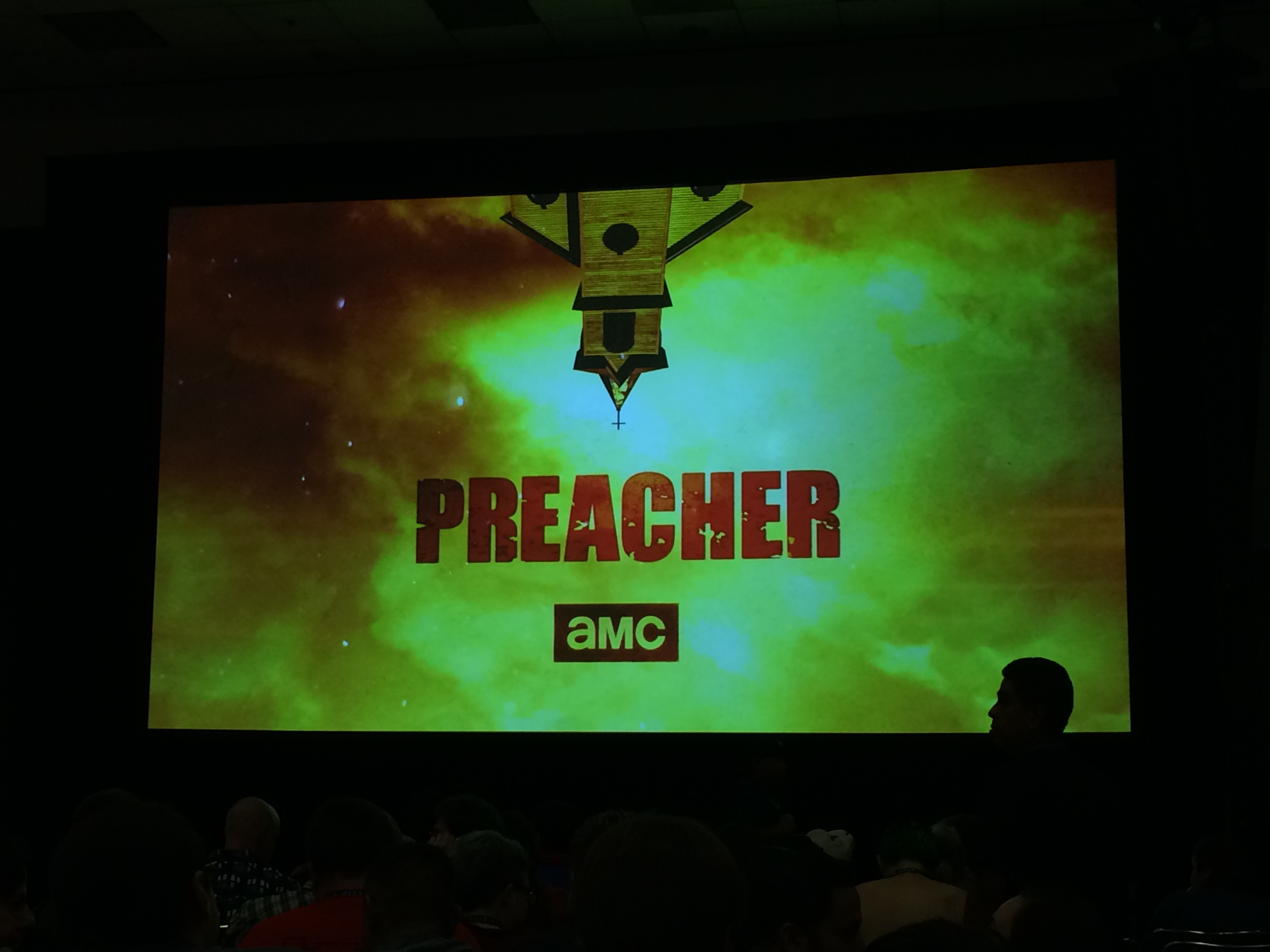 
I bought my first volume of “Preacher” in the summer of 2002. Rather, my dad bought it for me after the comic book store 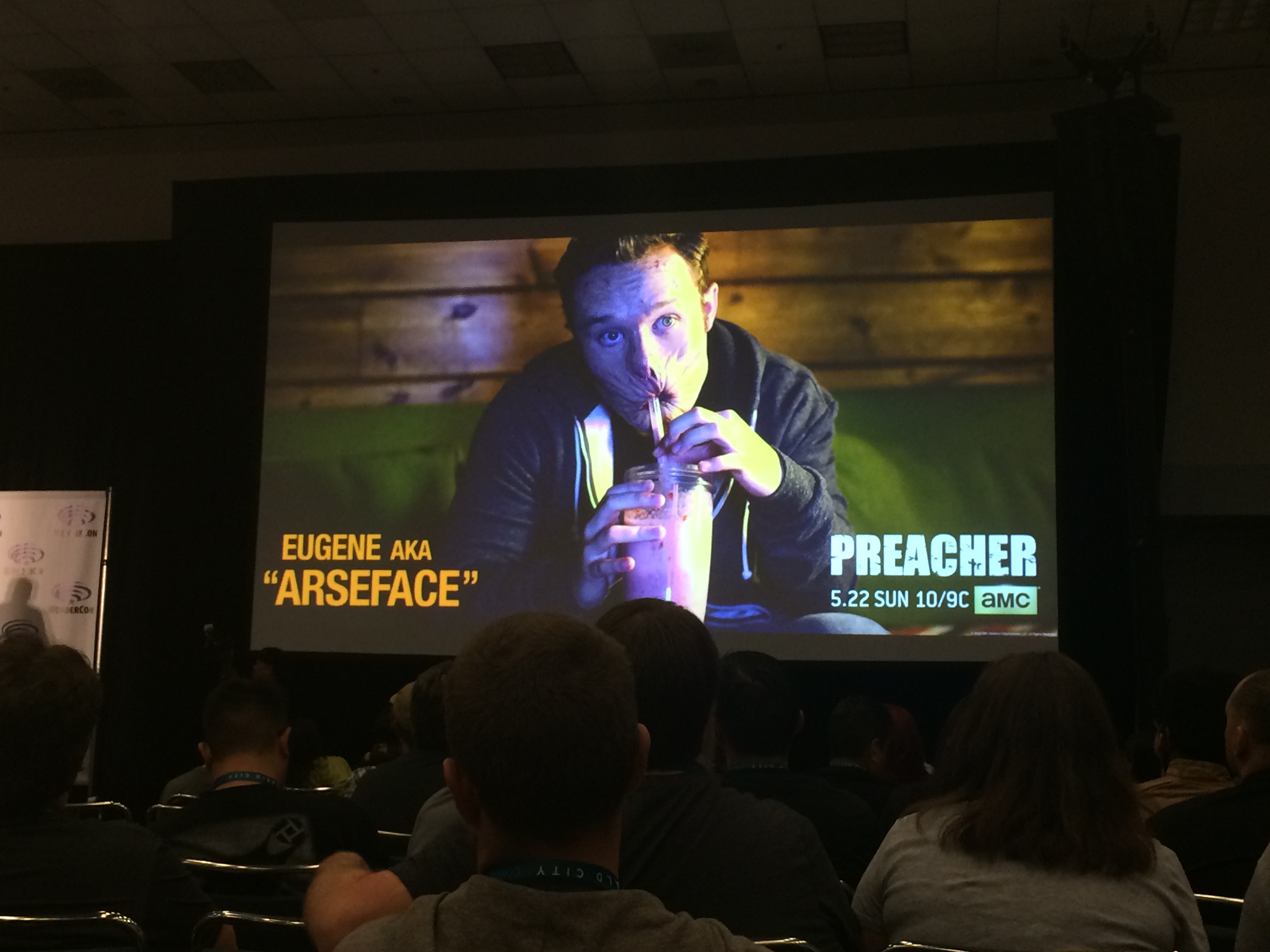 employee explained the book’s NSFW content to him. With my legal guardian sufficiently warned, I walked out with “Going to Texas” held tightly in my 13-year-old hands. I inhaled those first seven issues that very evening and nothing was the same. Ultra-violence, blasphemy, graphic angel-on-demon action – I never knew comics (or any medium) could tell a story like this. It’s a fantasy story with vampires and magical powers, but also a modern Western with an ass-kicking Texan in the lead role… and a touching romance, a pitch-black comedy, and a religious conspiracy thriller told well before “The Da Vinci Code”. “Preacher” wasn’t just my first Vertigo series – it was the first ongoing series I had ever read start to finish. It was this title more than any other that got me seriously into comics (shout out to Rob at Comickaze for changing my life).

Needless to say, I’m very protective over the series. Adaptation buzz has surrounded “Preacher” since the nineties but as Ennis himself put it, “The options on “Preacher” and “The Boys” sell regularly. Nothing ever happens. This works great”  (at 30:36). When it was announced that Seth Rogen and Evan Goldberg were filming a pilot for AMC I was cautiously optimistic. “Superbad” and “Pineapple Express” are two of my favorite comedies but “The Green Hornet” was a comic book adaptation that was.. uneven (to put it mildly). And while the religious irreverence in “This Is The 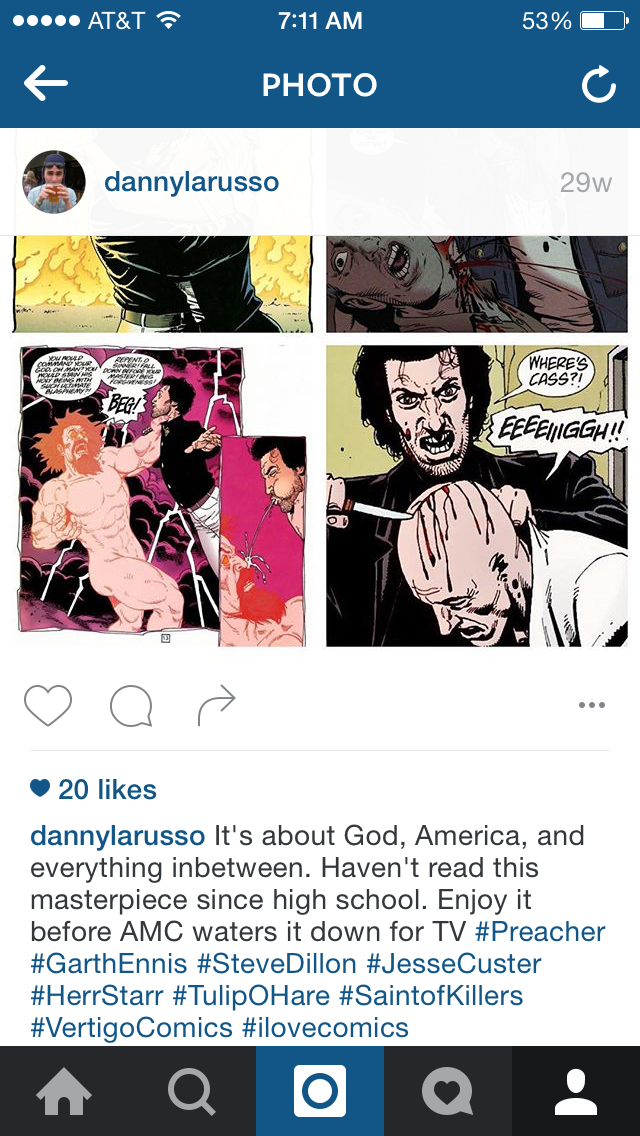 End” gave me some confidence, the trailer AMC dropped back in November took it all away and then some.

I griped on social media and to anyone unlucky enough to be sitting next to me in the screening room. And as the pilot opened on an African church (after an admittedly cool scene of Genesis screaming through the cosmos towards Earth) I felt justified in my preconceived notions. “This isn’t Anville. Why aren’t they making it exactly like the comic? They’ve ruined-” And then a holy man spontaneously combusted, his blood and guts showering the congregation. The Wonder Con crowd exploded in hoots and laughter and I realized just how wrong I was.

While the comic had abandoned Annville by the end of the first issue, the show’s IMDB page gives the impression that we’ll be sticking around during this 10 episode season. Names like “Fiore” and “Quincannon” in the cast tease of what’s to come and there’s an easter egg to be found in a certain gunslinging silhouette on bottles of Ratwater whiskey. What’s more, despite the dour ad campaign, the episode manages to deliver plenty of TV-MA jokes that evoke the series’ X-rated flavor. In interviews, R 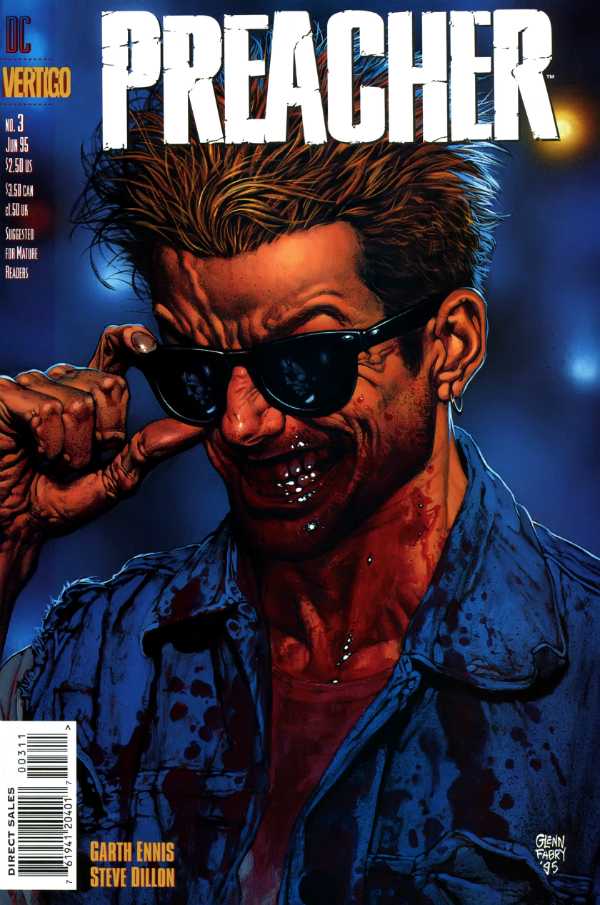 ogen has spoken of the inability to “translate it directly” but with all the liberties that have been taken with the source material, it remarkably still feels like “Preacher”.

A big thanks is owed to the cast, who not only honor their comic counterparts but are fun to watch. Cooper (who you may remember as young Howard Stark in “Captain America”) exudes Jesse’s rugged charm, whether he’s making jokes, beating the crap out of someone, or doing both at the same time. Negga’s Tulip has her bad-ass factor cranked up but after her first few lines I wished that I had Jesse’s girl (where can I find a woman like that?). Joseph Gilgun radiates Cassidy’s manic Irish energy and (like Tulip) is given one hell of an introductory action sequence. He has shed in trademark shades in favor of tattoo sleeves and a fashion forward haircut, losing none of his dangerously carefree attitude in his millennial makeover. Sheriff Root is still a sumbitch albeit a different flavor of Southern bastard, and his son, Eugene (the man who will become Arseface), is just as sunny and as incomprehensible as I imagined. The biggest surprise is Emily, who I thought would feel superfluous at best is a welcome add-on, helping make sense of Annville as the most remotely normal resident.

The changes come off less as disrespect for the source material (looking at you, “Lucifer”) and more like alterations to make a digestible cable show. For example, Jesse, Tulip, and Cassidy are brought together by complete coincidence in the comic, but here we have a cohesive backstory to pair the trio together before their literal search for the Creator of Heaven and Earth. The mid-90s storyline is pulled to the present day seamlessly, although Arseface’s origin (tied to Kurt Cobain’s suicide) remains to be seen. But even I will concede that’s a minor concern coming from a die-hard fan. It’s a miracle that so much of the book survived this 20 year journey to the small screen. With so many grim, violent shows on TV (“Game of Thrones”, “The Walking Dead”, etc) it’s a thrill to see something that is equal parts “South Park” and “Breaking Bad”.

So 1,000 words later – yes, I enjoyed the pilot and so did a packed audience of faithful fans and those who had never read a panel of the comic. However, we’ve still got 9 more episodes and 9 more chances for things to go sideways. Will we get see the Saint of Killers? The Vietnam stories about Jesse’s dad? The inbred descendant of Jesus? Lord willing! 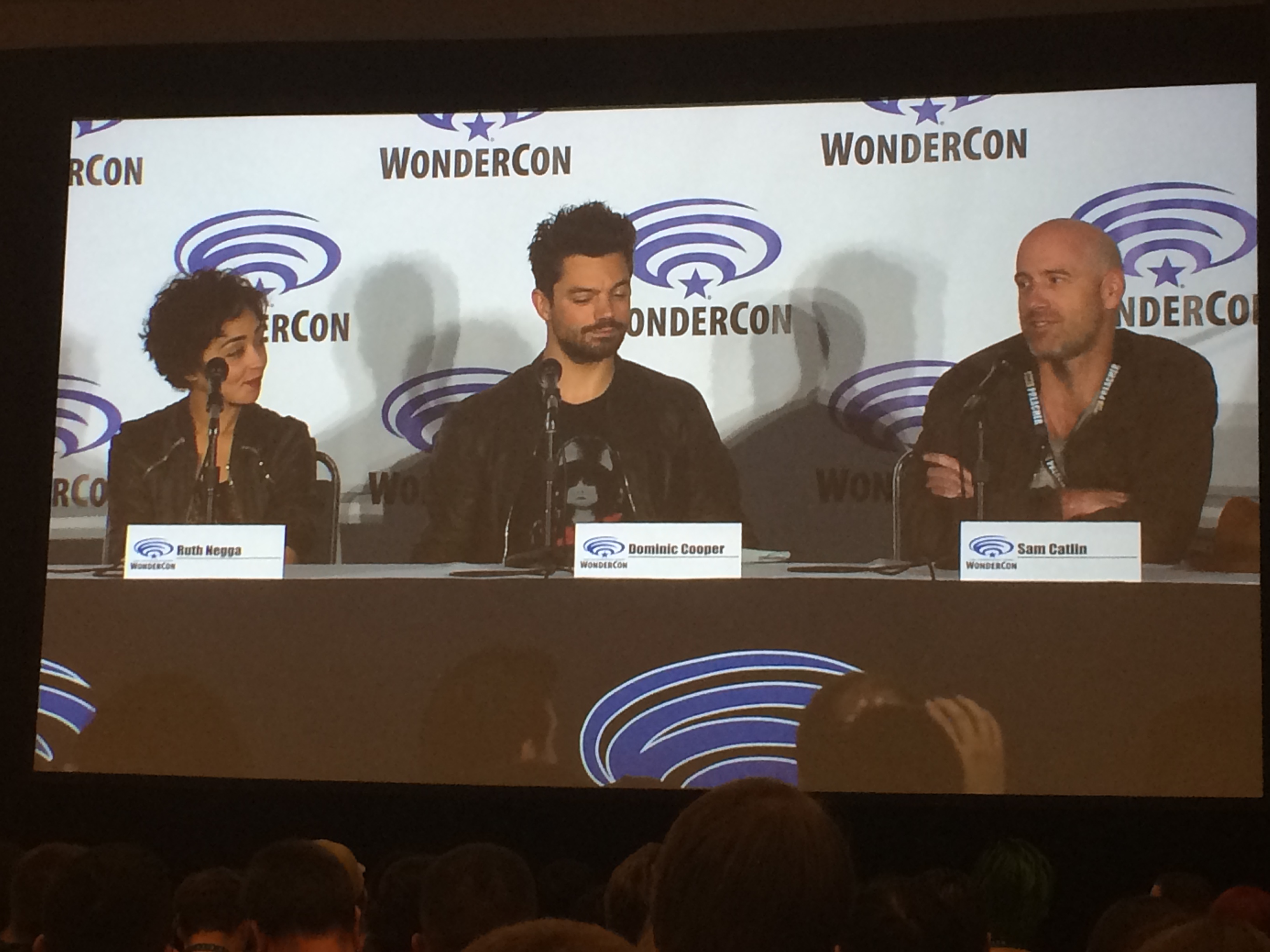 Review 5 out of 7 – A loose adaptation that serves its bloody, hilarious, and irreverent source material well. Sure to please open-minded fans of the comic series and those who like their humor offensive and their violence with a capital V. A good start to what could be AMC’s next big comic franchise. Don’t mess this up, guys.