WB And The Man Who Laughs

Before we get started with the fun, I wanted to share one idea that didn’t fit into the rest of the article. Warner Bros is planning a Flashpoint film and now word on this Joker origin film, what if they did a Flashpoint Joker origin movie? That would be something out of this world! 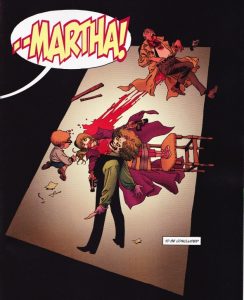 By now you have all heard the news that Warner Bros/DC Comics is in the early stages of developing a Joker origin film with the director of The Hangover and sharing writing duties with the writer behind 8 Mile. Buried beneath that report is also news that DC is looking to start up a secondary line of comic book movies with its own label. Both are these are intriguing developments if they come to fruition and going to take a little time to showcase the good, the bad and the ugly of both.

Let’s tackle the big fish first, the Joker’s origin movie. I will say the idea does very little for me, but my personal interest and what is financially and commercially feasible don’t always align.

With that said, I do think the notion of a Joker-centric movie is a good idea for Warner Brothers. One, he is a highly notable character. More popular than some of the heroes getting their own movie. Since he is so intrinsically connected to Batman, he has been part of every cinematic endeavor with the brand since the 1960s. Second, and this is much smaller potatoes, but the animated release of The Killing Joke made almost 4 million dollars on a limited release over a long weekend. If there’s demand for something like that imagine what a full-blown Joker movie could do.

More importantly though, the Joker is a fascinating character to mine material from. The number one response I’ve seen online is the Joker doesn’t need an origin, and I do agree with that. That doesn’t mean the Joker can’t have an origin, true or false. I mean it wouldn’t be the first time they’ve put backstory to him, not even the first time on the big-screen as the 1989 Batman film showed the birth of the Joker. An origin that is pretty much carried over to the beloved Batman: The Animated Series though slightly expanded on in Batman: Mask of the Phantasm. Even Gotham has their take on The Joker’s presence in Batman lore with Jerome. 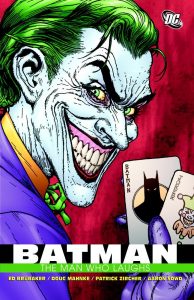 And it’s not just movies and television, comics have tried to give him backstories when they could. As noted above The Killing Joke is perhaps the most famous example of that. He has also been the original Red Hood (part of the reason Jason Todd takes that identity after being resurrected),some that have depicted him as a sadistic criminal before the accident, or even more superficial ones like being the heir of an Egyptian pharaoh.

What has made his history so malleable is the fact that the Joker himself has always proven to be an unreliable narrator. As he famously notes in The Killing Joke, “Sometimes I remember it one way, sometimes another. If I’m going to have a past, I prefer it to be multiple choice!” An unreliable narrator is something that you can build a good movie around if done well.

More importantly, it allows Warner/DC to really break from the shackles of what cape movies tend to be. People will make the case that The Winter Soldier is a political thriller or that Guardians of the Galaxy is a space opera, but the trappings are still very much in-line with the comic book movies we’ve been getting since the dawn of the sub-genre. It could be a crime drama. It could be a personal drama. It could be a heist movie. It could be an anti-hero movie. It could be a descent into madness. The world is Mr. J’s oyster. And then they could take it all away because we can’t believe the viewpoint that we’re seeing.

That was a lot of words for a movie that I’m not too keen on seen made, but again personal interest and potential don’t always align. What has my personal attention in the announcement was WB’s thoughts of setting up a line of DC Comics movie that wouldn’t be in-universe with what’s already out there. For the sake of simplicity and because it’s what they call their comics like this, shall refer to them as “Elseworlds” for the reminder of the article. 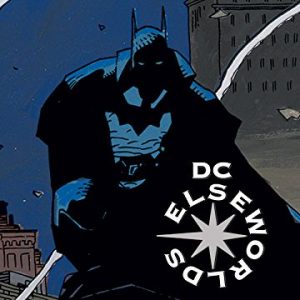 Now I know some fans are a bit shaky on starting these Elseworlds without firmly establishing a DCEU, and I get that. But at the same time we aren’t talking about a movie that’s going to be released next year or even the year after. I imagine by the time we see the first one (if it does indeed get made), we would be nearly a decade into the DCEU run. What that looks like by then, who knows!

Elseworlds opens up a world of possibilities creatively, commercially and financially. 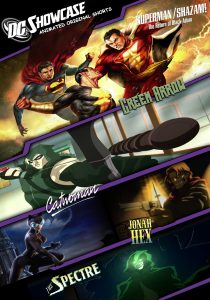 Creatively, I think is the easiest one to see. It opens Pandora’s Box of the DC’s universe. Do we need to build up over years to a Kingdom Come movie? Do we need to do a ton of Robins before we do a Son of Batman movie? Heck can we get to the Teen Titans without doing the awkward kid-sidekick angle? You wanna do comedy? Drama? Westerns? You are free from the shackles of trying to make the perfect Tetris board and going crazy with DC’s very deep, deep, deep roster of characters. Which is also why it’s kind of lame this was accompanied by an announcement of a Joker movie, but I digress.

Commercially, I’ve liked the majority of the DCEU but I know that is not true for the majority of people. Having movies removed from an universe that has an air of disappointment about it can help. Especially if you give fans “their version” of a character…whatever that means.

Financially is a bit broader to speak on. The easy part out of the way, this allows Warner Bros to pump out more of these movies. I mean the fact of the matter is a lot of these actors are in-demand or have other things in their life that pops up so you don’t have access to them all the time. But with this approach you’re able to have alternating Jokers or Batmen or Wonder Women and get a variety of movies out there on different schedules.

A smaller aspect of that, to me at least, is you’re also able to allot different types of budgets. The nature of the DCEU and MCU beast is you’re pouring 100s of millions of dollars into these projects to have the best actors, scripts, directors and special effects. But if you don’t have the burden of an entire universe depending on a movie, perhaps you can try some lower budget stuff. Like would a Joker origin movie cost as much as a Wonder Woman origin? On paper, it shouldn’t. Or perhaps give 10 million to make a decent horror cape film.

The sausage never looks pretty when it’s being made and imagine there will be many ups and downs over the next few years for DC fans and detractors alike, but I am intrigued by this journey and hope it bears fruit.