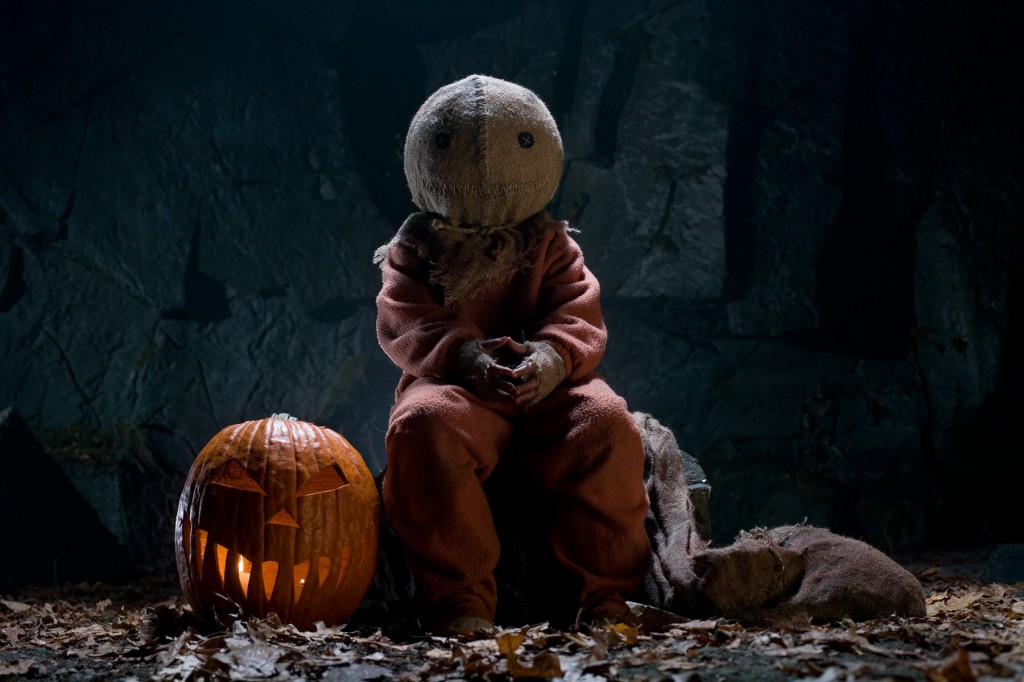 It’s the most wonderful time of the year. Well, at least it is in my mind and with all others that celebrate the Gaelic festival of Samhain (actually pronounced “sah-win”). That’s Halloween for those of you who don’t believe in calendars. To go back in time a bit before we dip into this week’s flick, Halloween can be traced back over 2,000 years. The holiday’s most sacred customs are still kept today. In fact, they’re the crux of this week’s underrated horror film: Trick ‘r Treat. The Gaelic Celts believed that on the night before the start of their new year the boundary between the living and the dead became a bit blurred. As such, October 31 was believed to be “the day ghosts walk the earth.”

Overtime, this holiday has become fairly commercial — with spooky decorations, seasonal candy, and costumes polluting every major retail outlet until the night of. This isn’t by accident, exactly. Because the veil between our world and the spirit world is thought to be the thinnest between sunset of October 31 and sunset of November 1, the superstition was that the visiting ghosts could disguise themselves in human form (such as a beggar) and call upon the living for aid. If these ghosts knocked on your door asking for money or food and you turned them away empty-handed, you risked receiving the wrath of the spirit and being cursed or haunted. This is partially the origin of trick ‘r treating, with human children dressing up as ghouls to move through the streets in safety as the dead walked. Observing the Celtic customs, it was important to honor the deceased through memorial decoration. It is thought that a carved pumpkin would be seen as a sign of respect and help ward off spirits that would seek to do harm. As such, superstition holds that no decoration should be removed until the following day after sunset. I mention these unique seasonal customs for a reason; Trick ‘r Treat’s plot takes each of them extremely seriously, with many of them acting more as “rules.” Break the rules of Samhain and you pay the price.

In my not-so-humble opinion, the best Halloween films are those that can appeal to your childish side while still incorporating smart horror elements. Trick ‘r Treat is a perfect example of this. While there is an overarching tale within an isolated universe, the film is actually an anthology of myths and urban legends which carefully use suspense, gore, violence, and childish humor to wrap you into the narrative. At no point does it feel like it is meant for children, but at the same time the film has several nods to the audience’s youth. I’d never go so far as to call these nods cheesy, but many of them are lighthearted without detracting from the mature nature of the film’s narrative.

The characters are clearly defined in their roles but never static, and the audience constantly questions whether what they are seeing (or expecting) is actually happening. The film’s dialogue is intelligent and has many nods to other parts of the plot and pop culture. ClichÃ©s are both featured and turned on their heads, while gore is present but never in excess. In spite of a smaller budget, the acting talent is strong and the visual style is both unique and of high production value. It is one of the few horror movies that I can honestly say boasts very few flaws.

All of that being said, it is downright criminal that Trick ‘r Treat never received a mass theatrical release. I do kind of understand why; multiple children die, gore and themes of sexual assault are present, and the horror audience isn’t exactly known for being movie-going folk. It still kills me though. Films like this only come around once every fifty years, and they need to be celebrated when they do. Thank goodness we finally know that they’re making a sequel (which should actually hit theatres this time). Regardless, I highly recommend you spend this Halloween with decorations up, candy to disperse, and a disguise to ward off evil spirits. Maybe you should do so while watching Trick ‘r Treat, as is not only a must-see Halloween movie — it’s a film that could serve to teach Dougherty’s contemporaries how real horror is done.