“Turn, Turn, Turn” Proves to be Agents of S.H.I.E.L.D Strongest and Weakest Episode

There Will Be Spoilers!

It’s not unheard of for a show to have a rough first season. Going through its own growing pains. Fans have waited with baited breath to find out when Agents of SHIELD would finally take that turn and become an interesting show. With the airing of episode 16, and now episode 17, “Turn, Turn, Turn,” I feel like the show has reached that point. For better and for worse! 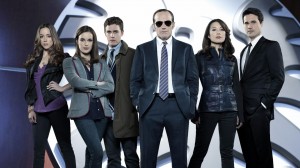 “Turn, Turn, Turn” as billed over the past few weeks and really heavily in the past week, was the episode that was going to change everything about the show. And for once, they weren’t lying. Only the major changes came from an external source… Captain America: The Winter Soldier!

Just to restate this point, there will be spoilers from both Captain America: The Winter Soldier and Agents of SHIELD from this point on!

There are two major, game-changing twists in this week’s episode of Agents of SHIELD. The first is a much broader, far-reaching twist that will be felt throughout the Marvel universe, but feel slowly through this show. The other is a bit more personal and will have a larger reach in the week to week going on from this show. 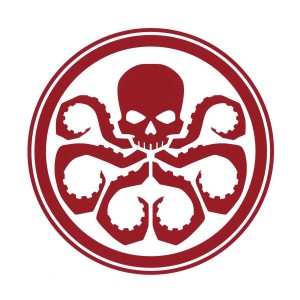 The huge twist is the organization that Coulson and his team have been chasing this entire season is in fact HYDRA. Something that most fans were speculating about, but according to the show’s staff was something they could never really mention until the secret was unveiled in Captain America: The Winter Soldier. This created one of the biggest problems I foresee with the show going forward, and really in hindsight. If the show is forever cast in the shadow of the Marvel Cinematic Universe does that mean all interesting plot points and twists and turns will need to come from the movies first before being funneling down to this show.

The other problem, and this is something the show’s marketing has advised, is you need to watch Captain America: The Winter Soldier first. Which means part of the tension of this episode is taken away when you realize the big twist behind the show’s season-long mystery has already been revealed. Some of the elements of the movie are hinted at in the show, but never detailed though you can figure it out. Like when a member of HYDRA mentions that he knows this squad was staffed by “Sitwell” who was a recurring character on the show, but missing in action this week and that’s because his fate and allegiance is a subplot of The Winter Soldier. Fury’s death is mentioned in this episode, and never followed up on, again a subplot of the movie. They gloss over the film’s climax which also has long-standing ramifications for the film. It was weird that they didn’t touch on it. The point I’m trying to make as a watcher of the show, it is slightly annoying to have to watch something else in order to keep up with a week to week show. Even if I was going to watch it anyhow. 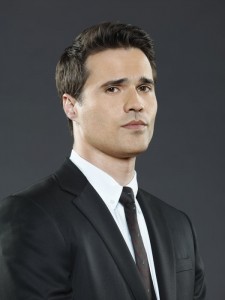 The other major twist of the episode has more ramifications within the universe of the show, that is Agent Ward has always been an agent of Hydra. Which will make for an interesting shake-up of the universe, if I cared for most of the characters and their interpersonal relationship. That said, it is the show trying to take a risk with its formula and interesting an intriguing element of spies and traitors.Â

That doesn’t mean that the twist doesn’t inject new life into a show that felt like it was spinning its wheels for the first 10 episodes, and trying to connect the dots for the next 5. And for that I am much appreciative.

The problem, and this may be nothing, is are we now to believe that nothing of note in the MCU will happen in Agents of SHIELD until it lines up with one of the movie releases. Will the ordeal with SHIELD be dealt with during the course of the second season or is SHIELD out of commission as a global organization until whatever happens to them in The Avengers: Age of Ultron? How much of this show’s ebb and flow will be dependent on the going on elsewhere, and how much will the writers and team be handicapped from creating compelling characters and arcs if they need to wait for something from outside to really push them over the hump.