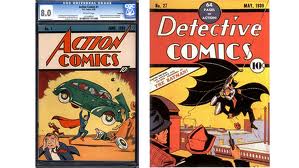 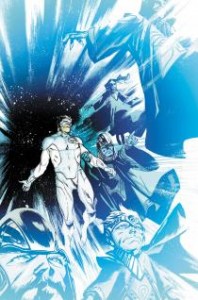 Green Lantern: New Guardians #21 Wow. I don’t remember the last time I really enjoyed a Kyle Rayner book this much. While I liked some of the stuff that Bedard did, Jordan really understands Kyle. While we only get the one scene on Earth talking to Carol (and in some ways, I almost feel that a Kyle/Carol relationship would be really interesting) Jordan’s Kyle brings the regular guy point-of-view that drew many of to Kyle, back to the forefront. Even with the white ring and no longer considered a rookie, Kyle is back to bringing a different perspective than had ever been in a Green Lantern before: a regular person doing his best in extraordinary conditions.

I don’t remember Brad Walker’s art before I read him on the DnA run on Guardians of the Galaxy but did it stand out there and I was happy to hear he would be on this book. The man is made for comic books in space. Highly detailed art, great facial expressions and between him and Hennessy &Quintana on inks/colors, they really help Kyle’s new White Lantern costume stand out a little more than when it first was introduced.

I’ve picked up issues #21 of Green Lantern and Green Lantern Corps and plan on getting issue #21 of Red Lanterns, but this issue really hit me as the best so far. A great story and great art, combined with a totally new dynamic that allows Kyle to get back to what many fans were drawn to at first. The door is also open for the creative team to do new and interesting things with Kyle, his new powers, and the Guardians as well as build the cosmic side of the New 52 DCU. 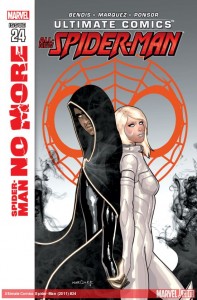 What a haul this week! So many books hit the shelves and not enough time to read them all. There were a few special ones that rose to the top which made choosing a Top Shelf pick more difficult. Ultimately, I choose a book that sticks in my head after I’ve read it. This week that book was Ultimate Comics Spider-man #24.

Seeing Miles Morales deal with the death of his mother has been the most interesting part of the past few issues. He hasn’t fully accepted it and that’s part of why he doesn’t want to be Spider-man anymore. Right before his mother died, she was proud of what he could do. So once he fully accepts her death and understands that it wasn’t his fault, he will return to being Spider-man. This is such a young character but Bendis has done an amazing job writing him. He could absolutely supplant Peter Parker in the main Marvel universe and readers would happy about the change (after sending a few death threats and angry tweets). Additionally, Cloak & Dagger were just as well written. Their story made me sad and I hope we find out more about them.

That’s my pick of the week. It was a close tie with Green Lanterns New Guardians. I really enjoyed the “old-universe” stuff and how it related to the arrival of Relic. That’s going to make the Green Lantern family of books very exciting in the coming months. Yet, the backstory for Cloak & Dagger helped me decide my pick. 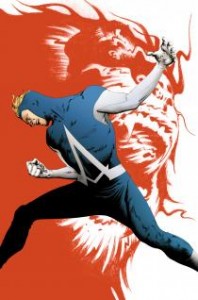 Well I honestly thought this was going to be a light week, especially compared to last week! There may not have been as many books out that I picked up this week but quality wise it was fantastic! I struggled with decided what book to pick. Being a HUGE Green Lantern fan, and reading that awesome New Guardians book, I wanted to pick that. After much debate I decided to go with Animal Man #21.

Something about this book just keeps getting better and better. I have loved the story since the end of rot world and really feel the pain Buddy is having. I loved the whole “Twitter” aspect of the issue it was a cool idea and I enjoy when entertainment takes real things in society like social media and uses it. There are some really funny “tweets” in here of people who both love and hate Animal Man. One of my favorites was one person would always finish his statement with “God Bless” didn’t matter if he was praising or bashing Buddy.

Maxine has been growing on me and it was awesome to see her in costume. I wouldn’t mind seeing her flash forward several years and getting a whole issue devoted to her in costume being Animal Woman and learning from her father’s mistakes. I think her character has really developed and should make her story very interesting going forward. Plus it was cool seeing her in the Red again. I enjoy when we see the Red or Green in Swamp Thing because both books do a good job adjusting the art to make it seem unfamiliar to our eye but just a natural thing in there. We always get some fun conversations and beautiful art in the Red.

Overall, I like the pace of this story as well as the art and I feel like things are on an excellent course for this series, which gives me nothing but even higher expectations going forward!