Every year, there are a ton of great movies released whether in theaters, through VoD services or direct-to-video, but there are also not so good movies released. We’ll celebrate the great ones later on with our official awards show, but for now join us as we countdown 7 of the worst films that 2014 had to offer. Laugh, cry and drink with us at these disasterpieces! 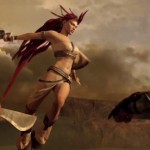 7. Heavenly Sword – Traditional, I have a problem beating up on a direct-to-video release since they clearly get a lower budget, and expectations are a bit lower. At the same time, over the past decade I’ve seen Warner/DC up the quality of what one could and should expect from a DTV animated feature. This is doubly true when your parent-company is helping with the development. Heavenly Sword was a disappointment on so many levels but mostly the janky animation and the lackluster action set-pieces.

6. Transformers 4: Age of Extinction – Exhausting. That was the one word I used to describe Transformers 4 after seeing it to friends, and not in the good way.The film is over two hours of non-stop bombardment of action, explosions and you nor the characters are ever really given a chance to catch your breathe. I never thought I’d come out of a movie with the belief that it was too heavy on action.

5. The Expendables 3 – Like the film above, The Expendables 3 tries to bury anything noticeable through a barrage of action sequences, one-liners and male bravado. It could work too, if the films had a sense of irony about them and didn’t try to play things straight. And I don’t mean that it lacks a sense of humor, there are callbacks and one-liners galore, but the threat is taken seriously, the stakes are taken seriously and then the characters wink at the screen, it just seems off-puting. The new additions also weren’t that great. Though, Mel Gibson made for a really fun, psychotic villain.

4. Tekken 2: Kazuya’s Revenge – The original live-action Tekken movies is one of those films that I love unironically. So was probably one of the few people in the entire world who was excited for a sequel, but not like this. For one, it is a prequel to a movie that no one has seen. The budget was clearly cut as almost half of this film is shot in a desert-area. The fights aren’t engaging. The final twist is just sad. There’s nothing redeeming about this film. 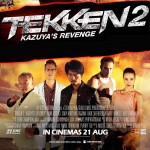 3. Pompeii – A movie can get by on being singular focus on being one-thing and being it well. Pompeii has the opposite problem where it tries and wants to be many things at once, and never really feeling like any single thing. What you end up with is a disjointed and disconnected movie that never quite works for me, and scenes that go on for much longer than they need. 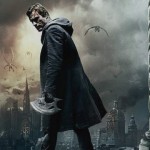 2. I, Frankenstein – I, Don’t Remember This Movie. Seriously though, it’s one of those instantly forgettable films, but you just remember having a terrible time with it. Thanks to the wonder of modern technology though, I can see my impressions of the movie featured their over-reuse of their effects, some really “gamey” action pieces and plotting and just an unlikeable cast.

1. Legend of Hercules – Not every movie has a single moment that perfectly sums up your thoughts, but luckily for me “Legend of Hercules” does. There’s a scene where Hercules fights the Nemean Lion and the special effects look half-finished on the lion, doesn’t even blend into the background nor with the actors’ actions, and that is about it for Legend of Hercules. An uncooked and unfocused movie about Hercules (which we surprisingly got 3 of this year!)

That’s a look at our least favorite movies of 2014. What were some of yours? Let us know in the comments!

Leprechaun Origins – You ever have an experience so terrible that you completely block it out of your mind? When going through list of movies I’ve seen this year, completely skipped this film multiple times. Maybe, it was my mind trying to protect me from the horribleness. Maybe it was it was a completely forgettable experience. Either way, I wanted to at least mention this movie as one of 2014’s absolute worse!