We did promise that our Batman: The Animated Series Celebration would include a bunch of random lists so why not start off with the most painful, the worst episodes of the series! While the show has some incredibly remarkable highs, there are several low points for the series. Ironically enough, it tends to be the episodes when the creators attempted to cater solely to a younger demographic. You’ll see what I mean in a second.

Much like the poll on the site, we’re just going to work with the initial run of the show on FOX. That’s not to say that the updated version of the show didn’t have it’s share of stinkers either. 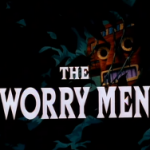 7) The Worry Men– Sometimes an episode fail just because the premise is so weak or not as intriguing as the villain’s other appearances. Worry Men falls into this camp as the Mad Hatter is using “Special” toys to get rich folks to give him money. Like I said, not a huge fan of the premise.

6) Fire From Olympus– Falls into a very rare category for Batman: The Animated Series, where it just doesn’t make the villain that intriguing. More impressively, it is one of the few things that The Batman actually does better! Max Zeus is the villain of this episode, and for some reason he thinks he is the actual god. He goes around in a giant ship firing “lightning” on Gotham. That’s about it. There’s no hook.. no redemption or breaking point for him. A rare miss for the creators. 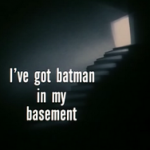 5) I’ve Got Batman in My Basement– I mentioned that one of the areas Batman: TAS was weakest in was when it attempted to appeal to their younger demographic. I’ve Got Batman in my Basement falls squarely into that camp as a bunch of do-gooder kids are able to hold off the Penguin after Batman was injured. Yes, The Penguin and some hired goons get bested by a bunch of little kids as if this was Home Alone!

4) Moon of the Wolf– You want to make a lame villain? Use another’s villain’s MO without any of the nuances. Moon of the Wolf takes Manbat’s “Curse” and applies it to an athlete who is “juicing” (as 2nd best as you could get in Bat-verse without using Venom) and of course it is up to Batman to stop him. Unlike Manbat though, this isn’t done for a noble goal, but selfish advancement. It just doesn’t make you care for the villain or a re-used premise. 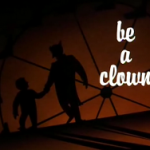 3) Be A Clown– The Joker has the most appearances in Batman: TAS (I’m not actually sure if that’s true, but I’m pretty sure it is), which means his odds of starring in a stinker are fairly high. For the most part, most of Joker’s early appearances ranged from decent to good, his character really didn’t kick off until the introduction of Harley Quinn. There’s one episode that stands out above the rest as the worst Joker episode and that would be.. Be a Clown. Not so much This episode is a mess from the premise (The Mayor’s son wants to become the Joker’s protege because his dad pays him no attention), some funky animation and just lame Batman/Joker interactions. I would recommend giving it a pass.

2) Baby Doll– I’m not quite sure if Baby Doll falls into the category of trying to appeal to a younger demographic even though the plot centers around a good, wholesome TV-family. It also doesn’t help that the main villain looks like a 7-year old girl. That stuff aside, Baby Doll just doesn’t make for an interesting character. The premise of her trying to recruit her TV-family because she couldn’t find work due to her disorder also doesn’t really hit home either. There’s really nothing of value in this episode. 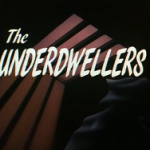 1) The Underdwellers– You know it. You hate it. Generally considered one of the worst episodes of the entire Timm-verse, the Underdwellers just falls short on every conceivable criteria you could think of. First, like mentioned before it’s one of those episodes aimed at a more specific type of audience. Yes, the message behind the episode is responsible, but it doesn’t seem like a message that works with Batman. Second, the villain is kind of lame. Honestly, reminded me of a power Rat King from the Ninja Turtles series. Apparently the creators knew they had a dud on their hands as well as he never makes an appearance again. Finally, there’s just not much for Batman to do in this episode. Not saying the dude needs to be around ALL episode, but he needs some interesting material to work with. If there is one episode of the series that I wholeheartedly recommend skipping, it would be this one. Hands down!

There you have it. The Top 7 Worst episodes of the show’s initial run. Agree? Disagree? Let us know in the comments below!