2013 seemed like the year we said Goodbye to so many TV shows we loved whether we were prepared or not. As part of our 2013 review series, we’re going to say goodbye once more to these 7 shows. Originally, this was going to be a countdown, but that’s just silly. We just want to use this as a chance to see goodbye once more!

30 Rock – 2013 was barely fresh on the calender before we were hit with this one. After years of decent success on NBC, Liz, Jack, Tracey, Kenneth and the rest bid us farewell. It was a tender moment to see all the characters evolve, change and move on with their lives in this series. And it filled my Tina Fey love, which now has a weekly void!

The Office – You were showing your age at the end, but for 9 years, you made us laugh, you made us cry, you made us care for the workers of a paper company like our own friends. Your antics will be missed. Another show may never come close again!

Dexter – This one, we were happy to see go. It was more than a ghost of its former self when all was said and done. We’re happy to say goodbye to it now because it can no longer tarnish its reputation or anyone else. Dexter Morgan, sleep tight! 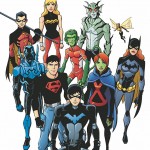 Young Justice – Some shows, we had the chance to prepare for. Months and even years of knowing it was drawing to a close. Others like this (and the next) were taken from us way too soon and with so little build-up. A show that had a rocky airing history throughout its short and long life (it took 2 1/2 years to air like 40 episodes!), but really was one of the finest comic book animated series in the past decade. It didn’t even get a proper send-off as the finale hinted at something larger, and much more awesome to come. But we were never just whelmed with this show!

Green Lantern – We’re not quite sure what Bruce Timm sacrificed or when to get this golden touch, but no one can deny the quality that has come out as he helmed the DC Animated Universe (both in cartoons and their DTV line) so of course Green Lantern wasn’t too much of a shock when it turned out to be another awesome show. Much like Young Justice though, antics beyond the control of the show forced it to have a much shorter lifespan than any of us wanted or anticipated. We hope to see the continuing adventures of Aya and Razor someday. 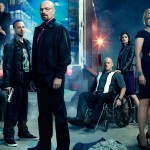 Breaking Bad – The dude from Malcolm in the Middle hanging out in his underwear somehow transformed into one of the most compelling and captivating shows in recent TV history. Twists and turns, betrayals, plot, murder, it had it all and it kept us guessing from week to week. Guessing everything except for when it was going to end as we had more than a year to prepare for the second half of the final season, and it more than delivered on the wait and anticipation. Breaking Bad-level show may never again be achieved, but we got to watch this go out on top in style.

Nikita – This one held on as long as it could, but finally it too had to end. Being the most recent one on our list, airing its final episode on Friday, December 27th, it was never the biggest or most popular show. But week in, and week out gave us thrilling action, a fun, sexy lead, a likeable cast of friends and one of TV’s most ruthless, cunning and apparently extremely resilient villains! Farewell Nikita!

There you have it, 7 Top Shows we said Goodbye to in 2013. What were some shows that you said goodbye to? What are you preparing to say goodbye to in 2014? Let us know in the comments or on our social media channels (Facebook/Twitter).