With the recent  release of Star Wars: Battlefront on the PS4, Xbox One and PC and with all the love surrounding the new movie, Star Wars: The Force Awakens,  we thought it would be best to look at over 30 years of Star Wars history to bring you the best of the best in Star Wars game. Here are our Top 7 Best Star Wars Video games!

7. Star Wars: Republic Commando – An under-appreciated star of the Clone Wars era wave of games, Republic Commando featured an elite, Rainbow Six-inspired unit of the eponymous soldiers as they blasted their way through Star Wars locales and adversaries. There were no Jedi, Sith, or the Force to be found in this game; just a few soldiers, their bonds, and their guns–er, blasters. 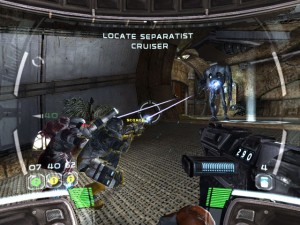 6. LEGO Star Wars: The Complete Saga – The Star Wars series breaks ground as the first of many franchises to get LEGO-ized while it was split into multiple games, the Complete Saga collects all episodic adventures and a host of new characters for one of the more fully featured Star Wars games. 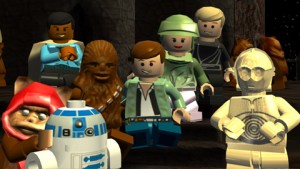 5. Star Wars Jedi Knight II: Jedi Outcast – Jedi Outcast might be the best game Raven ever made. It had a cool campaign which combined first person shooting and light saber battles like never before. It worked so well that even the multiplayer was pretty popular. My personal highlight were the one on one arena battles which only allowed the use of your light saber and force powers. 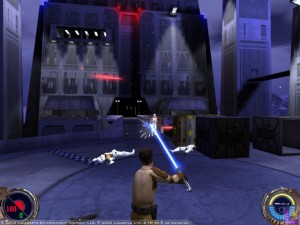 4. Star Wars: The Force Unleashed – While the story didn’t deliver on the exact promise of Darth Vader’s apprentice, the core gameplay and set pieces gave fans a thrill of an adventure. 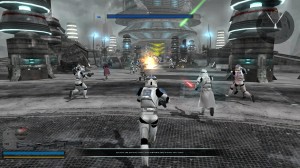 2. Star Wars Rogue Squadron II: Rogue Leader – Many Star Wars games focus on the adventures on the ground, the Rogue Squadron games though take to the skies (or really space) as you engage in various dog fights throughout the cosmo. Of the three games in the series, Rogue Leader proved to be the best balance of set-pieces and control. 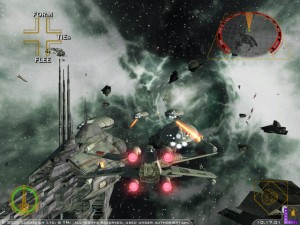 1.Star Wars: Knights of the Old Republic – BioWare turn the clock back some 4,000 years to a time when Jedi and Sith are more prevalent in number. Star Wars games had covered many genres previously, but a choice-driven RPG spanning multiple planets was a new set of heights for the franchise’s gaming portfolio. 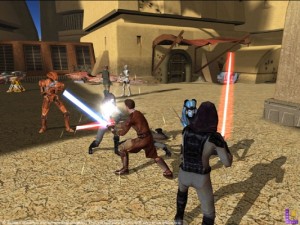 There you have it, our Top 7 Best Star Wars games. Agree? Disagree? Let us know in the comments below.