Top 7: Movies That I Saw This Year

So, everybody and their mother is falling over themselves to do a Top Whatever list of Movies for 2012. The problem is, a lot of really good ones came out in a short period of time at the end of it, many of them only in limited release. I mean, seriously, I’m a gigantic Tarantino fan, and I haven’t gotten a chance to see Django Unchained yet due to all the holiday mishegoss. So, in order to head off any “I didn’t see” addendums, and to essentially tweak the nose of all of the rushing to put a definitive order on things that haven’t really sat in the brain long enough to be properly analyzed, I present to you the Nerds On The Rocks Top 7 Movies That I Watched In 2012 list.

Basically, if I didn’t see it, I’m not going to put it on here just because I love Tarantino/PTA/Spielberg/whoever. So suck it. I’m sure Django and The Master and Lincoln would be on here if I did. But I haven’t yet. So there. Anyway… 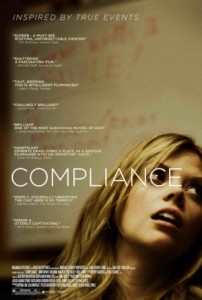 I don’t think a film has ever made me as uncomfortable and unnerved as Compliance. I reviewed this earlier in the year for another site that I write for, and it was a really hard thing to write about, much less watch. In fact, I had to stop it multiple times through out in order to sort of “come up for air”, to detox from the oppressive claustrophobic feel of the film. A powerful treatise on authority and the willingness of people to bow to those in a position of (supposed) power, it still sticks with me now, months later, and I think will be in my head for a while. 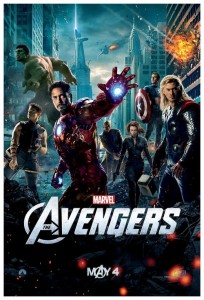 The Marvel method of filmmaking wasn’t a guarantee, by any means. The Iron Man films were massive, and the other ones generally did ok to good box office, but nothing prepared anyone for how huge Avengers ultimately ended up being. The Joss Whedon touch made all the difference, turning what could’ve been a generic and ordinary blockbuster action film into an event, and one with fun character moments and big moments mixed in with the normal sturm und drang. I don’t think any moment of any movie this year has made me laugh and smile as much as the Hulk vs Loki. Whedon KILLED it, wrapping up Marvel: Wave 1 with panache, and setting up everyone for the next wave of super heroics to commence.

5. Shut Up And Play The Hits 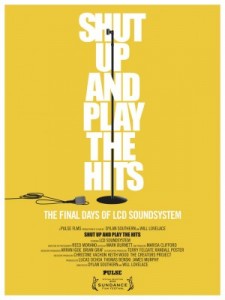 I reviewed this for another site, and boy did I love it. LCD Soundsystem is/was a great band, and the film captures the agony, the angst, and the ecstasy of the last few days of its existence, following the band’s sole true member, James Murphy, as he prepares for the final blow-out concert which will signal the end of a large chunk of his life. What makes the film great though, outside of the incredible performance footage (featuring cameo appearances from Reggie Watts, Arcade Fire, and Donald Glover & Asiz Ansari in the audience), is the footage shot after the performance, of Murphy waking up and dealing with the fact that it’s over, that he has to get on with his life. A great portrait of an artist ending things on his own terms, and oh yeah, great goddamn music. 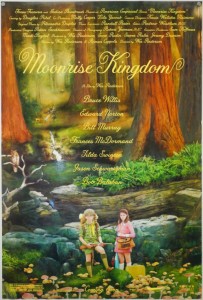 Wes Anderson makes his most poignant and heartfelt film since The Royal Tenenbaums, and makes up for the boring nihilism of The Darjeeling Limited, all while doubling down on what seems to turn some people off his films. The younger actors involved give great performances, as do the normal Anderson players, this time including Ed Norton and Bruce Willis in fantastic roles. About the points where love turns, starts, ends, and turns back around, Moonrise Kingdom was a return to form for Anderson. I can’t wait to see where he goes next. 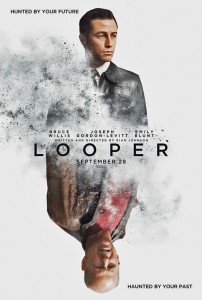 A scifi time travel movie in which the “how” of time travel isn’t as important as the “who”, Rian Johnson’s Looper was a film I’d had on my radar for awhile. I was a huge fan of Johnson’s two previous films, Brick and The Brothers Bloom, and when I’d heard his next was a time-travel flick, and that he was getting advised by Shane Carruth (Primer), I was all abuzz with excitement. And the film did NOT disappoint. Joseph Gordon Levitt and Bruce Willis are fantastic as the same character, and Johnson’s use of normal time travel tropes to show how horrifying people can be to each other was revelatory. I dare you to not flinch in horror at what ultimately happens to Seth. Johnson is 3 for 3, as far as I’m concerned.

2. Cabin In The Woods 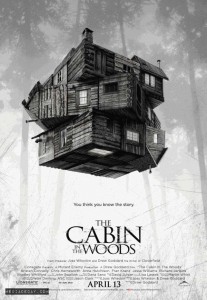 Oh look, more Joss Whedon! And while Whedon’s fingerprints are all over this, the main hero of this paean to horror and films and horror films is Drew Goddard; his steady direction and impish sense of humor are in full view here, and the most post-modern of horror films proves to have a beating human heart at its center, mostly because Goddard and Whedon choose to show it to us. It’s a love letter, a blood bath, and one of the funniest things I’ve seen this year. Cabin In The Woods took me, and the rest of its audience, by surprise, and continues to do so. I want to spend 7 more films in its universe. Shhh, don’t ruin it for anyone! JUST MAKE THEM SEE IT. 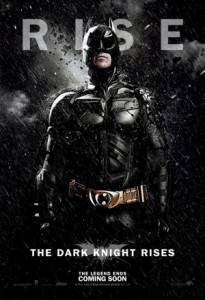 Let’s be honest: you knew this was coming.Â I love Batman. I love Christopher Nolan’s films. I think Tom Hardy is an amazing actor. There was pretty much NO WAY I was not going to love this. And guess what: I DID. I even wrote a whole thing about it for another site. You should read it! Anyway, you don’t need me to tell you how great this is, because you saw it and you know. You did see it, right?