Sometimes, a movie franchise begins a rapid dip in quality. Sometimes, you want to revisit a long-dormant brand. Sometimes, you just like money. Whatever the reason, movie franchises have been rebooted quite often in the past decade or so with varying levels of success. This past weekend say the rebooting of the Robocop franchise with the first new film in over 2 decades (unless you count those weird spin-off type deals).

With Robocop in cinema, we thought it would only be fitting to examine the Top 7 Movie Reboots. We tried to play by certain rules, but it may not stick. For the most part, we wanted to make sure it wasn’t an one-off ordeal so while not every film on the list has a sequel, some of them have sequels announced. We also tried to keep it strictly to movie franchises while it was tempting to include something like Mission: Impossible that was a reboot of a TV show and not a movie franchise. Finally, we tried our best to differentiate between a reboot and a remake, but is a very thin line!

THERE WILL BE SPOILERS! 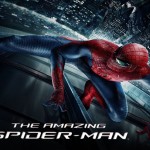 7)The Amazing Spider-man – This has the shortest turnaround on our list, and could be argued that the original Spider-man films hadn’t completely bottomed-out yet. That said, The Amazing Spider-man does a lot of things right in rebooting the franchise. Sticking a bit closer to the comics in some fashion (Gwen Stacey being his first love instead of Mary-Jane) and changed enough to be an unique take on Spider-man. The sequel looks to expand the world ten-fold with a lot more villains and the potential to create an universe much larger than Raimi’s films.

6)Man of Steel (Superman) – Love it or hate it, this film did help break Superman out of the shadow of Christopher Reeve. For the first time in over three decades, there is a new interpretation of the Man of Steel on the big-screen, and for the most part it sets up an interesting universe. Relationship dynamics have been shifted. The tone has been made more grand and the fights have become more intense. With Wonder Woman and Batman set to join him in the next outing, Man of Steels seems to have a ton of upswing. 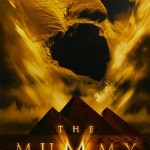 5)The Mummy – When it comes to movie reboots and remakes, I feel like The Mummy isn’t a franchise that usually pops into people’s mind. And I’m not quite sure why. They are very fun adventure films that had a likable cast and a different environment and ton then most films. While the series is only loosely based on the original, they do take the formula and run with it. Not only did it become a successful reboot, it also spawned off its own mini-series, how well that is is truly up to debate, but The Mummy is a fun film and good reboot.

4)Star Trek – If you had asked me this a year ago, this reboot would have been higher on the list. That isn’t to say Star Trek Into Darkness is a bad movie, but if the entire point of your reboot is just to remake older stories it defeats the purpose. The first film does a good job of paying homage to what came before while also setting up new and exciting prospects. The sequel decides that they need to align more with the original universe. That said, still two very good movies and a nice refresh to the Star Trek brand. Let’s hope it does continue and decide to be more brave with its vision. 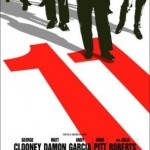 3)Ocean’s Eleven – Much like The Mummy, when you think reboots and remakes, the Ocean’s films don’t typically come up in conversation. And they really should. Sure, at times it can seem like a bunch of Hollywood friends just having fun, but that comes across on-screen and makes for very enjoyable movies. Being a heist film as well helps as it always keeps you engaged and distracted by what’s going on. Unlike the original, this spanned sequels that have played with many different tropes even the fact that the characters look like the actors or actresses that portray them. It’s worth tracking down.

2)Casino Royale (James Bond) – Who would think it would take over 40 years of on-screen adaptions to get a James Bond origin film? But after the wreck that was Die Another Day, the producers felt it was time for a refresh of the James Bond franchise, and they knocked it out of the park. A new James Bond, less gadgets, more spy work and a lot of cards. It has spawned two sequels of varying degrees of quality, but there’s no doubt that Craig’s tenure as Bond has bought a huge focus back on our favorite superspy. 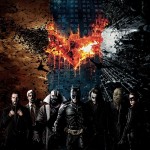 1)Batman Begins (Batman) – Batman and Robin is the star of our 151 Proof Movies series, and for good reason. When it comes to terrible movies, it’s one of the first that come to people’s mind. It was going to take a Herculean effort to wipe the memory of that film out of the collective mind of consumers. Christopher Nolan and Christian Bale were up to the task, and crafted perhaps the finest comic book trilogy to date. A series of fans about a man dressed as a bat that proved to be intelligent, ambitious, and “real.” When it comes to reboots, this should be the poster-child of how to do it. Put an unique spin on the characters and the world while retaining most things that made us invested in the original to begin with. If you haven’t (and shame on you!), check them out!