With the release of South: The Stick of Truth looming, we thought it would be a good time to take a look at licensed games throughout the ages. While licensed games tend to get a stigma of being… poor, there have been many examples throughout the various generations of great titles. To give credit to those games, we’re going to countdown the 7 best.

Before we begin though, just a few rules to help make this list a bit more varied. We’re going to limit most franchises to a single entry on the list (hell, we could make a Star Wars list on its own!), no LEGO games (another sub-genre that can be its own list, and which license does it count for?), and no sports games (this is because licensing real people and rules and the likes). We know making a lot of exceptions for this list, but doing it for the sake of highlighting quality across a myriad of entertainment properties!

With all of those rules out of the way, let’s get to our list! 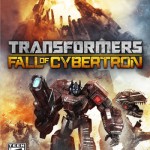 7. Transformers: Fall of Cybertron -Â Fall of Cybertron is one of those rare games where you can tell the love for the license is prevalent throughout the developers. The story is your standard Transformers fare, but its experienced from the viewpoints of both the Autobots and Decepticons. Each new level does a great job of mixing up the gameplay in new ways that are appropriate to Transformers, and well, how can you hate smashing everything in your sight as Grimlock?

6. Marvel Ultimate Alliance – The Marvel universe has been part of a lot of great games. None greater perhaps their crossover series with Capcom, but that didn’t make the list because even without the Marvel license those games would have been just as good. Instead, we want to take a look at a series of dungeon-crawlers that Marvel and Activision released beginning with X-Men Legends. By the time the game jumped to the Xbox 360/PlayStation 3/Wii, the entire Marvel universe was invited to join and create one of the most engrossing co-op experience for nerds. Being able to combine more than a dozen superheroes and villains and their powers just made for a fun experience. Seeing classic comic locations also helped. Why the original and not the sequel? Doing the Civil War comic arc just forced the player to play through two similar campaigns to see all the content, it wasn’t as fun even though more heroes. 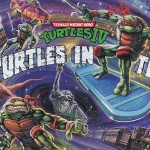 5. Teenage Mutant Ninja Turtles: Turtles in Time – The Ninja Turtles have had an amazing run in entertainment, as they are on their third major revival in about 30 years. Yet, their video game career peaked 20 years ago with Turtles in Time. One of the finest beat em up of all time, this game did a terrific job of using the license to create a fun storyline, creative boss battles (who doesn’t remember tossing Foot Soldiers into Shredder’s screen) and of course a fantastic co-op experience with friends.

4. Star Wars: Battlefront 2 -Â There were plenty of us who wished we could be a part of those intense battles depicted in the Star Wars movies, and here was a video game that let you not only take part in them, but potentially take over the galaxy both in land battles, and space battles. ‘Is that not enough for you? Well in that case how about we take those battles online with up to 15 other people? 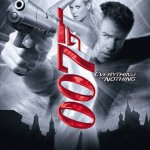 3. 007: Everything or Nothing – When you talk James Bond in video games, Goldeneye is what instantly comes to people’s mind. Goldeneye is a fine and revolutionary game, and no one will ever take that away, but it isn’t the best Bond game. For that, you need to turn to Everything or Nothing, a 3rd person action game starring everyone’s favorite secret agent. This game does a great job utilizingÂ the license and its core strength. A renowned focus on gadgets, high-speed chases in cars and motorcycle and of course hand to hand combat. It also crafts an original plot with a fun Bond villain. It could pass for a Brosnan movie (take that as you will!)

2. The Walking Dead (TellTale) – All of the games on our list have done a great job of bringing an established universe into the world of gaming. Few have been able to lay claim to carving out its own mythos with the original license in gaming. The Walking Dead from TellTale can make that claim. It has loose connections with the comic book (won’t spoil), but for the most part it tells its own story in the same universe which is just as impactful and just as character driven as the source material. It proves a welcome addition to the universe and for some, a gateway to the larger story. 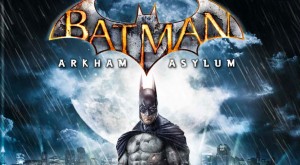 1. Batman: Arkham Asylum – Being a great licensed game doesn’t mean you are a great video game. In the case of Batman: Arkham Asylum, not only is it a great licensed game, it is one of the best games of the past generation. An evolution of the “Metroidvania” that mixes it up with a fantastic evolution of the beat-em up genre. Mix in an array of Batman gadgets, career-voice actors from the Animated Series, a ton of villains and references to the comic, and you get the ultimate licensed game. Check it out!

There you have it, our list of the 7 Best Licensed Games to date. There were a ton that didn’t make the cut, and really do deserve a mention. Just a list of some of these games, Wolverine Origins, Star Wars: Rogue Squadron, Knights of the Old Republic, Jedi Academy, The Chronicle of Riddick, Spider-man 2, Ultimate Spider-man, South Park: Let’s Tower Defense, DuckTales, Rescue Rangers, Aladdin (not saying which), Mickey Speedway, Mickey Castle of Illusion and many more!

If you agree or disagree with the list, let us know in the comments below. What would your ranking be?