While comic book movies are experiencing a boom like they’ve never seen before, comics have been making the jump to the big-screen for almost as long as they’ve existed. In a mini-series leading up to 2016′s robust line-up of comic book movies, we’ll be taking a long at the ones that have come before.

Last time, we noted how the 80s wasn’t the best decade for comic book movies. The 90s proved to be a slightly better era. Though much like the 80s, it was more of a sandwich. With most of the good stuff coming either near the beginning or the end of the decade with the middle being a rough patch that nearly killed the genre. Join us as we countdown the 7 best comic book films of this decade!

7. The Crow – Based off an 80s comics of the same name, The Crow stands out for having such an eccentric hero in the lead. Giving the film this comical, but dark edge that has you glued to the screen throughout the duration of the film. 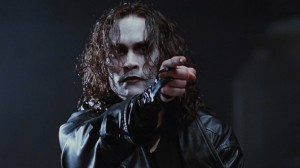 6. The Mask – While it is based off of the Dark Horse comic of the same name, the movie tones down the comic’s darker nature and embraces the comical and over-the-top performance of its lead actor, Jim Carrey. While some may balk at its unfaithfulness, the movie is a mega blast with some memorable one-liners. Carrey coming into his own and a cartoon-logic sensibility. 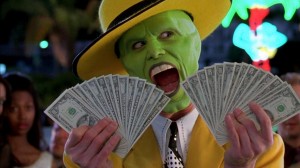 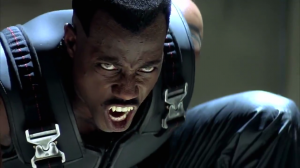 4. Men in Black – Adapted from the early 90s comic of the same name, Men In Black secured Will Smith as Summer’s sci-fi movies’ star. Great special effects and action, with even greater humor, made this a stand out movie that left us all wondering if we were merely existing in a marble hanging from a  cat’s collar. Plus the climax of the film took place in Queens

3. Teenage Mutant Ninja Turtles – It slices, it dices, it makes julienne fries. One of the most succesful independent movies of all time, Teenage Mutant Ninja Turtles blended the grittiness the black and white comic with the more lighthearted personalities of the cartoon. It was perfection for any fan of the heroes in a half shell.  When the Jim Henson Workshop does hairless green humanoids, they just get it right.

2. Batman Returns – After the success of Burton’s 1989 Batman, it was only a matter of time before he did a follow-up. Given free reign, Burton manages to make Batman Returns even more dark and gothic than the original. Turning The Penguin into a grotesque Penguin man, and Catwoman into a leather-clad bad-ass. The Christmas setting really adds an atmosphere to the flick. It may not be the most loyal Batman movie ever, but it’s damn good film.

1. Batman: Mask of the Phantasm – Yes, this movie had a failed theatrical run so it counts! Considered, the best Batman movie of all-time by some, Batman: Mask of the Phantasm is able to blend an origin tale with romance and mystery to create one of the most compelling comic book films. In addition to a fantastic movie, it has one of the best scores to date in a comic movie. That theme by Shirley Walker is haunting and beautiful.

Join us next time as we countdown the best comic book films at the dawn of the golden age… the 00s!