With the release of the ReBoot…reboot trailer hitting the web, fans learned that not all animated reboots are created equal. We come today to share with you 7 animated series reboots that continued the spirit of the original or surpassed it in a meaningful manner.

7. Voltron: Legendary Defenders (2016) – Think of this as less of an improvement and more of a modernization of the formula. It expands the role of the Princess, makes Voltron a larger weapon by not always featuring him in every episode, give the Paladins more distinct personalities and really focus on their personal journeys and connected dynamic. 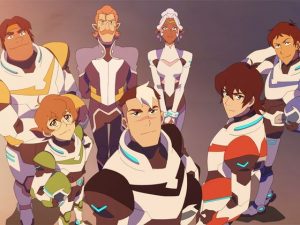 6. DuckTales (2017) – I will fully admit it may be premature to include a series which only aired half of its season one episodes so far, but the show is just that good! With this show does better than the original is flush out all of the characters and give them clear personality traits and appearances. Expand the roles of Webby and making Donald a featured player. And above all else is just a gorgeous show to look at.

5. Teen Titans Go! (2013) – Let’s get this out of the way, Teen Titans Go! isn’t a better action series than the 2000s series, but it does improve and focus on one element. The comedy and characters on the show are on-point. The show features great musical numbers, meta-humor, always playing with its formula and format and soon a big-screen film. 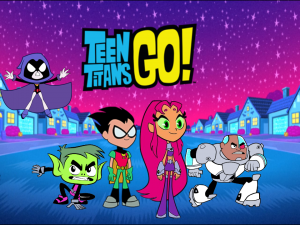 4. Teenage Mutant Ninja Turtles (2003) – I went back and forth on including the show while disqualifying other comic book properties. A thin line exists between a reboot and a re-interpretation, but what it came down to was that every animated series since the original has in some fashion a reaction to it. The other reason I thought it was okay to pick this show is that both reboots have had the Turtles meet incarnations from the 1987 original.

With the explanation out of the way, the 2003 series nudges the 2012 series just a bit. And also coming before it, I give it bonus points for “maturing” the Turtles brand without forgetting the humor and heart that the series is known for. 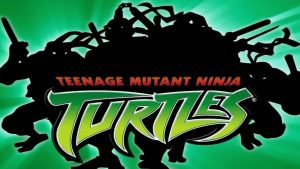 3. G.I Joe Renegades (2010) – Another show taken from us too soon, but the single season of GI Joe Renegades proved to be a fun and smart re-invention of the GI Joe format by putting the Joes on the run. One could argue (rightfully) that it’s GI Joe through the lens of the A-Team and it works. And it’s single season actually works in its favor as we are able to get a conclusion to the story by the end of the season. 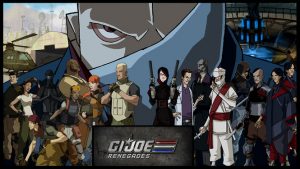 2. Thundercats (2011) – The Thundercats reboot works by stripping the show down to its basic elements and building it back up. Think of the series as an animated version of Batman Begins or Casino Royale where it looks to explain how the Sword of Omen works and why Mumm-Ra is a truly frightening villain when he shows up to battle. In a just world, this show would have ran for years and have about hundred episodes, but here we are. Just one really damn good season and a show that will serve as a footnote for the Thundercats franchise. 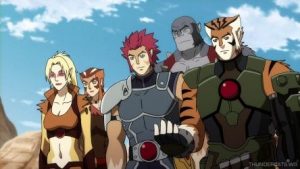 1. Scooby-Doo, Mystery Inc. (2010) – I will go on record, I’ve never really gotten the Scooby-Doo franchise. For the life of me, I’m still not sure how it has survived half a century, but with Mystery Inc it finally all worked. The show proved to be a smart meta-commentary on the franchise while also being engaging and engrossing with an ever-expanding mystery surrounding the series. The characters were fully fleshed out and the action top-notch. 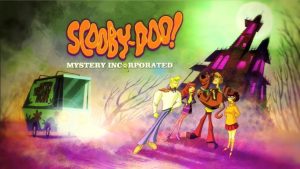