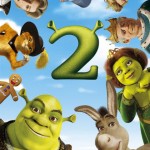 The comedy of the first film is still alive in the sequel and the characters have formed relationships with both Shrek and each other creating funny dialogue and scenarios. Donkey remains Shrek’s faithful sidekick in the sequel adding Eddie Murphy’s talents to the cast and creating even more humor. The story is always interesting as we constantly learn more of this fairy tale world where many of our favorite story book characters interact. It’s fun and interesting seeing variations on famous fairy tales in the course of the movie and the create small moments of humor separate to the main plot. More movies followed this one but to me it felt the strongest in the series with the best plot. Music plays a strong part of making this movie great with “I need a hero” being used as the track for one of the best scenes in the movie. Everything works well in this movie and its one that can be enjoyed over and over again well always remaining fun.

6. The Rescuers Down Under 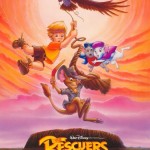 This sequel takes us to Australia where a young boy, Cody, has been taken by a poacher intent on capturing the rare great eagle. The story brings a range of animals into animation and has many grand cliffs and huge landscapes to create a large scale that counters the protagonists’ small size. The characters Bernard and Bianca make great heroes with a genuine wish to help others. Watching Bernard and Bianca relationship finally flourish is satisfying while Cody’s struggle to escape the poacher and save the eagle can feel epic due to the dangers presented to him. Cody is a strong character who constantly works hard to escape his captor and ensure that he doesn’t succeed in his goal of capturing the eagle. The story is what really sells this movie, the characters face grave dangers, there are lives on the line if they fail and the scenes showing the search for Cody by his mother and the authorities really help to bring his role in the movie to life.

5. Lilo and Stitch 2: Stitch has a Glitch

Lilo and Stitch’s original story was about a young girl, misunderstood by 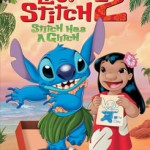 the people around her who finds a friend in an alien outlaw. The original has always been a favorite of mine because of the art, the characters and the heartwarming story of a little girl gaining a friend and an adorable alien learning about how to be good. Nothing from the first has been lost in this sequel, the art style and quality remains much the same keeping watercolor backgrounds that complement the Hawaiian scenery and the characters are all here again with nearly the same voice cast. The story puts Stitch’s life at risk and creates a divide between himself and Lilo.  The story tests everything that has happened in the first film but never in a way that leaves us feeling like its rehash of the movie we already watched. Throughout the movie, we feel there is a gravity towards what is happening making us concerned for every characters well-being. The story is both heartwarming and heartbreaking at times when we see Stitch and Lilo fighting. It makes up for the movies based on the TV series created after the original series and never makes an connection with them at all, making it a true sequel that the fans wanted.

4. Cloudy with a Chance of Meatballs 2

The original movie was a surprisingly funny story built on the creative premise of a machine that makes it rain food. The sequel takes place 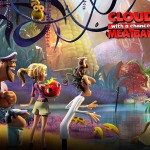 literally immediately after the first without missing a beat. The characters move off the island while clean-up of their home takes place. In the time that they are gone, the machine created to make water into food malfunctions even further, creating sentient mutant food. Flint and the heroes from the first return to the island to make things right. The humor is spot on in this sequel and the mutant food creatures are the highlight of the movie. Ranging from the bizarre to the adorable these characters are endearing and we are left wanting more. Most of the best jokes of the movie refer to puns on their names or visual humor when some of the food is scared. The main villain feels vaguely threatening in the beginning but quickly proves to be more than something to be brushed aside. The movie is charming in many ways due to these characters and the music serves well to keep this an upbeat movie that leaves you with a good feeling. 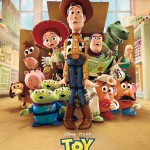 In 1995 Disney and Pixar released Toy Story; a computer animated story that made us all rethink the treatment of our toys. It starred Tom Hanks as the cowboy doll Woody and Tim Allen as the space man action figure Buzz Lightyear. The story for the original was about a clash of personalities with the conclusion of Woody and Buzz becoming the best of friends. One house move and a missed flight to Japan later we return to find the toys gathering dust on a shelf. Significant years have passed and Andy, the toys’ owner, is grown up and preparing to leave for college. Andy’s mom takes it upon herself to donate his old toys to a day care where they can continue to be played with. One of the big things that has made the sequels to Toy Story infamous has been time. It started in 1995 and then a sequel was released in 99 when it was still fresh in our minds as children and the plot still worked for us as children. Then in 2010, 15 years after the first, we come to see Andy as a young adult, as many of us who saw the first movie when it was released. The movie makes us nostalgic for both the first movie and the toys we had as children. The movie isn’t all seriousness though, the laughs from the first two are still here and the animation has evolved with the technology used to make the movies. We get beloved returning characters and new characters who feel right at home to the originals. The original characters still touch us and the story in 3 has a little more focus given to the human characters than the first two, making it feel that little bit more personal.  It’s a movie that feels like it’s made for not only children today but for those of us that watched it as children in 95. The movie is wonderful and will lead you through a range of emotions.

Hiccup is a young Viking from the village of Berk where Dragons have long been an arch enemy. In the first film Hiccup captures a Dragon in an 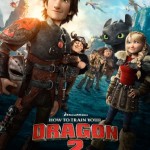 attempt to prove himself to the village. When he tries to kill the dragon however, he finds that he can’t bring himself to do it. Hiccup releases the dragon, names him Toothless and quickly become friends. Learning that the dragons his village fought against are misunderstood he tries to convince them to stop fighting. Now in the second film we see the village of Berk, 5 years later where the dragons are now seen as pets and companions. This new way of life is threatened though when a Viking named Drago Bludvist brings his dragon army to claim the dragons of Berk as his own. This movie every bit as great as the first and seeing the characters older is actually very appealing. We can see the characters shoulder more responsibility and see how the actions of the first film have affected the Berk community as a whole. Hiccups character has become more confident and dependable, creating new weapons and gadgets that help illustrate his personal growth. We also learn about Hiccups’ mother in the sequel, revealing a lot about his father’s character at the same time. Romance between Hiccup and Ingrid still take the back seat in the sequel leaving more room for action and comedy. Many of the supporting casts are given great laughs throughout the movie while Toothless remains both a fearsome and adorable creature that keeps us greatly vested in the plot. Everything in this sequel from the scores to the story is brilliant and worth watching again and again. 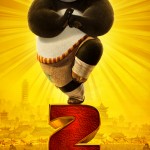 Jack Black stars as Po a Kung Fu obsessed Panda who dreams of being a Kung Fu master and hero. His dreams come true when he is chosen as the Dragon warrior. The story of the first movie is about Po learning about himself and excepting himself. The sequel has Po face up to his dark past and accept the realities of his childhood, while also fighting a self-proclaimed ruler who challenges his belief in Kung Fu. Much of Po is tested in this movie and his past comes as a big surprise, challenging the light hearted tones of much of this movie and the first. The movie uses wonderful CGI for the main story and relies on beautifully stylized animation for flashbacks. The humor is well placed at all times and works for all ages. The rest of the characters tend to take the sideline in the story but because Po’s story is so intriguing we never feel like we are missing something from the other characters. The music works perfectly too in setting tones for backstory and backing up the action scenes.