Over the past week, we’ve had our audience vote on their favorite Final Fantasy titles. Below you will find the Top 5 picks as well as some feedback from folks who voted for them, and why. 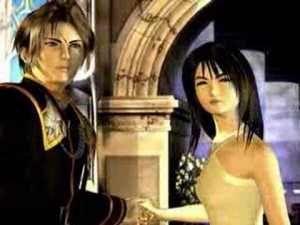 Is it weird that for as much I like Final Fantasy VIII, a small part of me wants to hate it? I mean, if anything the romance was ridiculous and if anyone understands the meaning behind “time compression” you deserve a medal from me. Then I go back to the bigger part of me and I remember what stood out for me in the first place: the fantastic introduction with the nonsensical Latin phrase (or was it actually Latin? I still don’t know), watching each new GF appear for the first time (even if it might not have been as fun each subsequent time), the admittedly cute characters (even if the romance was stupid), and the sheer feeling of power from finally understanding the junction system (and subsequently borking the system and the game)…there are a lot of reasons for me to dislike it. I was so enthralled in the golden age of Square and even though this could have been a hiccup, the game itself was still fun enough for me to play and I would play it again if time were not such an issue. It’s not for everyone, though. Tread lightly, or time might compress and you might see that Squall is in fact…dead.

The pinnacle of the jRPG released on the Super Nintendo, Final Fantasy VI (or III, in the US) is one the most in-depth and emotionally riveting games ever put out in the 16-bit generation, possibly challenged only by its sister game Chrono Trigger. The mix of magic, tech, and super dramatic storytelling made for a journey of epic proportions, one which passed through character deaths, sacrifice, and the end of the god damn world. It’s the pinnacle of the SNES rpgs, and the last one before the cinematics and long load times of VII took over and turned the FF series into more movie than game. One of the best games of all-time. 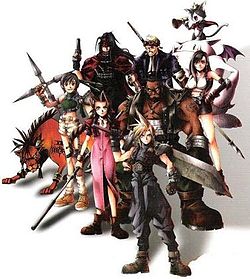 Originally released in 1997 for the Sony PlayStation, Final Fantasy VII stands as the as both the inciting force for the JRPG boom on American soil and the first in the series to take advantage of 3D computer graphics. During the mid-90s, Final Fantasy VII was as controversial as it was innovative — bouncing from console to console while putting Square and Nintendo’s relationship on ice. Despite being released on a new entrant in an already oversaturated console market, Final Fantasy VII was an immediate critical and commercial success and has sold over 10 million copies since its initial release. While it likely has the strongest legacy, Final Fantasy VII tends to have mixed opinion in most gaming circles…because of people like me. I love the complex characters, sound design, plot progression, and ‘materia’ system, but this game is so insanely popular that it almost removes me from fully enjoying the experience. There again – I’m that guy who avoided seeing Avatar for about a year because people wouldn’t shut the hell up about it. I know other people’s feelings towards this title doesn’t deteriorate its objective quality, but to hear people talk about Final Fantasy VII like it’s the best the series has to offer without them even attempting to play previous or future iterations is just a turn off. Suffice to say, it’s a great game that deserves its great reputation…I just get resentful because of fanboy-ism. 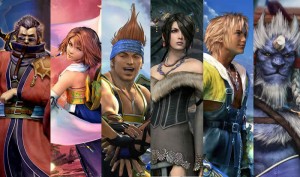 In the same way that Final Fantasy VII helped propel the success of the original PlayStation, Final Fantasy X sold PS2s like hot cakes. A disruptive innovation in its own right, the tenth instalment ended the series’ use of pre-rendered backdrops and featured voice acting with full facial animation. Many aspects of gameplay were overhauled as well, including the introduction of the ‘Sphere Grid’ levelling system, Conditional Turn-Based battle system, and removal of ‘overworld’ maps. While I fondly remember Final Fantasy X for its lovable characters, art style, and atmospheric soundtrack, my points of contention revolve around the game’s linear nature and Sqaure’s attempt to retcon the original ending with a direct sequel. While the story-driven nature of Final Fantasy X benefits from an imposed tunnel-vision, the lack of an overworld map means walking in a straight line for 80 hours and the sphere grid levelling system only presents the illusion of choice. That said – it is because of this framework that Final Fantasy X had such a resonating story and powerful ending (even though it wasn’t necessarily a happy one). Sadly, it is because of Final Fantasy X’s ending (and whiney fans) that we were treated to the series’ first direct sequel: Final Fantasy X-2. I’m of mixed feelings over the existence of a sequel which, while not at all bad, was mostly unnecessary and didn’t move the plot forward, but the fact that this title made enough of an impression to generate a direct sequel is impressive in its own right. 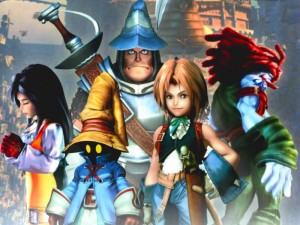 Final Fantasy IX is an exceptionally special game in the series. It was the last Final Fantasy that included a collaboration between original creator Hironobu Sakaguchi, musical legend Nobuo Uematsu, and character designer Yoshitaka Amano. Final Fantasy IX returned to the series’ roots, and brought the modern spark along with it. The game’s accessible battle system, simplistic upgrades, and lengthy side missions are all fun and addictive. The bright, colorful art style is unlike any of the other 3D Final Fantasy titles, and the graphics alone were unmatched at the time. The game is backed by an emotional, well crafted story that unfolds with unique characters (especially for an RPG) and beautiful music. You will laugh, cry, and awe while playing this game, and the memories will stay with you forever. Final Fantasy IX is Final Fantasy at it’s best, and perfectly mixes all of the franchise’s greatest achievements into one unforgettable package.