20. Batman The Dark Knight Returns Part 1 – Like the 2nd part, the art style is a pretty faithful recreation of the comic book, and it contains a much more interesting look at an aging Batman and what mayhem forces him out of retirement. 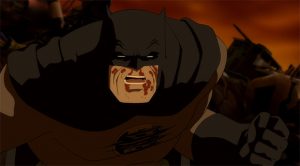 19. Justice League vs. Teen Titans – A new era for the Titans sees Damian joining the team and fighting their demons. Some added levity and hero brawls adds to the overall experience. 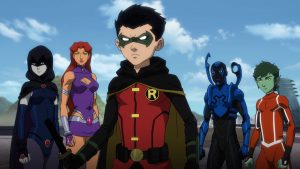 18. Justice League: Gods and Monsters – Alternate or evil versions of comic heroes isn’t a new device, but Gods and Monsters has a nice spin on it with these characters being something familiar and new at the same time. 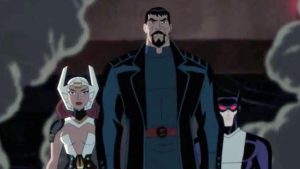 17. Batman: Bad Blood – This movie has nunjas! I mean do you really have to know more? It also features the debut of Batwing and Batwoman to the animated universe. Really cool set-pieces and solid voice work. 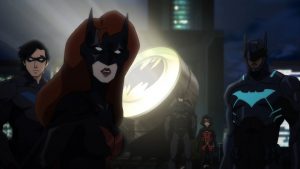 16. Batman: Assault on Arkham – Don’t let the name fool you, this is a Suicide Squad movie… that actually gets the concept of the Suicide Squad. A heist mission with way too many wildcards makes for an exciting ride. 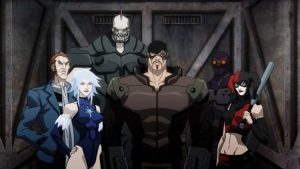 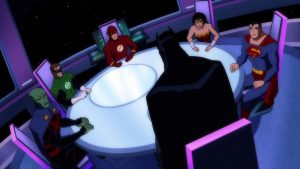 14. Batman: Year One – A pretty faithful adaption of the comic book. It does a serviceable job with a really likable voice cast, but doesn’t add much new. 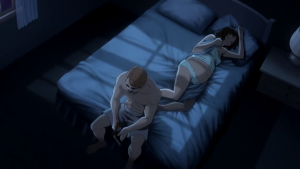 13. Superman: Doomsday – A very loose adaption of the Death of Superman, and the first movie in the series, had some bugs to work out. But solid voice cast, unique art style and big fights push it over the top. 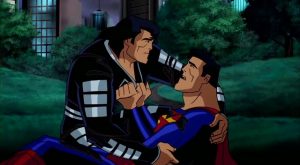 12. Teen Titans: The Judas Contract – Oh another loose adaption! Based off the seminal Teen Titans story (and a DTV long in the making; was originally planned at the third of these films), The Judas Contract does a great job of modernizing the story while keeping the heart and betrayal at the center. 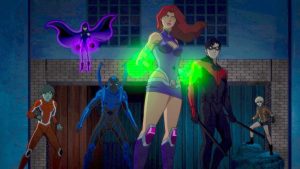 11. Justice League: Throne of Atlantis – While most of the adaptions above were pretty good recreations of the source material, Throne of Atlantis is one of the few that really takes the core concept and improves upon it. Mostly by using the story to introduce Aquaman and his world to mankind instead of being a part of the universe already. 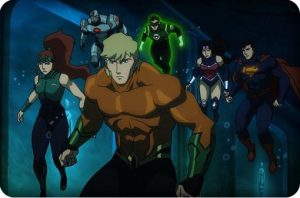