The Great Comic Book Event Event of 2011 is A-Go

We mentioned this at the tale end of last year, that we would be reading one major event from both DC and Marvel a month in what we are calling The Great Comic Book Event Event of 2011, and since we are now in that year, the event is a go. Now we won’t be able to hit ALL the major storylines, sadly comic book writers didn’t think to limit themselves to 12 events, but we will try and hit all the big ones. 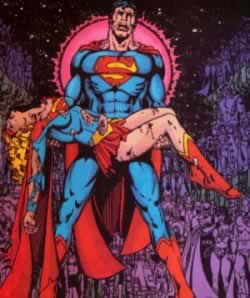 Readers are more than welcomed and even encouraged to read along, we will be checking out Secret Wars first and then Crisis on Infinite Earth.

Here is a tentative schedule for the rest of the year

Yeah, we need some slight help in narrowing down the Marvel picks….