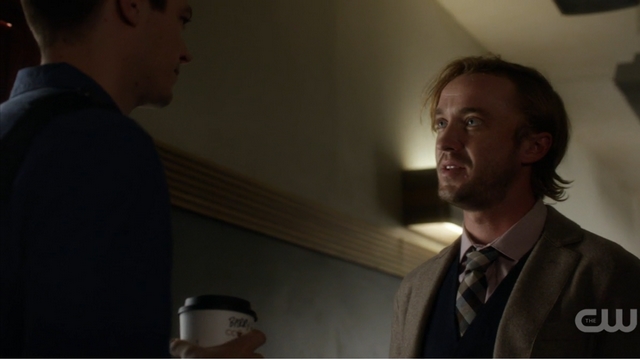 Spoilers are coming at breakneck speed.Our episode starts with Barry (Grant Gustin) and Cisco (Carlos Valdes) being roomies. Can this be a sitcom? Caitlin (Danielle Panbaker) makes a stop to meet Dr. Tanhauser (Susan Walter) aka mom. Turns out Mom is an expert in cyrotherapy. Caitlin needs her help to fight off being full blown Killer Frost. Also, it turns out HR (Tom Cavanagh) is something of a lifecoach. Side note: Earth-19’s coffee beans have been wiped out. Oh boy, we aren’t visiting.

Now the episode gets better when Julian (Tom Felton) essentially tries to get Barry in trouble with the principal. So what happens?Captain Singh (Patrick Sabongui) disregards it because well he does an awesome job. Barry is a darn good CSI all things accounted for — Julian wasn’t feeling that slap on the wrist warning though.

Then things get weird even for this show. A monster (like kaiju status) in downtown Central City. Then the thing does a disappearing act after scaring everyone and their mom. Barry tries to smooth things over with Julian. How exactly? By appealing to his ego of course!

Caitlin then “enjoys” some family time. So mom is quite the scientist and that fueled Caitlin to be a brilliant scientist herself. However, she wanted to make a name for herself outside of her mom’s shadow. But it as it turns out Mom is kinda cold (hehe). So Cait’s dad died and mommy dearest coped by burying herself in her work. It’s sad.

Things start to get weird when HR’s contribution to the team is called into question. Like clockwork Cisco has trust issues. Can’t blame him seeing as every Wells has been a liar thus far. HR is actually also a novelist, huh go figure.

Along the way, Cait loses her cool and turns on her Killer Frost persona. Before she’s kills a pushy scientists, she and mom talk it. Seeing Caitlin and her mom address their issues is so human and moving. *Sniff* 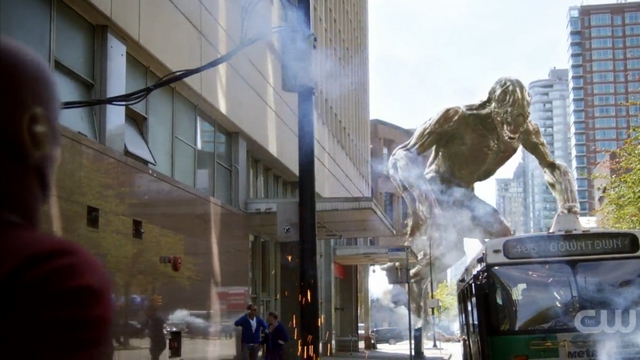 The other dynamic at play is why Julian hates meta humans. He sums it up best; people have all these powers and are commuting petty crimes. Mr. Albert admits to Barry he would do some good in the world. You know, he has a point. But that’s what separates small time villains and the seasonal villains it’s aspirations!

So the monster shakes things up again and leaves the team stumped. Julian and his brilliant mind deuces the monster might be remote controlled. The monster also turns out to be a fancy hologram! Sure enough, they eventually find out the mastermind is a kid. His whole MO was to scare people because he was bullied at school. Those feelings are relatable and hardly foreign. By Julian almost shot the kid but The Flash averts the crisis.

The best part of the episode is when Barry and Mr. Albert get to talk. I mean really talk. Julian tells Barry why he’s a CSI. He comes from a prestigious family in England. However, he wasn’t the heir they imagined. The pampered life didn’t suit him in any way. Julian wanted to prove himself with science and do some good. So he became top of his class with his respective fields of study. But meta humans kinda turned the science world upside down. So he’s suffering from an inferiority complex. 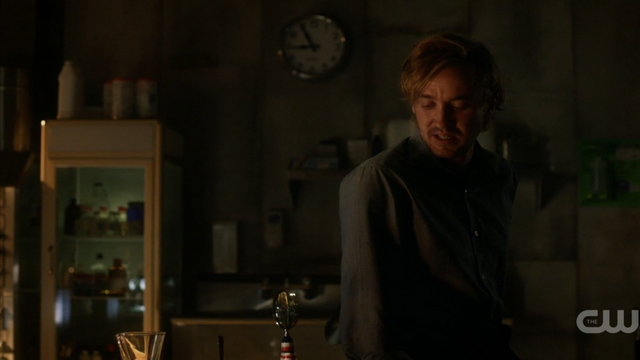 The scene is honest, as Julian lets down his walls, and opens up to Mr. Allen. No snark, no jokes, he let’s it out. Tom Felton best scene on the show by far. It ends with them heading out for drinks. Is this the start of a friendship?

In the end, Dr. Tanhauser leaves Ms. Snow with a warning. The more she uses her powers the more her powers will be to control. So we have to ask again…how long will this last?

This episode’s had some real monsters from Julian and Cait to be honest. The episode’s execution stopped them well enough..for now.

Our episode was a good run. It was a bit weaker than previous episodes due to the subdued threat. The episode main focus and best scenes were via Caitlin and Julian.