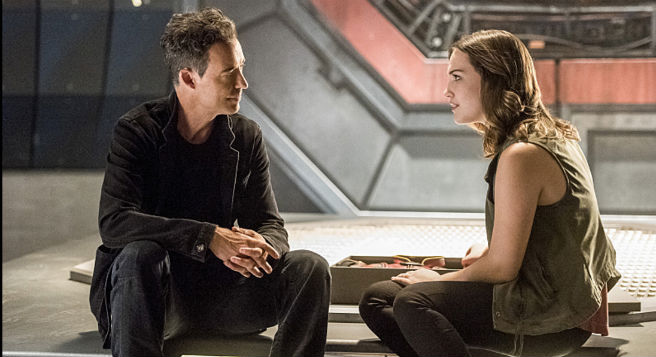 Super sonic spoilers ahead! In the latest Flash episode we were treated to a series of three major conflicts. Each issue had their own share of problems but did they resolve themselves in a…speedy manner? (Not sorry)

In the beginning, we’re treated to a rare sight. A jittery Barry (Grant Gustin) can’t wait for his date with Iris(Candice Patton). It’s funny because waiting for speedsters feels like an eternity. As Barry and Iris proceed (after 3 years!) with their date, things don’t go their way. Mr. Allen and Iris awkwardly get through their date. Can they even have a normal date? Their lives are far from normal.

Thankfully we’re saved from the cringe as they are summoned to Star Labs. Everyone gets a little breach scare as Harry (Tom Cavanagh) from Earth 2 pops in. Harry seeks Team Flash’s help because Jessie(Violett Beane) is now a speedster. If you’re keeping count, that’s five that are running around.  Now within minutes Wells realizes Barry screwed up the timeline. As Jessie stretches her legs in the Speed Room, Wally (Keiynan Lonsdale) leaves. He’s clearly conflicted she has powers and he doesn’t.

Now the next conflict takes place in a small apartment. Here we meet Frankie (Joey King) and her crummy living conditions with her foster family. Not nice things happen and another self with glowing magneta colored eyes awakens. Next thing you know a light pole crashes through the window right into her foster dad, ouch. 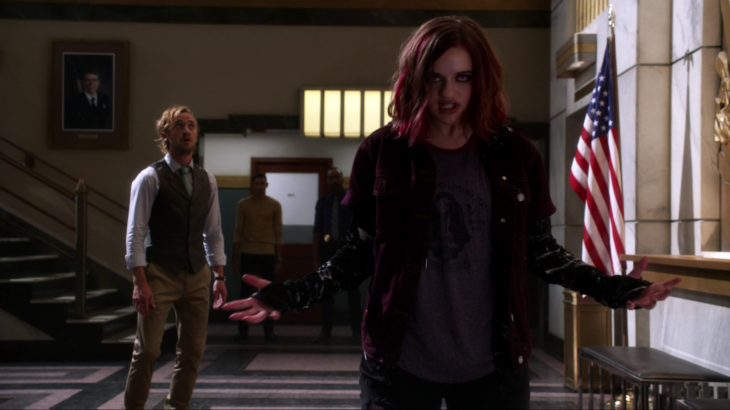 Next we then see her being questioned at CCPD as her normal self. Things get odd when Julian (Tom Felton) despite warnings from Barry and Joe (Jessie L. Martin) confronts her for hurting her foster dad — Julian’s scenes are interesting because he has no filter and speaks his mind. Normally, everyone is so nice except villains and…Harry.

Like most meta humans she manages to run away from the fastest man alive. During the episode we learn the Magneta personality wants to be clean of her Frankie persona.

Another interesting dynamic in the episode is Dr. Wells from Earth-2. He wants Team Flash to convince Jessie to not get into heroics. For a man so smart, it’s humbling to see that as a parent and he doesn’t have all the answers. The next subplot in the episode is Wally and his destiny. Right now, he’s just a young man with a genius mind for mechanical engineering.

Near the end of the episode, Magneta goes all out and readies a tanker. I can’t begin to imagine what mental abuse she suffered but you don’t mentally pick up a tanker to drop on a parent for no reason. As Barry races off to stop the ship but a problem becomes apparent. He can’t be at two places at once. So finally, Harry urges Jessie to go off and help. With Jessie’s help the Scarlet Speedster is able to reach Frankie and stop her. It’s a good win because there aren’t many times The Flash is able to talk his way out of danger. 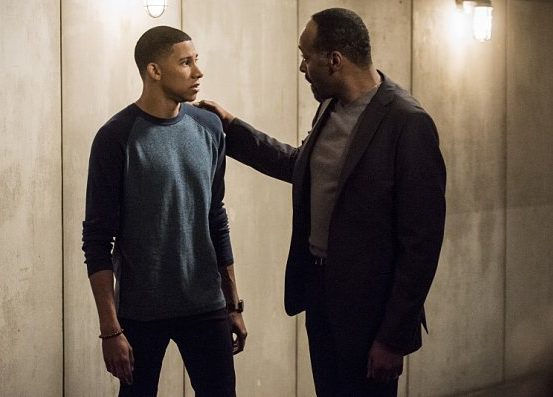 Near the end, Harry and Jessie share a sweet family moment, she gets her speedster suit (yay!) and there’s more foreshadowing of Alchemy. Barry and Iris finally go on a date where things don’t feel weird. Our episode then closes with Edward Clariss’ mysterious death behind bars. Was this the work of Alchemy?

This episode really excelled mainly because of the subplots that supported the major conflicts at hand. They add that human and relateable element that makes the show work despite the superheroics and or villainy.

The Flash keeps itself on track by focusing on it's human elements to support the superhuman conflicts.