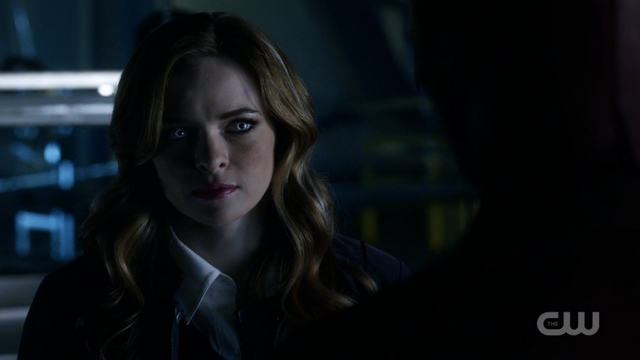 The approaching spoilers have broken all records, so be warned! Our episode picks up with Barry(Grant Gustin) in the hands of Savitar, aka the god of speed. The so called deity takes Barry on a “run” as Alchemy slips. By run he means a super power beatdown. Savitar is fast, we’re talking so fast Barry blinks and he’s somewhere else.

To help Barry in this dire situation Caitlin(Danielle Panabaker) and Cisco(Carlos Valdes) uses an interdimensional jump to stop the menace. Cait freezes Savitar and saves Barry but in doing so she accelerates her Killer Frost persona from awakening. This remains the primary focus of our episode. Everyone is understandably at wit end with Wally. The teen is in a cocoon and they have no answers for waking him up. Joe (Jessie L Martin) shares with everyone that his instinct went against this science and assurance and he could have prevented this.

Cait begins her man hunt for Alchemy. She attempts to harm a discipline of Alchemy for answers. In the process the CCPD knows something is off and she manages to kidnap Julian Albert (Tom Felton). In the process of having Julian in custody, she harms him a bit (yay I mean, bad Cait). Barry runs in in attempt to reason with her. This is where the episode is at it’s best. Cait’s brutal side tears into Barry emotionally, she tells Cisco that in the pre-Flashpoint timeline his brother is alive. So yes, Cicso gets confirmation that Barry may have killed his brother. 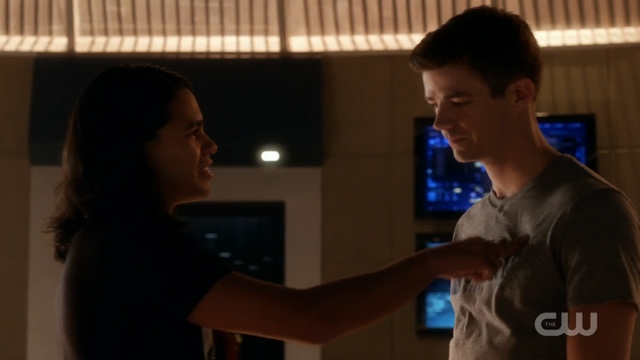 The emotional scenes never pull the breaks and keep going. As Barry recovers from his fight with Killer Frost, Cisco confronts him. Visually the scene is very powerful as he calls Barry the real murderer of his brother. Of course everyone else can’t interject because it’s true. This dialogue probably hurt more than his fight with Savitar to be honest.

Afterwards, Cait finds one of Alchemy’s disciples at home for a little Q and A. Apparently, Alchemy can take away powers but Cait is rattled at the message he shares. Supposedly Savitar has glorious plan for Killer Frost. So aside from being hunted by cops we have a super bad guy future ahead?

Eventually Cisco arrives first to the area and he’s left little choice but to fight his friend. So Vibe vs Killer Forst happens. In the process Barry gets  nearly frozen and Cisco knocks out Cait. It’s pretty sad as the undercurrent narrative is Cait and her coping or there lack of. 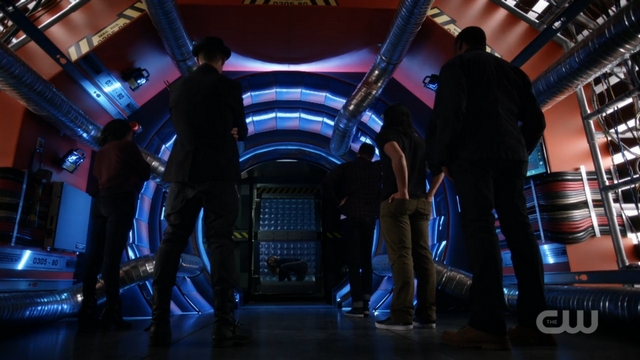 Th team confronts her in the pipeline prison and it’s not a fun conversation. Cait damns Barry from his wonderful life. In the process she mentions some of the people he’s lost along the way. A person, hero or not can only do so much.

Joe becomes highly concerned for Wally as the change in Ms. Snow has become frightening. Joe and HR work together to free Wally. As Wally is freed, it’s clear that he was freed quite early. The young West immediately runs away, leaving everyone even more scared and baffled.

Biologically, Wally needs help and the only registered doctor is Cait herself. So Barry has no choice but to ask for her help. The scene is the best in the episode and that’s saying something considering this episode had many great scenes. Barry calls out Cait on her bluff that she’s a killer. She eventually gets back to her sane self. The crew is able to save Wally in the nick of time. 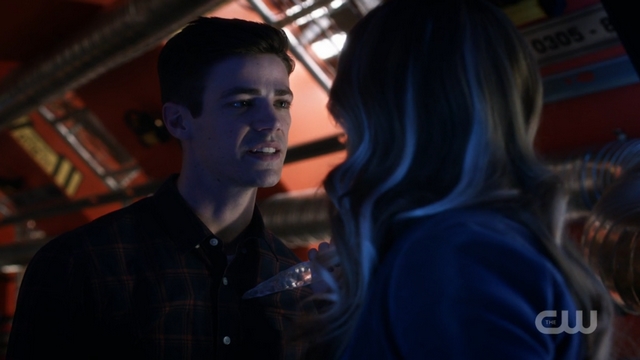 The ending of the episode, is what truly deserves on nearly every level. Wally is getting accustomed to his powers as he trains. Cait is her normal body temperature self. Barry visits Mr. Albert in jail to keep hush about Cait. Julian in return tells Mr. Allen to quit being  CSI agent. He again cites his lying and lack of understanding true justice.

So yeah, that happened, Barry is no longer a CSI. In our very last scene Savitar summons Julian to remind him of his duty. Guess what? Mr.Albert this whole time!

This was the best episode so far in the season. The main reason why is because this episode focused on it’s interpersonal relationships. The real heart of The Flash is the drama among the people in his life.