The Flash Season 3 Borrowing Problems From The Future Review – 99 Problems? 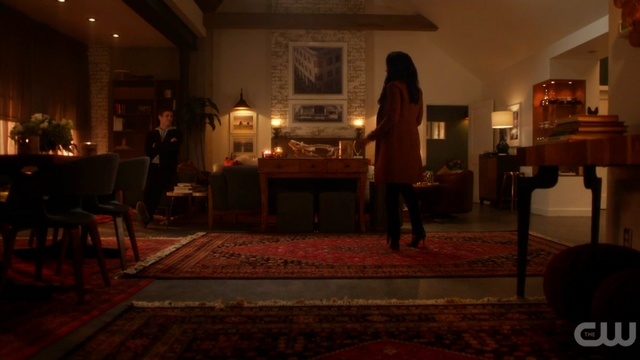 Feels like these spoilers haven’t stretched their legs for a month Flash fans! Our episode beings with Barry (Grant Gustin) suffering from nightmares of seeing Iris murdered. This leads to Barry running away from the truth(again) as Iris (Candice Patton) asks what plagues him. Hard to lie when you alert your partner with screaming in your sleep.

A local fire gives us an introduction to the dynamic duo of the Flash and Kid Flash (Keiynan lonsdale). Wally is something of a superhero intern. However, his efforts appear to be misunderstood. An unfortunate eavesdrop reveals that the CCPD think’s he’s either scared or a threat. Joe (Jessie L Martin) defends him but no one would take well to those accusations.

Back at Star Labs the team is reminded by HR (Tom Cavanagh) about his pet project. He plans to make the lab into a modern day museum. It makes sense given all their activities. Not to mention they need income to keep the lights on. How does Star Labs pay the bills anyway?

Of course in the midst of this, Ms. West and Mr. Allen are adjusting to the life and living together in their loft. That loft looks like its way past their pay grades if you ask me. 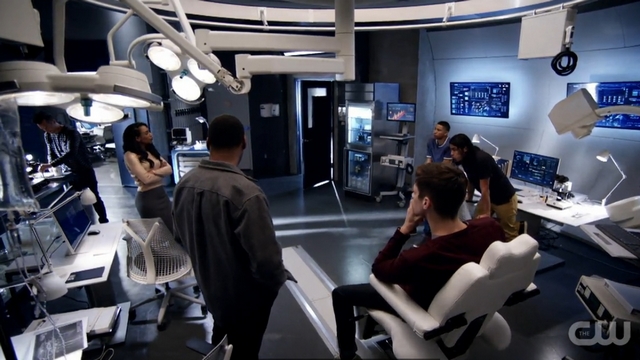 Later on we witness Caitlin(Danielle Panabaker) visiting Julian (Tom Felton) for some help. So it appears that Cait is scared Killer Frost is close by. Who better to help her take away her powers than the expert on meta humans, Mr. Albert. As usual he has a sunny disposition and blows her off. We learn that he’s seemingly ok by blaming everything on his evil persona. Cait quickly debunks his lie. Yes she’s terrified and like anyone else she’s looking for answers anywhere she can.

Next we meet the villain of the week, Plunder (Jared Morillo). Plunder is a crook by the very definition with a love of jewels and a fancy weapon. How fancy is it? It has tech that knock a speedster on their butt among other things. Barry realizes this is the same villain he saw on a news feed when he visited the future.

Our hero is concerned about the future and seek’s HR expertise as a writer. So there’s two schools of thought regarding the future. One, the future is set and no matter what will reach it’s destination. The other, the future can be changed. HR feels that the future is something set in stone. Now this is pretty heavy because depending on whom you ask, the answer isn’t clear cut. 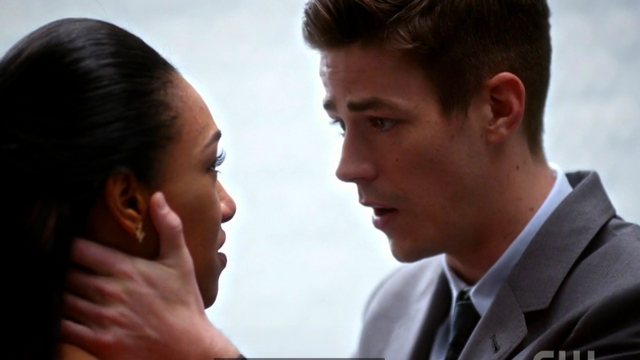 Afterwards, the scarlet speedster encounters Plunder again. Things go well enough…until we find out he has heat seeking lasers. The Flash gets distraught to the point his life is in danger. KF races in to stop their and save his mentor. This is all filmed by the way and KF introduces himself to Central City.

The young West’s heroics aren’t appreciated as Barry displaces his anger upon him. Joe even takes notice to ask Barry to put aside whatever this is. Team Flash them attends their grand opening of the Star Labs museum and it’s an utter failure!

During the course of this “epic failure” Julian stops by to accept his post with the team. Everyone is clearly confused by this new roster inclusion. So have a rare scene with everyone opposite of Cait. In a moment of vulnerability she reminds them that help is something that should be found with all the resources available.

Our episode then becomes serious as Barry and Iris talk in private. This also marks where the episode elevates itself from being ok. Confused he finally admits that he saw her death at the hands of Savitar. This was one of many scenes that show both actor and actress’s great chemistry. Together they continue to account for some of the most emotional and best scenes on the show. 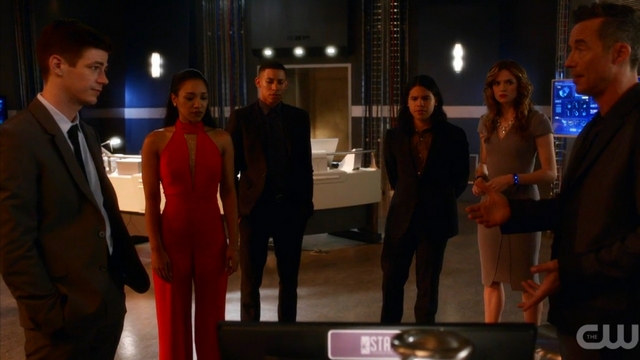 Seeking help they inform the whole team of this yet-to-be-future..except Joe. It’s agreed detective West would be a liability and risk his life unnecessarily. It’s true he’s proven to exercise a lot of reckless abandon as any father would.

The team surprisingly lead by HR, discuses the dynamics of the future and how it can be changed. To gather necessary clues and events Cisco (Carlos Valdes) and Barry vibe to the future. A news feed provides a number of events and details. This also foreshadows the rest of the season — clever! The two witness that HR is present when he wasn’t before. This supports the notion that the future can in fact be changed! Hurrah

So the team has notes of various events and have decided to alter them going forward. Now whether or not this works is the real question.

Plunder later on manages to escapes and is at large again. This time both KF and the Flash are ready to take him down. We witness our first solo KF action scene. However, it doesn’t go so well. Despite this Barry gives Wallace a much needed pep talk to get in gear. Wally’s eyes get crackling with electricity and you know what that means! Ultimately, KF stops and captures Plunder himself. Wally is then met with the people chanting Kid Flash. It’s a great thing to see this young hero getting recognition. It’s also a moment of Barry trusting his protege with his destiny. 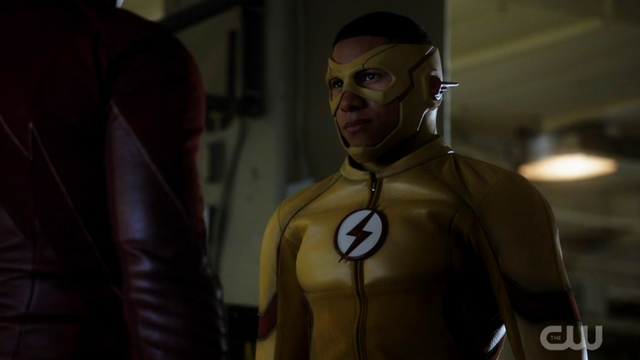 In the end, the team manages to alter an event where it’s KF that captures Plunder and not the Flash. The team also manages to get a hold of Plunder’s fancy futuristic rifle. The good news doesn’t end there. Cisco helps HR with the museum and gets local school to visit. Kids love science and naturally parents would help support that interest. The whole team as well visits Barry and Iris’ place for a housewarming party. Again their place is nice.

This was a strong episode post winter break. The whole cast essentially played their part. The best scenes again was away from the comicbooky romps. Don’t rule out the superhero stuff though, that was still very fun. This episode also reconfirms the dynamics of Team Flash and where everyone falls…for now. Season 3 has had it’s hit or misses but this certainly is one of the better episodes.

After the midseason finale The Flash returns with a very solid episode. Its starts slow in the beginning but becomes better. Everyone participated in this smooth run. Our episode excelled at setting things up for the future.