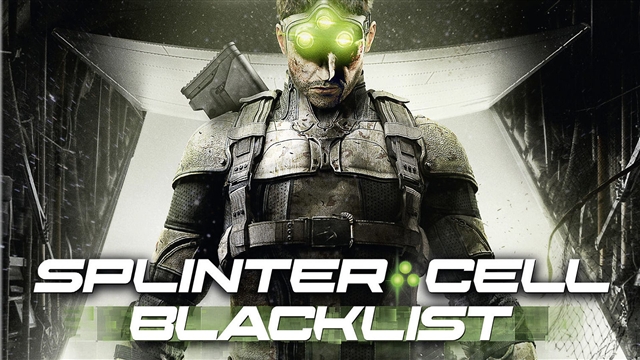 While Xbox One was undoubtedly the main focus at Microsoft’s Xbox booth, there were plenty of Xbox 360 games on display to show that the soon-to-be-8-year-old console is still going strong. One such game was Ubisoft’s Splinter Cell: Blacklist, the latest entry in the long-running action-stealth franchise. Due out in just a couple months (August 20 in the States, to be precise), Sam Fisher’s last current-gen mission looks to collate some of the series’ best aspects.

The last Splinter Cell game, 2010’s 360-exclusive Conviction, brought with it a faster, more action-focused formula, along with a host of UI tweaks. That expedient fluidity made stealth more of an offensive tool rather than a fundamental gameplay requirement, making Conviction feel more like a Jason Bourne movie than a game featuring an invisible sneak. That change in approach was celebrated by many gamers (myself among them) who were turned off by the unforgiving stealth approach, but longtime series fans (like our own Xater) were up in arms that it was no longer Splinter Cell. The gameplay of Blacklist very much feels like a compromise between Conviction and the series’ earlier efforts; Sam moves more slowly and must plan his approach more methodically, but he still retains some of the depth introduced inÂ Conviction‘s design.

For example, the Xbox booth’s demo tasked Sam with infiltrating a rainy warehouse dock in London, which was patrolled by a couple of guards and a dog while surveillanced by a distant sniper. Failing to plan and execute a path through the dock led me to death-by-dogbite on my first couple tries, while another failed attempt resulted in said dog alerting his human companions to my position. Once I figured out that this wasn’t the seat-of-your-pants approach from Conviction, I stalked the enemy AI and took advantage of their patterns to neutralize them, all while using the shipping containers as cover against the watchful sniper’s red lasersight of doom–at least until I was able to scale up to the sniper’s position and take him out too. 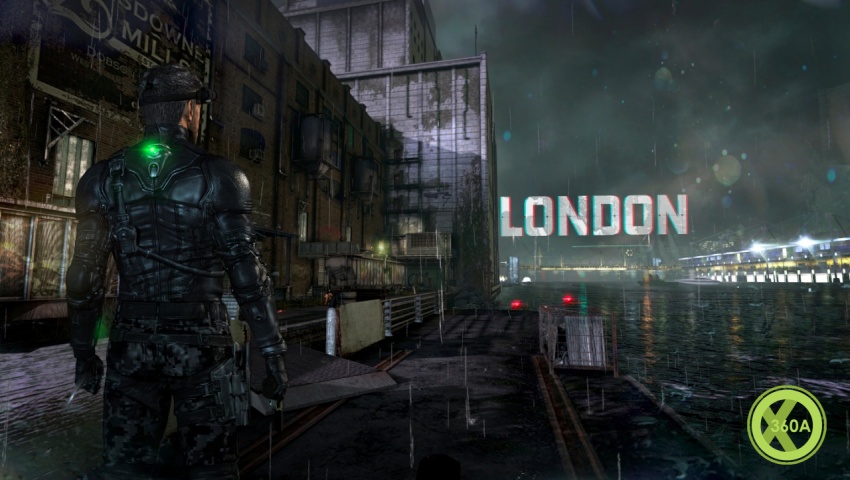 Meanwhile, Conviction‘s influence clearly shows with the way Sam snaps into, around, and out of cover, as well as the ghostly silhouette of Sam that hovers at his last known position after being spotted. Also making a return is the projection UI that layers mission objectives over geometry in the levels. Mark and Execute is also back, allowing Sam to what are essentially “points” he can use to highlight and take out enemies in style. Mark and Execute was one of my favorite additions from Conviction that added a new wrinkle to Splinter Cell‘s gameplay loop, though I’m sure some of the veteran diehards may object to its return. A new radial menu allows Sam to quickly equip his array of weapons and gadgets, including an airborne remote-controlled drone that Sam can use to take out baddies from around a corner.

Somewhat impressively, the demo attendant made a point to mention that the game I was playing wasn’t actually an E3 demo; Ubisoft brought the full game and was simply running partitioned levels off the disc. Given that the game is getting ready for release, this wasn’t entirely shocking, but the game’s already-polished state was encouraging following its delay earlier this year. The attendant also informed me that Ubisoft had another level playable at its own booth along with a demo of the heralded Spies vs Mercenaries multiplayer mode making its return from Pandora Tomorrow and Chaos Theory. Sadly, the busy state of E3 and the allure of newly-announced games prevented me from getting hands on those outings, but August 20 is closing in quickly and Splinter Cell: Blacklist is shaping up to be a triumphant return.